Hey how’s it going, everybody? Coach Kyle here and today you’re going to get the rundown on some recent vegan and vegetarian studies to keep you up to date on what’s important.

The first one is from May of 2020 titled vegans, vegetarians, and omnivores. How does dietary choice influence iodine intake? A systematic review.

Iodine is a mineral found in some foods that the body needs to make thyroid hormones which help control the body’s metabolism and many other important functions such as proper bone and brain development during pregnancy and infancy.

Iodine deficiency can result in goiters and hypothyroidism, to unpleasant conditions that are best to be avoided. Does practicing a vegan diet influence the risk of deficiency?

This was a systematic review of 15 studies that included randomized trials, non-randomized trials, and cross-sectional studies with a total of 127,000 adult participants where researchers examined their iodine intake or status by the dietary group.

They did find that the vegetarian and especially the vegan diets of these people were associated with an increased risk of lower iodine status and potentially iodine deficiency compared to omnivores or less restrictive diets. The researchers suggested that people following a vegan diet Make a bit of an effort to consume some extra iodine, and it’s not that hard! Seaweed, iodine fortified salt, or supplements can easily reduce the risk of iodine deficiency. The vegan multivitamin I take from holier does contain iodine in the form of potassium iodide from sea kelp. If you want to try some out you can get 25% with code KYLE at holierlife.com 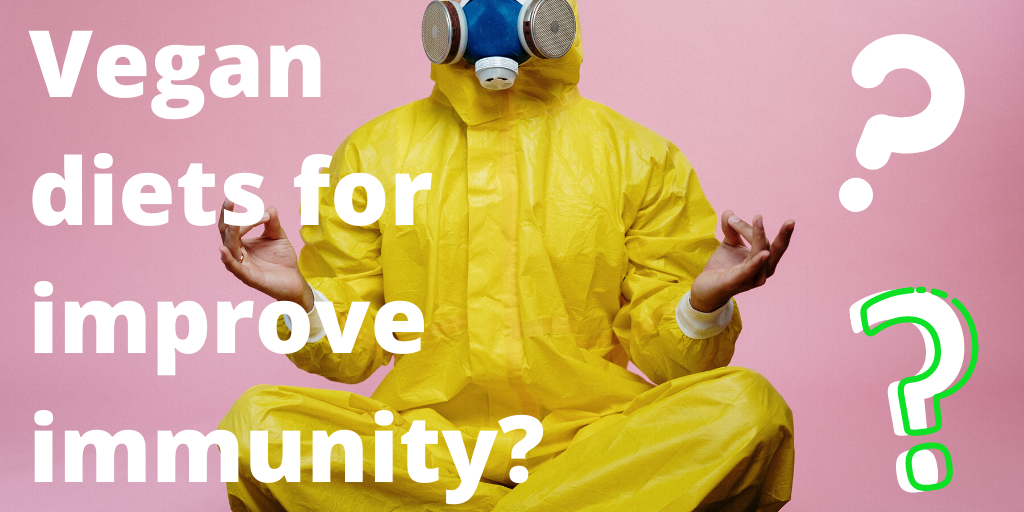 Next up we have a systematic review and meta-analysis that included 30 observational studies and 10 intervention studies looking at the relationship and effect of vegetarian-based diets compared to non-vegetarian-based control diets in terms of markers of inflammation and immune status.

Plant-based eating is typically high in fruits, vegetables, whole grains, nuts, seeds, and lagoons. Many of these foods are high in vitamins, antioxidants, minerals, and phytochemicals that may reduce inflammation and protect against chronic diseases.

This review of the literature found that vegetarian diets were indeed associated with improved immune status and lower levels of c-reactive protein and fibrinogen, both of which are prominent markers of information, compared to non-vegetarian controls.

My assumption is that people consuming a vegetarian diet are making these improvements and feeling the benefits due to two main reasons. The first is that it’s likely they’re consuming more whole food plant-based items on this vegetarian or vegan diet, but second, people who are on a vegetarian or vegan diet may be more mindful of the quality of their food sources in general. This means not only are they eating more plants but they may consume fewer highly processed foods. Even omnivores could take this as motivation to not necessarily cut out their meat intake but improve the quality and quantity of their general diet. 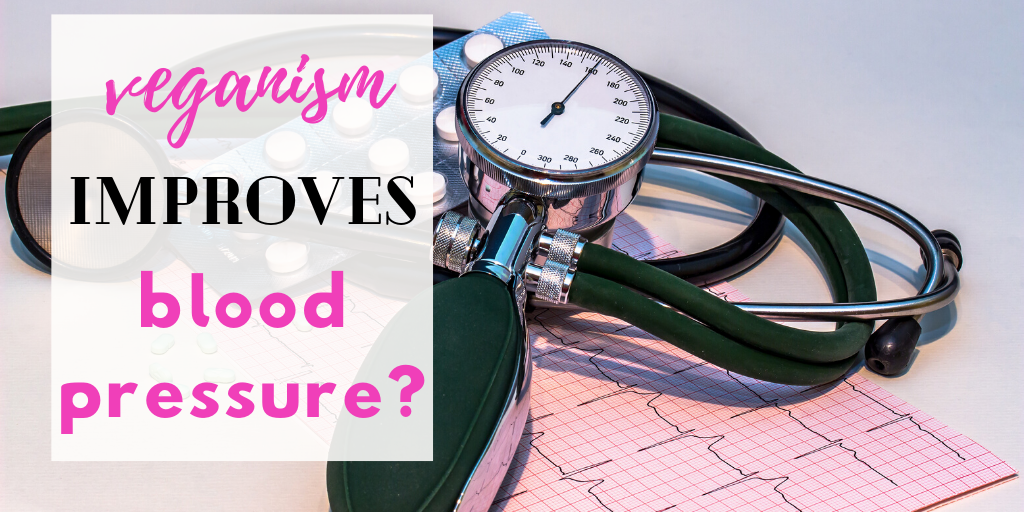 there’s a substantial amount of evidence that suggests there are great health benefits of vegetarian diets. Such eating patterns have been shown to reduce a person’s risk of almost every sort of negative condition from heart disease, cancer improving a person’s glycemic control, promoting a healthier body weight, and blood pressure.

This meta-analysis did find that both vegetarian and vegan diets significantly reduce blood pressure compared to omnivore control diets where the participants had improvements in both the systolic and the diastolic blood pressure.

As in general I suspect the benefit here is not so much from a lack of meat and animal products but perhaps due to the improved quality of a diet and the higher intake of whole food plant-based items to improve a person’s health. 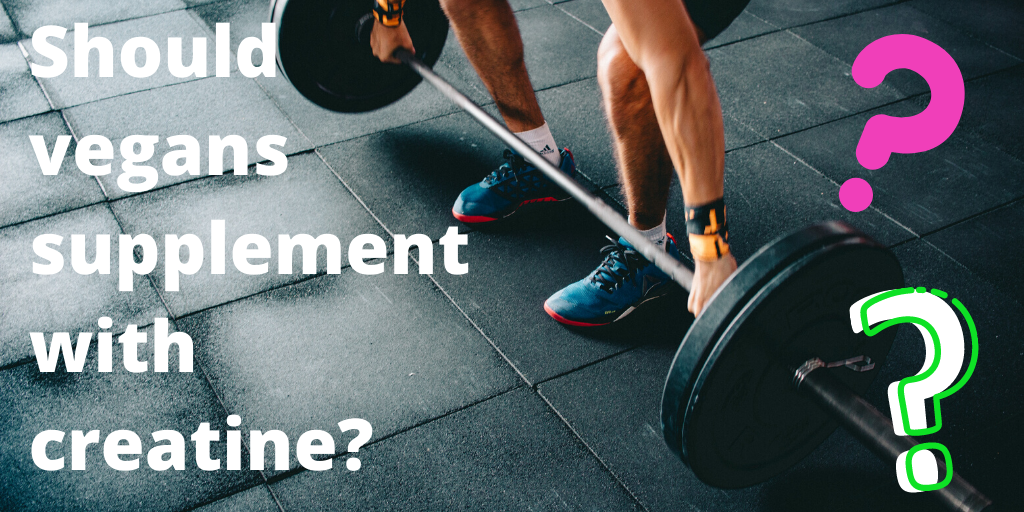 And a study for the sprinters and weightlifters out there!

Creatine is one of the most studied sports supplements available legally on the market and also happens to be one of the most effective. It’s generally not recommended to help endurance athletes but when it comes to people lifting heavy weights or sprinting there’s certainly a benefit. Creatine is naturally found in animal products and it’s been suggested that vegetarian vegan athletes who don’t consume these foods may have reduced stores, as it is stored in the muscle attached water, so it’s been further suggested that plant-based athletes may benefit more from this supplementation than their omnivore counterparts.

This systematic review that included 9 randomized controlled and prospective studies with a total of 381 participants did indeed find that vegetarian athletes who supplemented with creatine had increased serum markers that were often even to levels greater than in omnivore athletes. The creatine supplementation improved exercise performance, muscle strength, endurance, lean tissue mass, and brain function.

The creatine supplement I take is from what I think is one of the most trustworthy supplement companies around and you can get it at https://amzn.to/2ChpO7N 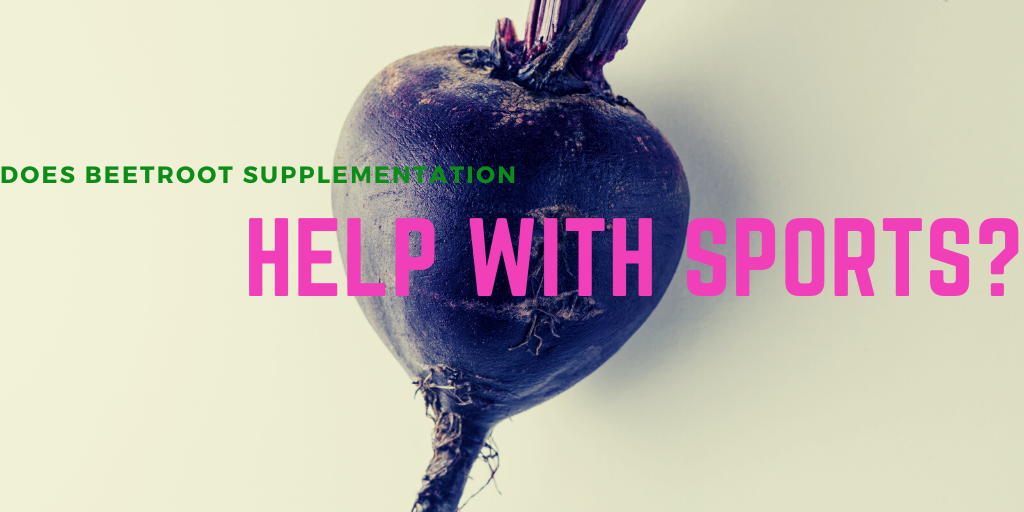 And now I have one more study for you and it’s not specific to vegan or vegetarian but it doesn’t include eating a certain plant, and that’s the beetroot!

Beetroot supplementation or drinking beet juice in general has gained some notoriety in the last decade in regards to improving athletic performance.

The nitrates present in high amounts in beetroot are broken down into nitrites which circulate in the body and are turned into nitric oxide. Elevated nitric oxide levels provide a variety of benefits, most notably vasodilation or the widening of your blood vessels which may help deliver more nutrients and oxygen to your muscles during exercise and thus enhance your athletic performance.

In April of 2020 study was published in the journal of strength and conditioning research that included 11 resistance-trained men who were put through a bench press and speed, power, and repetitions until failure test with beetroot juice or black currant juice as a control, and then 72 hours later they were put through the same test but with the different juice.

The results are indeed intriguing where after taking the beetroot juice the participants were able to generate more power and speed on the bench press and perform more repetitions until failure. The results indicate that acute beetroot juice supplementation does positively influence velocity, power, and endurance during free weight exercise tests.

And this was only with participants taking the supplement acutely 2 hours prior to the trial, I drink some beetroot powder daily mixed with some tart cherry concentrate.

If you want to get the powder I take check it out right here: https://amzn.to/2W5qnZn

So! I hope you found these helpful and interesting 🙂

With so much anecdotal evidence spread around the internet I think it’s good to continue not only hearing what works for people based on their experiences but also looking at more controlled studies to take some of the emotion and expectation out of testing a supplement or a diet I’m looking at the hard facts on whether something tends to work or not. And that’s the most important thing, even with these studies the results are only for the people in these studies! Based on your history and current habits the results may or may not be the same, but it’s up to you to decide if it’s worth trying out.

And if you’re ready to partner with a coach who understands instead of questions your dietary choices who can work with you as a teammate to improve your running, strength, nutrition, and mentality, visit kylekranz.com/pbrcoaching to learn more.