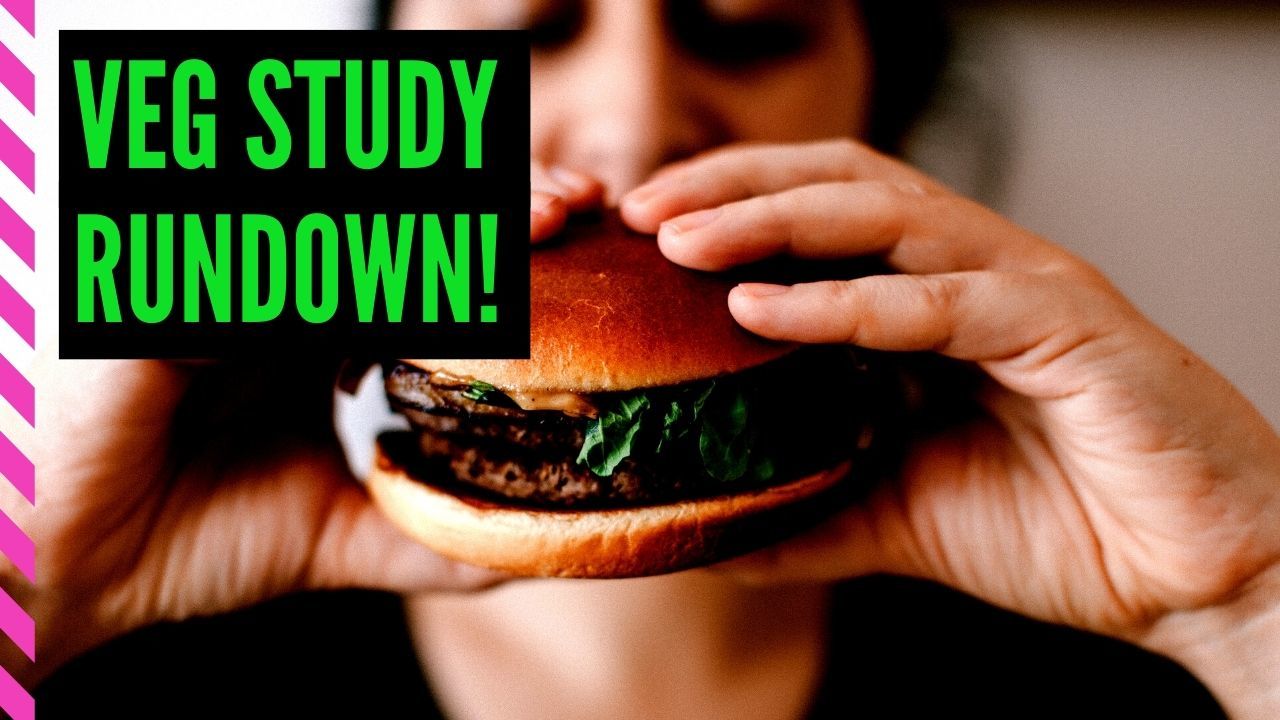 How’s it going PBers? Today you’re going to learn about a few recent studies related to veganism that I think you’ll find interesting and potentially impactful on your life.

If you don’t know, I’m Coach Kyle and I work primarily with plant-based endurance runners all over the world to optimize their training through improved run habits, easy to do strength work, and getting everything else in alignment such as nutrition, mindfulness, and anything else we may need to work on.

So let’s go over a few studies that I think you should know about!

There was a study released at the end of 2019 titled a comparison of dietary protein digestibility, based on digestibility indispensable amino acids score, in vegetarian and non-vegetarian athletes.

If you don’t know, protein quality is based on the digestibility and the amino acid content of whatever you’re eating. Typically plant-based diets do consist of foods with a lower protein quality which means they may lack a couple amino acids in high amounts or they might not be quite as digestible.

This study utilized a protein ranking system called the digestible indispensable amino acid score which was used to assess various protein sources in 38 omnivores and 22 vegetarians. How it worked was the study participants filled out extensive food questionnaires over a week and their food was ranked by this scoring system as well as having their lean body mass and strength recorded.

Now before I give you the results I want to remind you that if any vegan or vegetarian tells you that plant-based protein sources are as good as animal-based sources, they’re wrong. But like I said a minute ago if you’re eating enough calories from whole food sources you probably don’t need to worry about it. Now that being said the omnivores did have higher scoring and more overall available protein than the vegetarians as well as more lean body mass and strength. The researchers calculated that the vegetarians would have to eat an additional 10 to 30 grams of extra protein daily to make up for this loss in protein quality.

And again it’s important that having a diet with a lower protein quality does not make the diet lower quality. Research shows that vegetarians and vegans often have better overall health compared to omnivores, especially when it comes to obesity and cardiovascular health. This study is just another reminder that like vitamin B12 or iron, those on the plant-based diet might be wise to spend a little more effort being aware of what they’re eating, potential deficits, and making up for it.

When it comes to getting a little extra protein in my diet I have two favorite sources. The first is the silk cashew and almond milk that has 10 g of added pea protein per cup. In the past I’ve done some math and found that this was cheaper per gram of protein than most powders and from my personal experience it’s about 80 times easier and more convenient than having to mix a powder and shake it up and drink the disgusting mixture. But on the flip side I have found a really great plant-based protein source and that’s straight up pea protein from Anthony’s goods. Compared to your typical expensive plant-based protein powder this is cheap, more protein per tablespoon, the taste is fairly neutral with a slight dirt flavor, and it mixes better than almost any other protein powder I’ve ever used.

And get some Anthony’s Pea Protein at https://amzn.to/2ZGb4rX 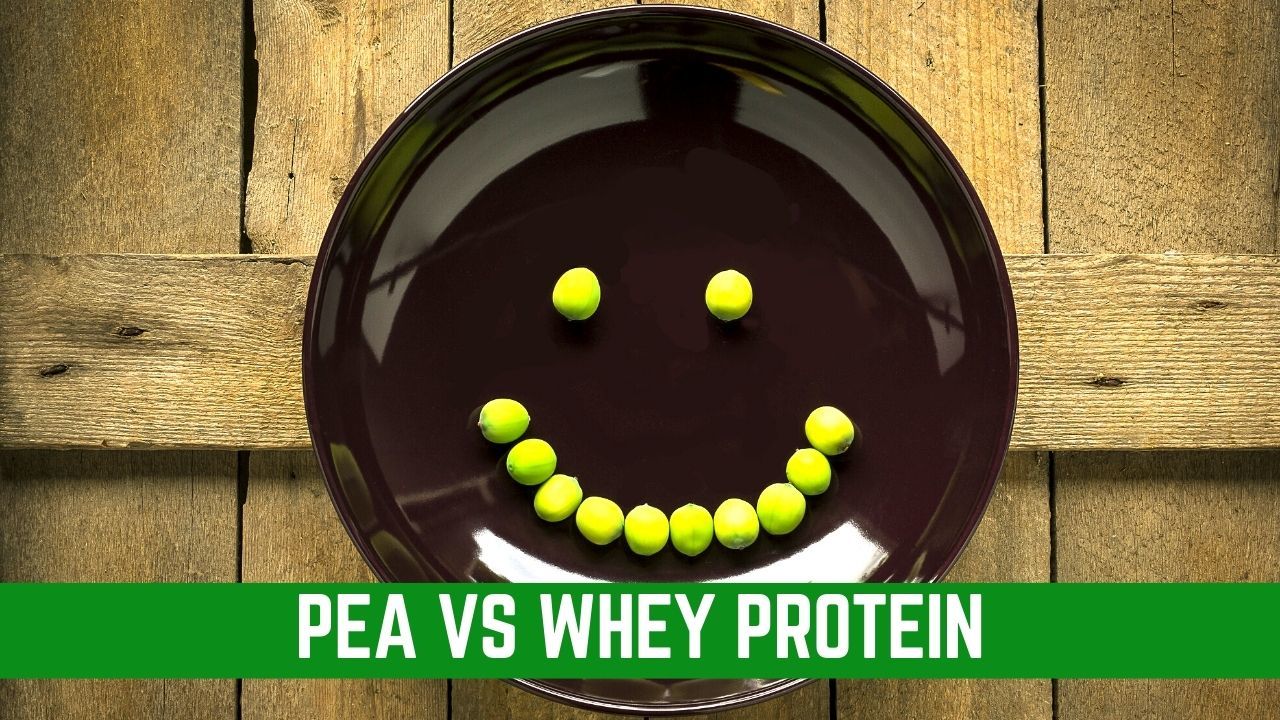 Since we’re on the subject of protein, let’s talk about another protein-related study!

This one compared my favorite type of protein which I just talked about, pea protein, versus the gold standard powder that is whey protein and how each of them affects muscle damage.

Everyone knows that to build and preserve muscle you don’t really need physical activity but you also need protein. Whey protein is by far the most common protein supplement but can vegans or vegetarians simply replace weigh with pea protein on a one-for-one gram swap and expect the same results?

This was a 5-day randomized control trial that divided 92 untrained males into three groups. One group consumed whey protein, one pee protein, and one just got water. The two protein groups received almost 1 g of protein per kilogram per day or almost half a gram of protein per pound per day, for reference. So for myself at 150 lb I would have been given 60 g of protein, which is actually quite easy to get on a whole food plant based diet of 2,000 to 3,000 calories daily without any supplementation.

On the first day all three groups performed an exercise routine designed to produce significant muscle damage and on the other days they completed a fitness test, a delayed onset muscle soreness test, and blood analysis.

The researchers determined that both the p and the whey protein attenuated blood indicators of muscle damage but the pea protein was slightly less so. And actually the test for fitness and delayed onset muscle soreness didn’t differ between the groups during the study! Just the blood markers.

It’s possible that the main reason for the difference is due to leucine, which is the primary branched chain amino acid or BCAA. In plant-based proteins from peas it’s about 8% and in whey it’s nearly 13%, so it’s entirely likely that vegans can make up the difference by simply eating a little bit of extra protein. Like I said a second ago my favorite couple ways to get extra protein easily is with the silk protein milk Anthony’s Pea Protein.

And get some Anthony’s Pea Protein at https://amzn.to/2ZGb4rX

The next study looked at and was titled dietary intake of total, animal, and plant-based proteins and risk of all cause, cardiovascular, and cancer mortality: a systemic review and dosed response meta analysis of prospective cohort studies.

The goal was to examine and quantify the potential dose response relation between intake of total, animal, and plant-based protein along with the risk of mortality from all causes, cardiovascular disease, and cancer.

This was published in July of 20 20 and was a systematic review which is a clearly formulated set of objectives with predefined eligibility criteria for studies where they attempt to identify all the studies that would meet good criteria and put them together. Along with it being a meta-analysis of prospective cohort studies which means it’s a longitudinal study that follows a group of similar individuals over time who differ in respect to certain factors which are under study.

Researchers in this review included 32 studies that reported protein intake and risk estimates for all cause, cardiovascular, and cancer mortality in adults. 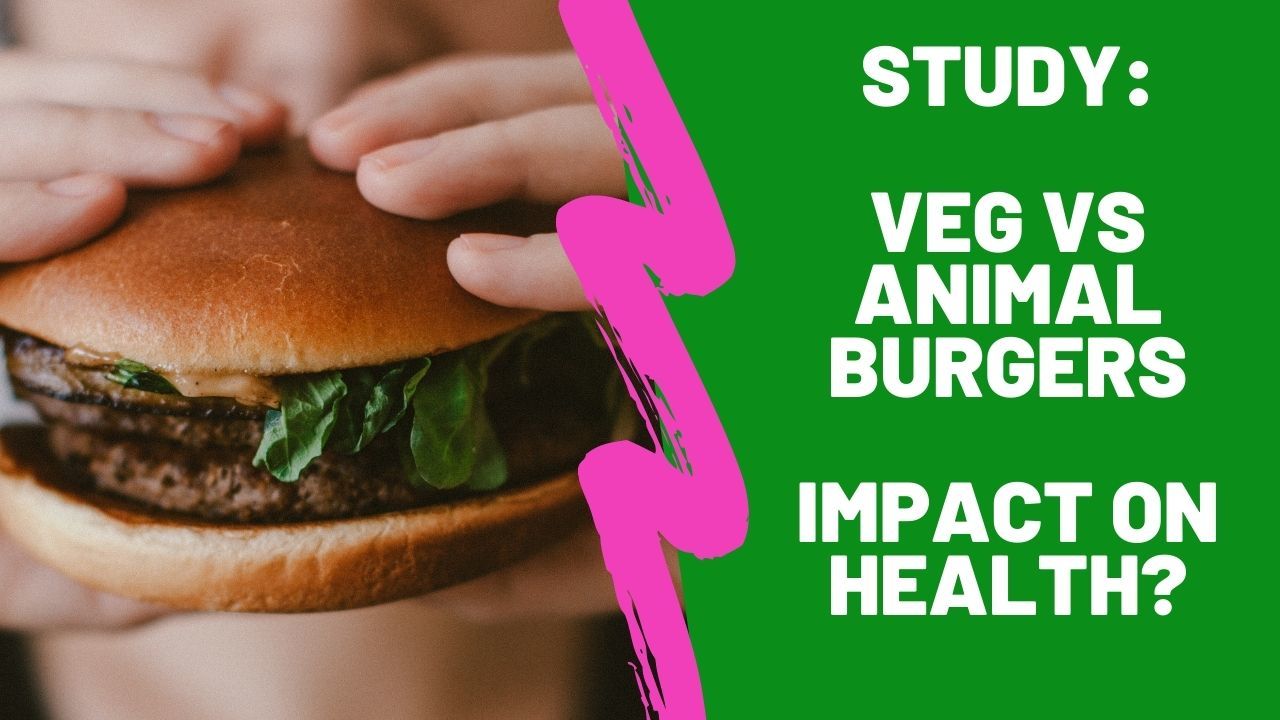 Let’s piggyback on looking at cardiovascular health with a second study. This one was interesting and it compared plant-based fake meat products that can often be classified as ultra-processed foods and something I typically don’t recommend be put on the list of healthy vegan options and certainly not whole food plant-based products, but what if you compared the effect of consuming these plant-based alternative meats with equal amounts of animal meat on health factors? So we have a showdown between ultra processed vegan meat and animal flesh.

Researchers in this randomized controlled trial had 36 participants eat two or more servings of animal or plant-based meats daily for 8 weeks before switching over to the other kind of meat for 8 more weeks. They looked at trimethylene n-oxide which is a blood marker associated with increased cardiovascular risk, lipids, insulin, blood pressure, body weight, and insulin like growth factor IGF-1 at the beginning and the end of each 8-week time frame.

So interestingly enough to participants all eight the same amount of “meat” however those who were put into the plant-based group fared better. The researchers concluded that among generally healthy adults, while contrasting plant with animal intake, and keeping all other dietary components similar, the plant-based meat eaters improved several cardiovascular disease risk factors while experiencing no adverse effects on risk factors otherwise.

So this was a pretty interesting study because even I myself rarely suggest not eating meat for health reasons, I suggest eating higher quality more whole food options and simply more fruits and vegetables. But this study kept all things equal except for straight up removing the meat and adding in what most vegans would I think classify as vegan junk food and that still improved the outcomes in this study! Maybe I need to be a bit more open to the possibility of cutting out meat not only for ethical or environmental reasons but for health reasons contrary to just increasing whole food plant-based options for health reasons. 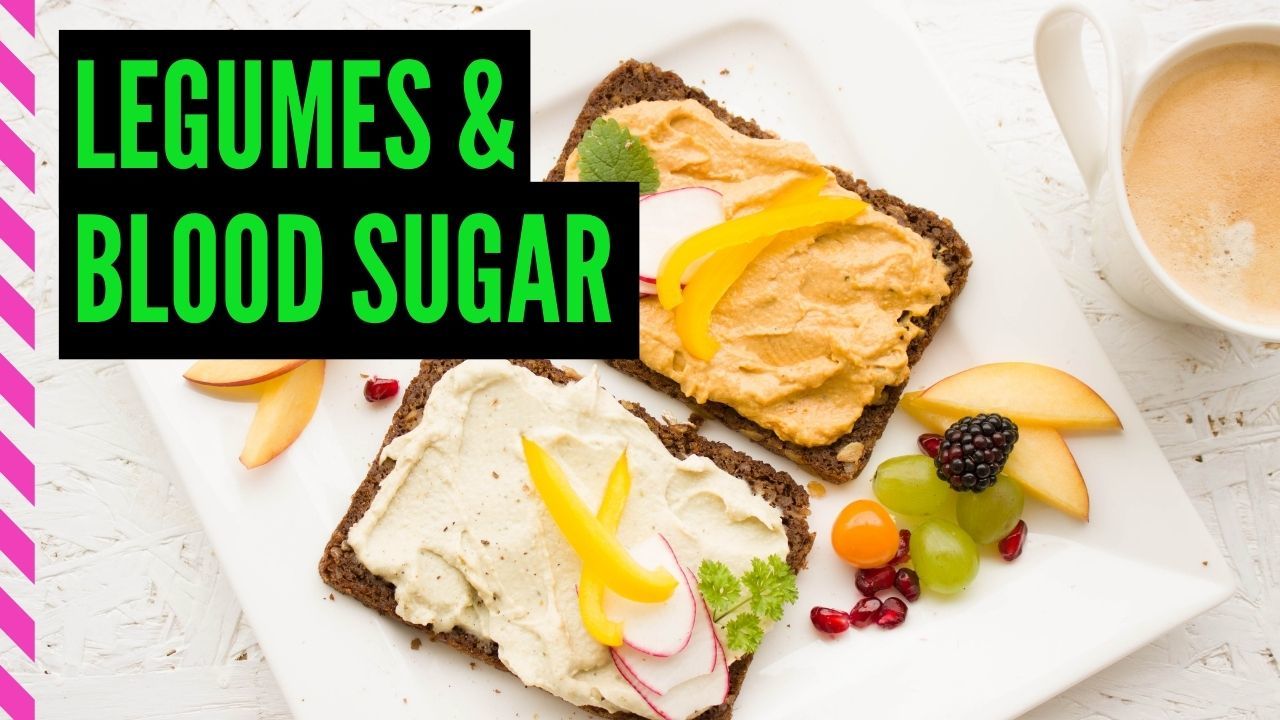 The next study looked at the effects of legume consumption on markers of glycemic control and individuals with and without diabetes mellitus. It was a systemic literature review of randomized control trials.

Legumes are a fruit or seed of a plant and there are many different types but most commonly you’ll see kidney beans, lentils, garbanzo beans, or black beans. They are generally considered to be quite healthy and are excellent sources of protein in vegetarian and vegan diets.

This systematic review included 18 randomized controlled trials and they really wanted to look at long-term legume consumption and its effects on glycemic control such as blood glucose and insulin levels, insulin resistance, and HBA1C which is something I always found quite interesting when I earned my degree in nutrition and that is a biomarker of glucose metabolism that actually reflects your glucose levels over the last previous months. I just always thought it was so cool that there was a test that could be done that could give you sort of a score or ranking of how well your body’s doing handling your carbohydrate intake or blood glucose over the last few months rather than just the micro view of taking your blood glucose in the morning.

But anyway back to the study! The researchers included five studies in diabetics and they found that long-term legume consumption did improve glycemic control. Curious enough in the other studies this was not seen in the non-diabetics. So, what can we learn from this? The findings of this review really go further to tell us that one of the best medicines for just about any health problem is to eat whole food plant-based options! The researchers say that this review supports the dietary inclusion of legumes for people with diabetes!

Now of course I’m not a researcher, just a plant-based running coach but the study really again stresses the importance in the significance of how food is the best medicine and how improving what you put in your body improves your body.

So there we have it, folks! Some great advice that I hope you can use yourself and pass on to your fellow running friends.

And when it comes to coaching and improving your running, the way I’ve seen it, you have two choices. You can decide to remain where you’re at or make a decision to improve further.