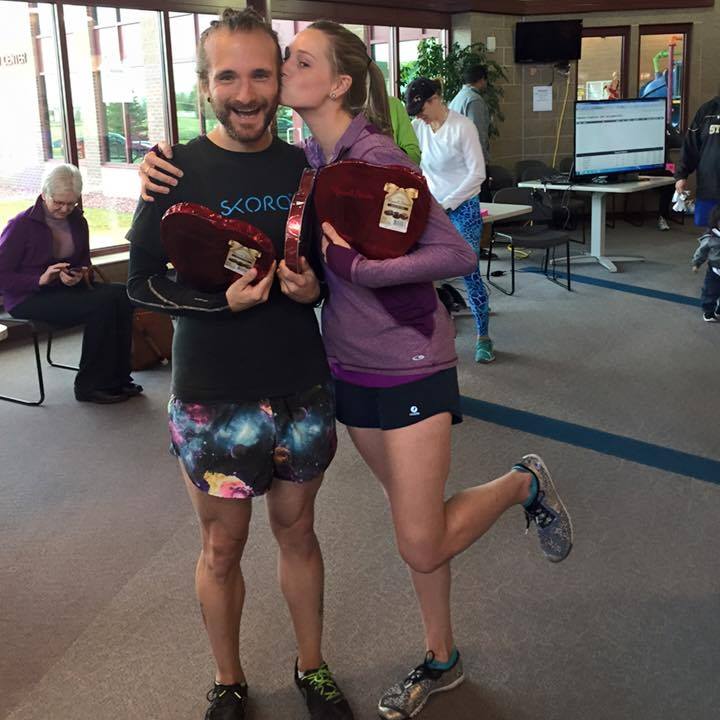 Three chocolate hearts and a cute lady by my side 🙂

Today’s run is a Valentine’s run but they do it the weekend afterwards because the Hospital puts on a 5k for Heart Health Week, plus the RD can get the big chocolate hearts for super cheap after Valentine’s Day!

It was Desi’s first 5k race ever, after about 3 months  of being a runner. Her goal was to not finish last, which she accomplished.

My goal was to run as hard as I can to judge my fitness. I’ve not done a hard workout in a few months and have been averaging more weekly miles than ever, so I wasn’t sure how today would turn out.

After that I started my GPS since I wanted an accurate pace/distance measurement of me running without the walk to the timing man. I took off and started passing people, catching up and passing the leader before the mile mark.

It was a lolly pop loop so I got to see many people once we joined back up and Desi gave me a high five!

The final mile was a bit slower and lower effort than the first two since I was solo and not 100% sure where to turn, but it all worked out.

I’m super happy with how the race ended up. My 5k time was 18:45, :09 off my PR and I’ve done absolutely zero running at this pace for longer than :30 strides in a few months and I’ve been running much higher weekly volume than I ever have before. I’m really looking forward to some more 5k’s and some PR’s!!! 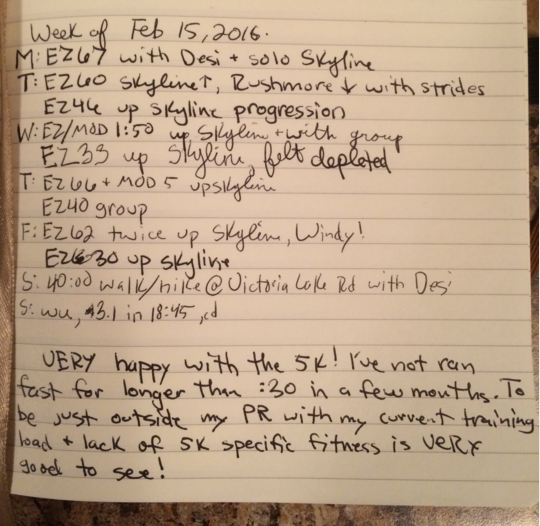 Also super happy with the last week of training.

Now comes a slight unloading week, and then back at it! 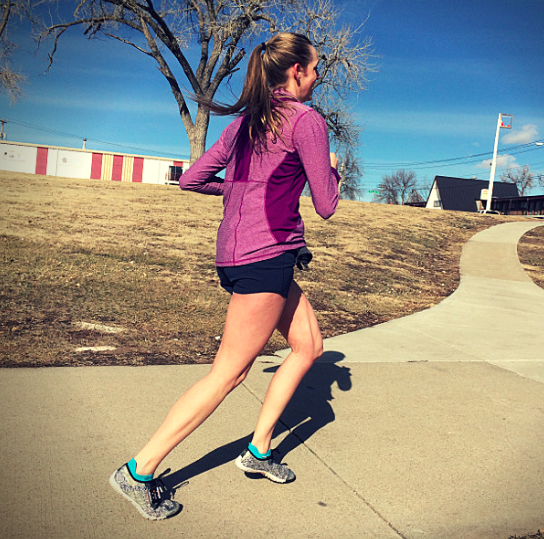