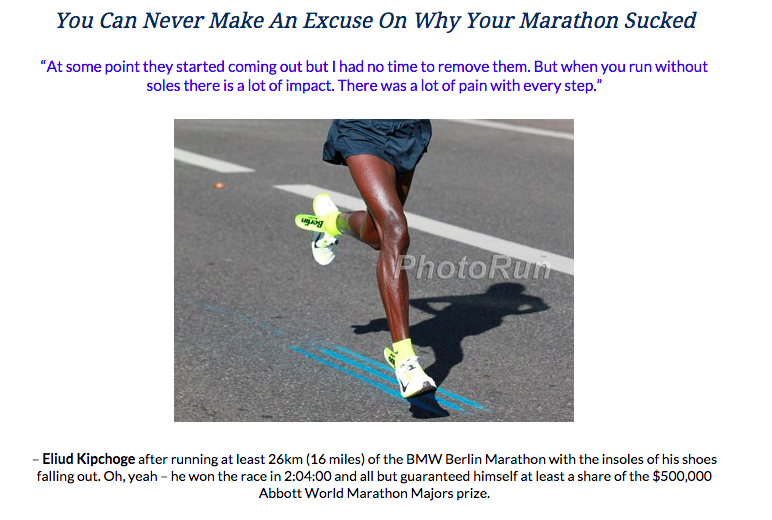 Attached is the photo the winner of the Berlin Marathon, running with the insoles of his shoes flying around.

This image reminded me of a thought I had recently about say, having a pebble in your shoe during your long run.

I considering, leaving it in.

Long runs and key works are race practice, mentally and physically. If you’re shooting for a PR, you’re not going to mess up your groove and potentially lose precious seconds taking a shoe off and removing the pebble. For the man above, he would lose contact with the lead group and likely never rejoin.

So, keep the pebble in your shoe. You’re not going to take it out during the race, so don’t take it out now.

Then, my friend Roy posted this recently and basically threw that idea out the window. 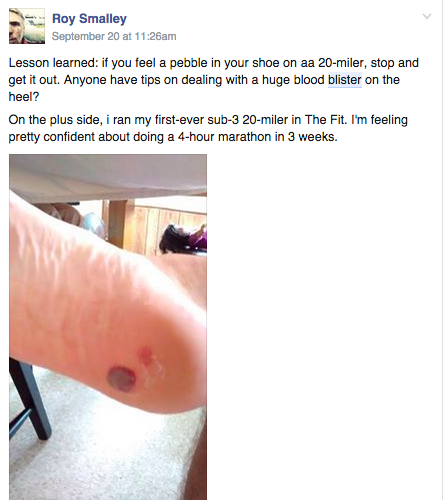 Doing a training run with an annoyance such as this is clearly dangerous. Roy has a pretty large but short term injury there. I doubt it affected his training at all, but the potential was there for missed workouts.

Aside from a blister, another risk is that running with a modified run gait do to anything pebble, a blister, or an injury can cause a compensation injury where you change your running form to feel better but that causes another injury.

So, take out the pebble!