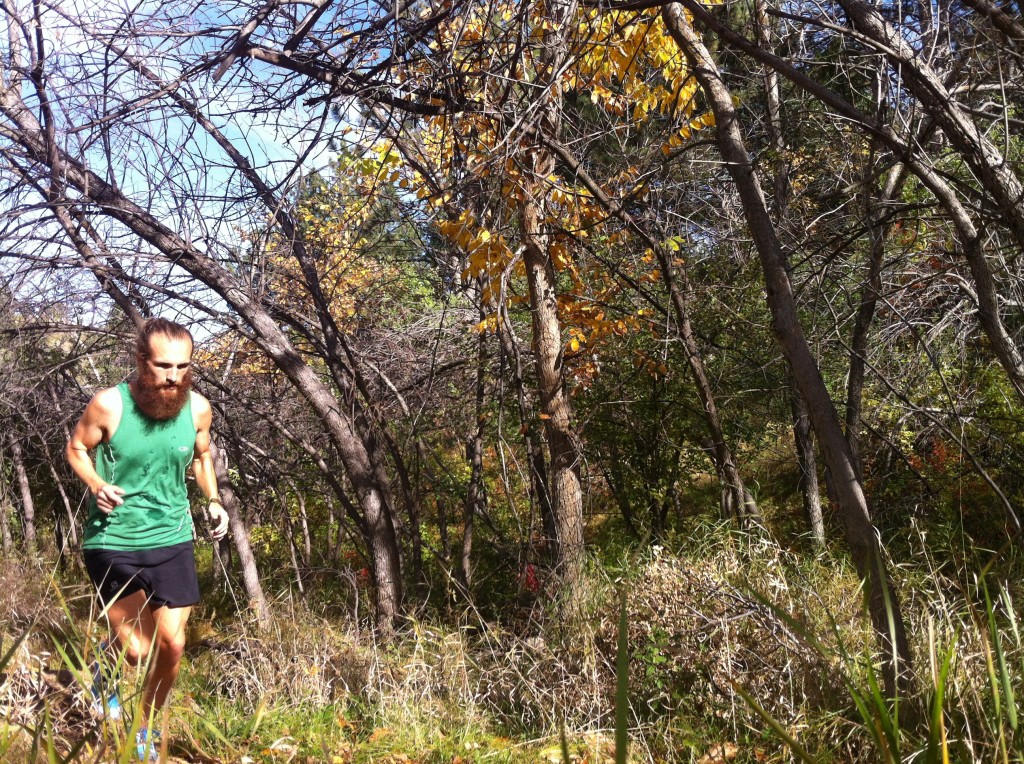 Last week was quite solid, being the first full 7 day period back in training.

One training characteristic I am experimenting with is splitting my easy days into two short runs rather than one single.

While it has only been a week, I’ve quite enjoyed the double days. There are multiple benefits that I’m seeking from this type of schedule, including:
1) For recovery, 2 short runs are less of a stress than 1 medium distance run.
2) Human growth hormone release can increase as much as 500% within 30-40 minute, but plateaus after that.
3) It’s mentally easier to do out and run for a shorter time, especially in the colder months
4) Two metabolism spikes during the day instead of just 1

Days when single runs may be better include two main times:
1) Workouts where endurance is the goal, not recovery.
2) Unloading days. 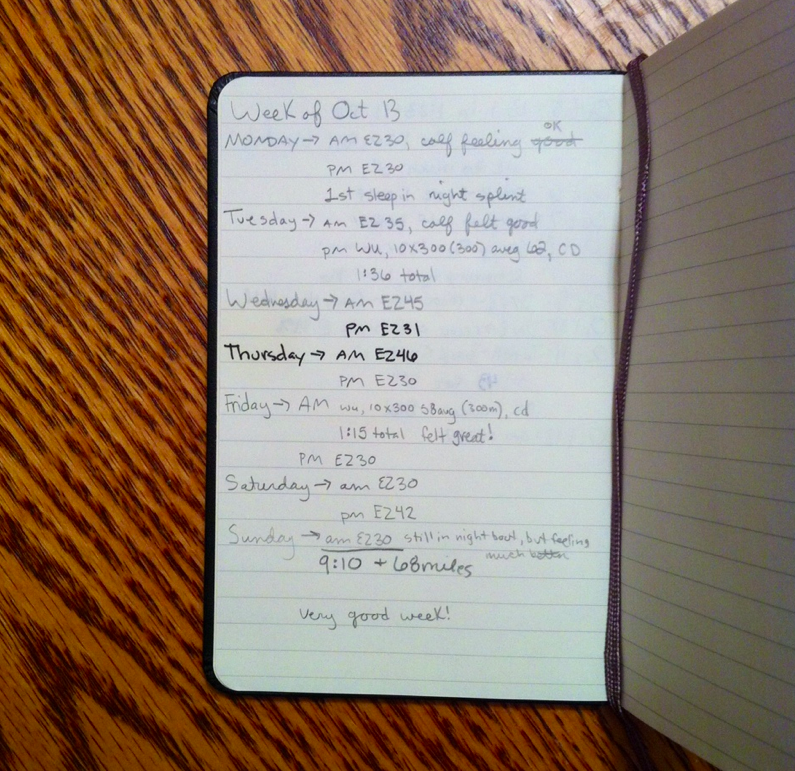 I’m pleased with a bit over 9 hours this week.

The speed endurance session was repeated twice. The first time I just wanted to go into it and run the 300’s hard but controlled, to see where I was at. This gave me a 62 sec avg 300m. Later in the week I repeated the workout but with my watch and a goal, I wanted to average just under 60 sec for the 300’s. Effort was right where it should be and so were my splits 🙂 Next week I’ll likely aim for doing 400’s at the same pace and recovery time.

My calf was quite good leading up to Crazy Horse, so I was surprised to feel it sore after the half marathon. I’ve been sleeping in a night splint and rehabbing, with great success. The only time my achilles really gives me any grief is right away in the morning before it has time to loosen up, otherwise it’s at 99% for the rest of the day.