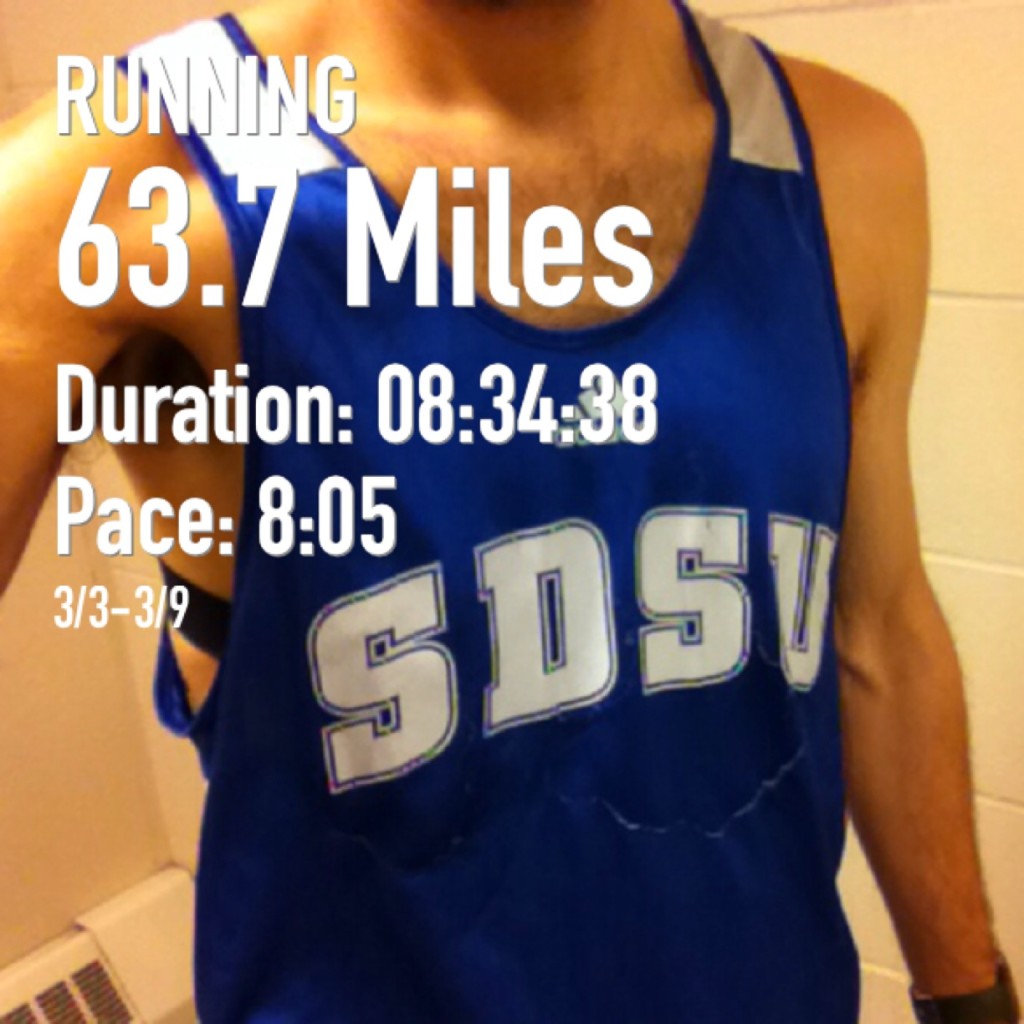 Had a spectacular week of running. I’ve been feeling much better mentally, as the temperature outside has been picking up. That does not mean I’ve actually ran outside yet, but it’s warming up! The issue with the warm up is all the melted snow freezes at night, so it’s actually more dangerous to run due to the amount of ice, even though the temp is above 0 degrees.

So, I’m still running inside on the 100m track. However from the 10th-14th I’ll be in Portland, which is looking like 60’s and some rain, and I’ll be sure to run outdoors each day. After I return, I’m hoping to be able to do a lot more of my training outdoors here in South Dakota! 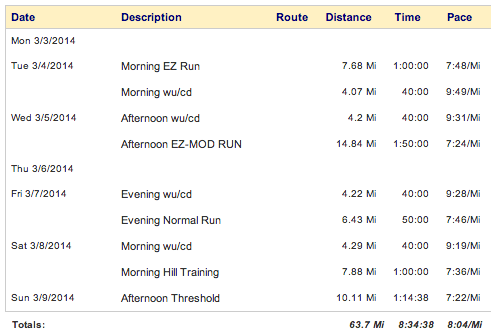 No complaints about the training either! The key workouts were as follows:

Sunday
warm up + 2 x (3200m @ aerobic threshold (5:45) with 3min jogging) + 800m at best effort + cooldown
I did the warm up on a track and moved to the treadmill for the workout, 5:45+ pace is just too fast for a 100m track.
Nutrition for the day was tea first thing in the morning. I was running at noon so at 11am I ate a single sushi roll that was left over from the previous night, along with 2c of caffeinated coffee. It’s difficult to tell, but I’m fairly certain that having caffeine once weekly does definitely improve the quality of the workout. During the run I had 130cal of CHO and afterwards I drank a bottle of soy milk with a tablespoon of Amazing Grass green powder. When I got home I had a bit of artichoke dip with a couple biscuits. Later in the evening we grilled out so I ate a some veggie burgers. 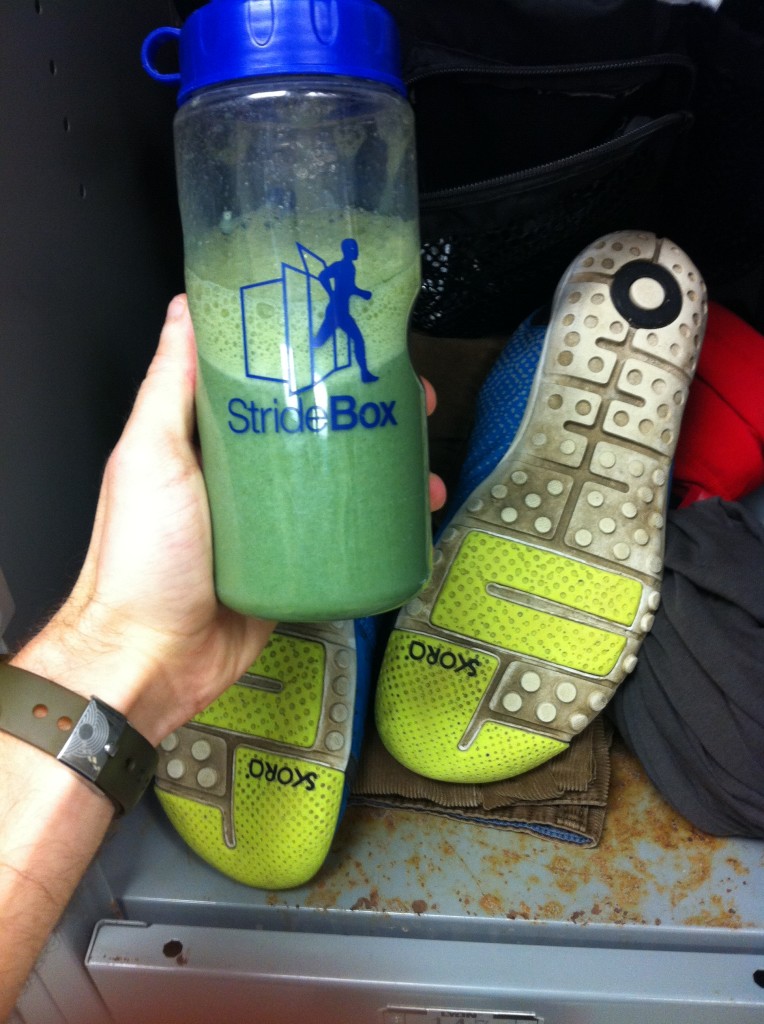 The highlight of the week was busting out my old SKORA Fits, that were at 1060 miles. Now they’re one run under 1100. I’m taking them with me to Portland to show the crew a well worn pair of Fits, considering they’re still on pre-order. They fit so good. Even my second pair with 400 miles on them does not feel as comfortable!

The disappointment of the week was just being sick. I’m feeling about 95%, I’ve just been having to use my old inhaler recently. Just a slight resistance in my throat when I breath in or out too deeply. My energy level is back up and my body feel good, aside from that little wheeze if I breath to deeply, which sometimes makes me cough. Nothing the inhaler can’t fix. 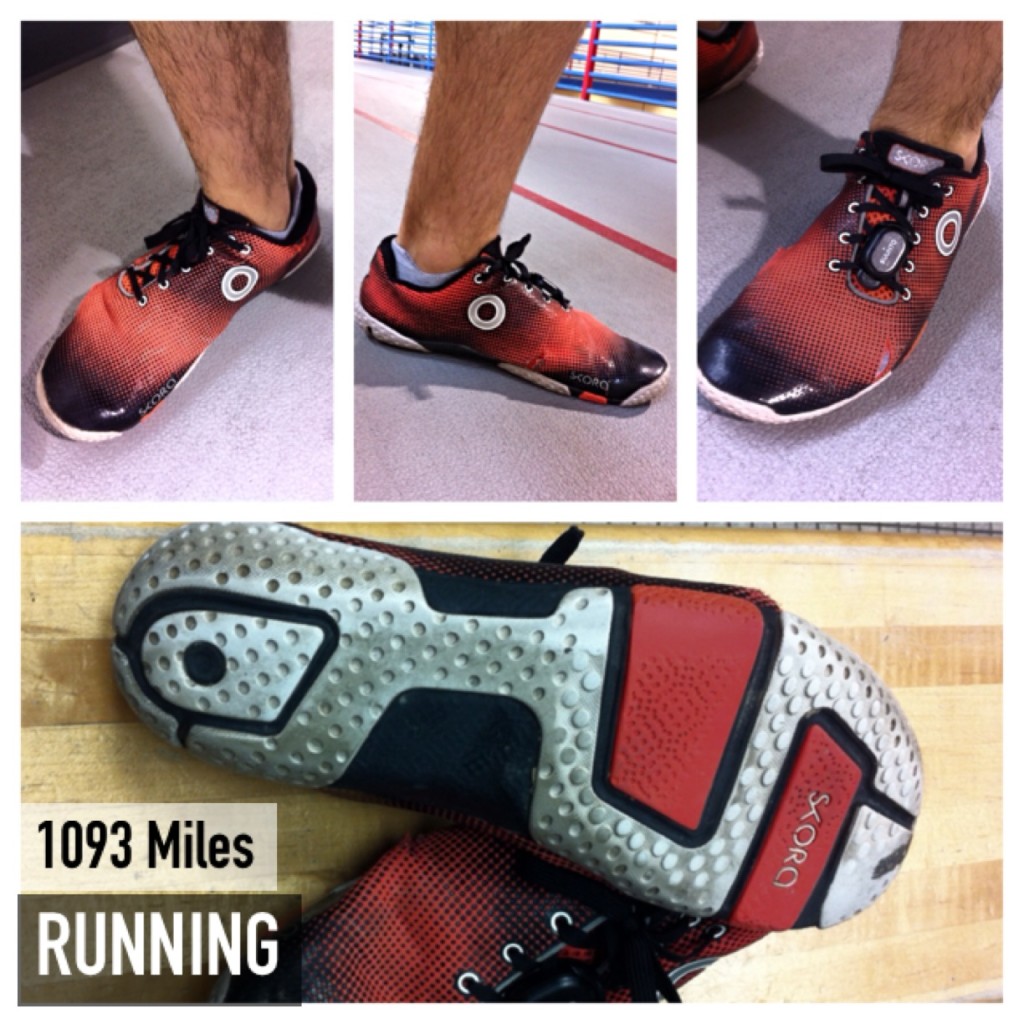