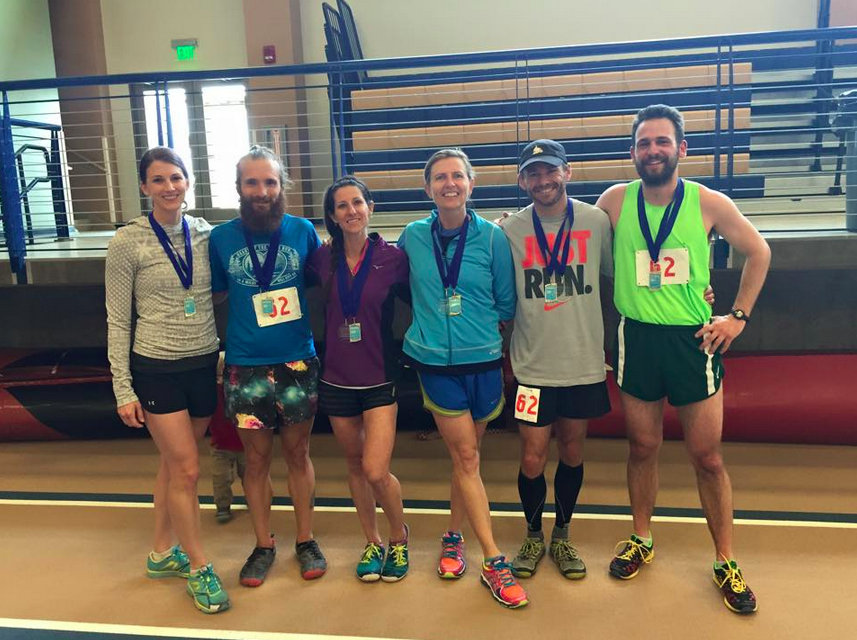 Today I was able to participate in a six person marathon relay!

It took place indoors at the enormous rec complex in Gillette, WY. A spectacular venue for such an event.

Initially I was going to do the full marathon as a warmup, long run at 90% goal marathon pace, and cool down. However Sunday I developed a fever through Monday. Tuesday or Wednesday the fever was gone, however I was in no shape to do a long run on Saturday, so called the RD to drop down to an opened slot in the relay team going from town. 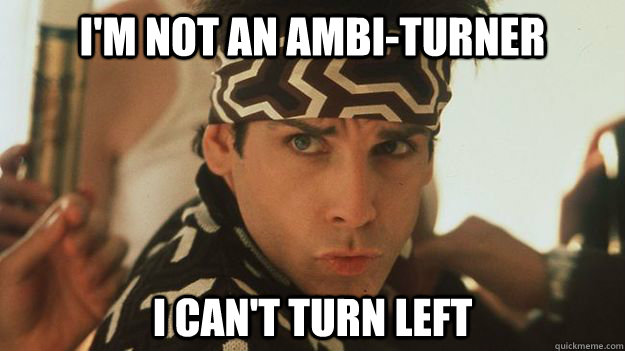 Zoolander would have had issues with this event.

With a 5k pace of 5:40 I was kind of hoping to average 6:00 pace for the 4.5 miles of my leg with 45 second laps. No doubt that would have been fine if I was healthy, however going by feel I was only able to manage a 49 second fairly consistent average with 6:30 miles. That’s marathon pace, yikes!

Moral of the story is running after having a fever and a could is no joke!

On the bright side, I was able to hang out with the rest of the team, which was super fun. This was my first relay and it was certainly a blast cheering people on and getting to talk running all day 🙂 Plus we brought home the Rapid City team’s second win in a row! 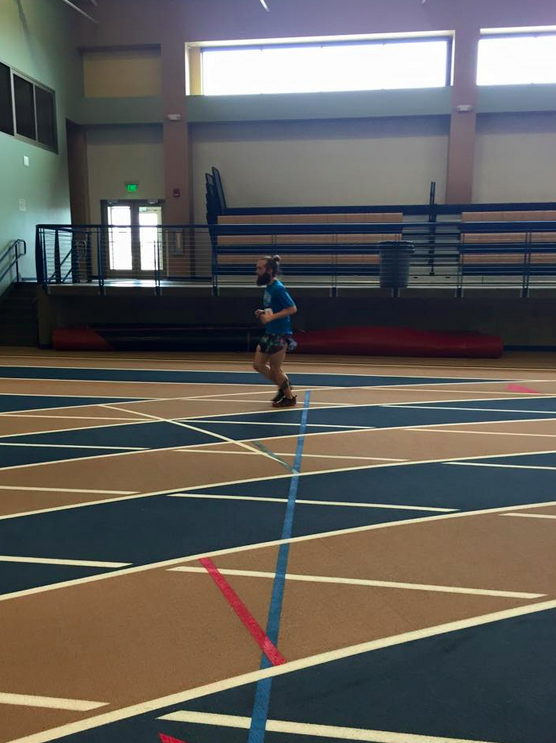