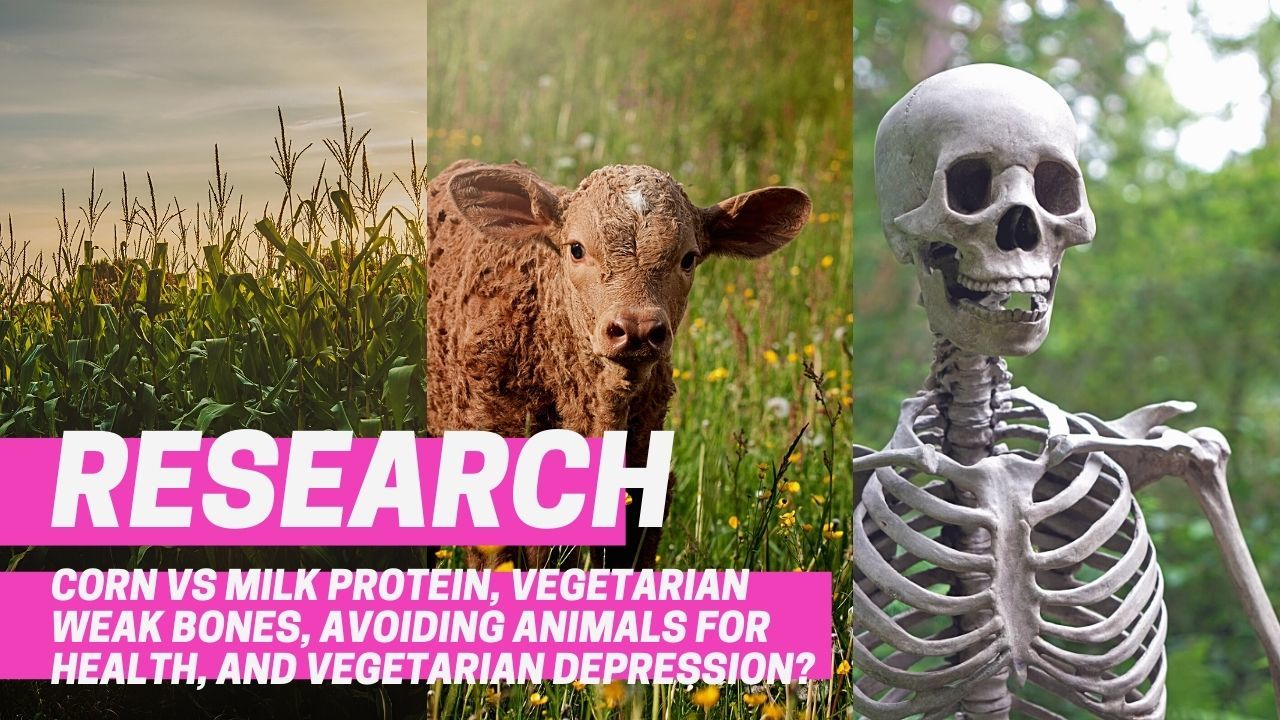 How’s it going, runner? Coach Kyle here and today you’re going to learn about some recent scientific papers related to if corn protein and milk protein similarly stimulate muscle protein synthesis, the debate about the health value of avoiding animal products, is there a relationship between vegetarian diets and depression, same goes for plant-based diet and weaker bones, and plant-based protein shakes for reducing hunger.

I’m Coach Kyle and I help plant-based runners all over the world improve their running & lives through implementing sustainable training habits, easy to do strength work, dialed in nutrition, and working on anything else that needs alignment by making it all come together with great accountability and motivation without being asked where you get your protein from.

We have a lot to learn about, so let’s get into it! 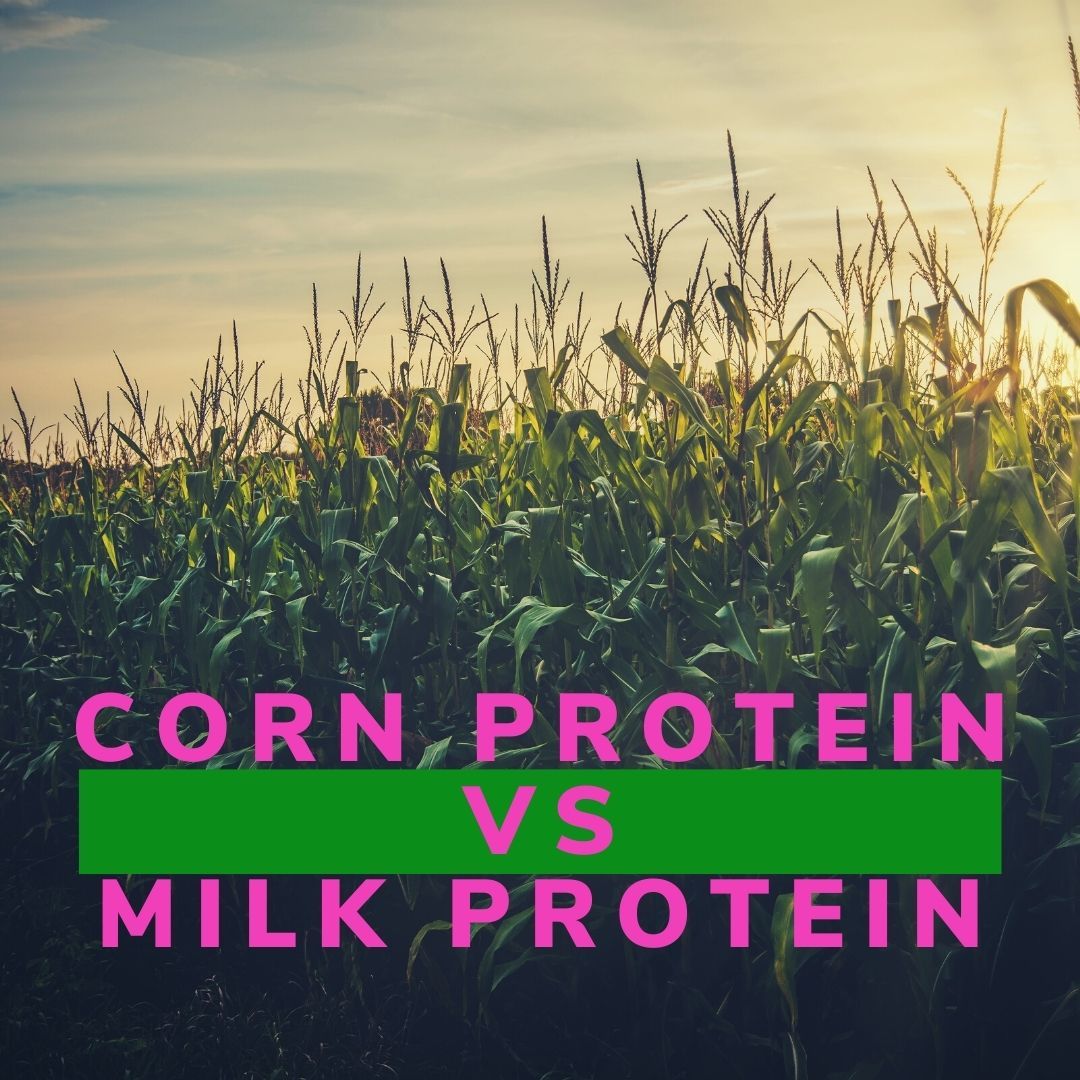 When it comes to protein, if you’re a vegetarian or vegan you’re likely well aware that plant-based proteins are often incomplete, which means they are low in one or more of the essential amino acids. That doesn’t mean It is completely lacking in the amino acid, just that it’s low in its quantity. Plant-based proteins tend to be reduced in leucine, except actually for corn, believe it or not!

So this study looked at how muscle protein synthesis after ingestion of milk or corn protein differed. And I’ve actually never even thought about corn protein before, so I found this quite interesting.

It was a double blind randomized controlled trial with 36 young males who were equally divided into three different groups. One group drank 30 g of milk protein, one drink 30 g of corn protein, and one group drank an equal combination of both. Blood samples and muscle biopsies were taken 5 hours after drinking the shake to measure amino acid levels and muscle protein synthesis. The results were that, of course, blood essential amino acid levels increased in all groups, not surprisingly most in the milk group, however there was no statistically significant difference in muscle protein synthesis rate increases between the groups!

I’ve talked about comparisons between plant and animal-based proteins and spoken on information related to plant-based proteins, and you can see one of those videos here: https://www.youtube.com/watch?v=Kvd4oXap_2Q

Now the tricky part is, as far as my quick Google search could tell me, you can’t just buy corn protein like you can pea protein. However, take this as a kick in the butt to check out my video on how to make homemade corn tortillas, which I promise are 88 times better than store-bought ones and maybe easier to make than you think. Check out a recipe at https://bit.ly/37lYSkx 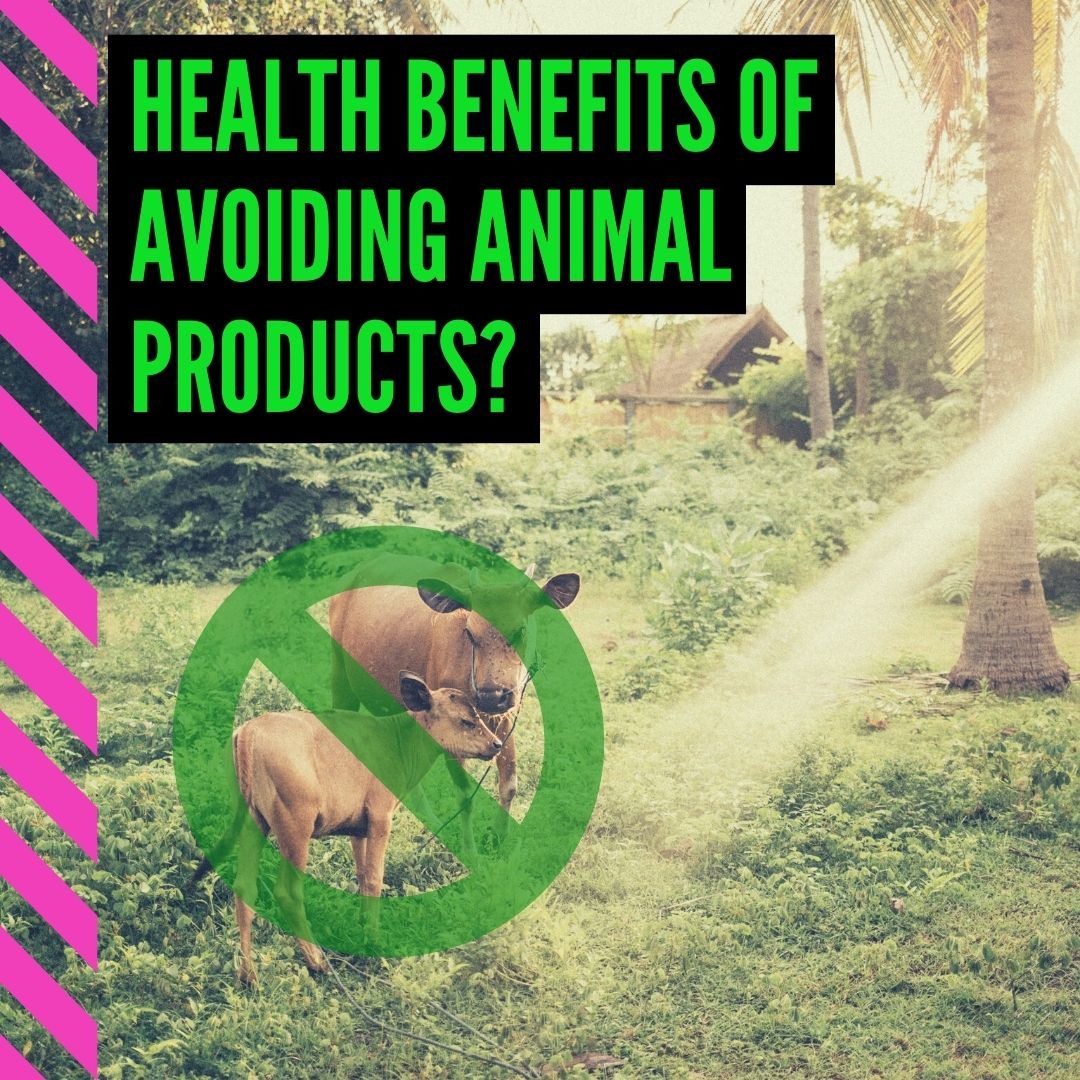 This next paper was interesting to me because historically I’ve been hesitant to suggest simply eating fewer animal products to improve your health as I’ve always believed the primary factor shouldn’t be necessarily avoiding animal products but avoiding heavily processed food and increasing the amount of fruits and vegetables and whole grains you eat.

Epidemiological research does typically show positive associations between reduced animal product consumption and improved overall health, but it is often unclear whether it’s actual avoiding of animal products that is of health benefits. When you see studies or news articles related to the subject often something brought up is the quality or lack of quality of the animal products in question. Just like there’s healthy and unhealthy vegan food there’s dollar store hot dogs and there are local meat market hot dogs.

This article was titled, children and adults should avoid consuming animal products to reduce the risk for chronic disease: debate consensus, and they outlined opposing views regarding the role of animal products in human diets. If you look at the research both sides have valid points.

Dr. Barnard, adjunct nutritional professor of medicine at George Washington University School of medicine, president of the physicians committee for responsible medicine and Barnard medical center in Washington DC, argued that there’s a room robust body of well-controlled trials establishing the health benefits, safety, and nutritional superiority of plant-based diets. He argued that animal products skew the diet towards unnecessarily high amounts of saturated fat, cholesterol, and exogenous hormones while displacing fiber and vitamins from a diet. Also he mentioned that vulnerable populations can equally or better be nourished by vegetables, fruits, legumes, and whole grains.

Dr. Leroy, board member of various academic nonprofit organizations including the Belgian association for meet science and technology, the Belgian society for food microbiology, and the Belgian nutritional society, suggested that humans are naturally omnivores and animal foods have long been consumed by all human societies where it is served as a valuable means of nutrition and calories. He also said that the belief that animal products are unhealthy is not supported by the evidence and a restrictive vegan diet simply decreases nutritional flexibility and robustness.

Speaking of robustness, this was a robust publication and I highly suggest you check it out and read it for yourself. They both have very valuable points for every discussion topic, however both sides agreed that there was a general association between plant-based diets and improved health and observational studies and that people who do not eat meat should supplement with vitamin B12. they disagreed on points related to ethics, evolutionary appropriateness of me eating, and various questions of nutrition.

This brings up another good consideration and I’m curious where you stand. Let me know in the comments if you initially became (or are you thinking of becoming) vegetarian or vegan due to health reasons? 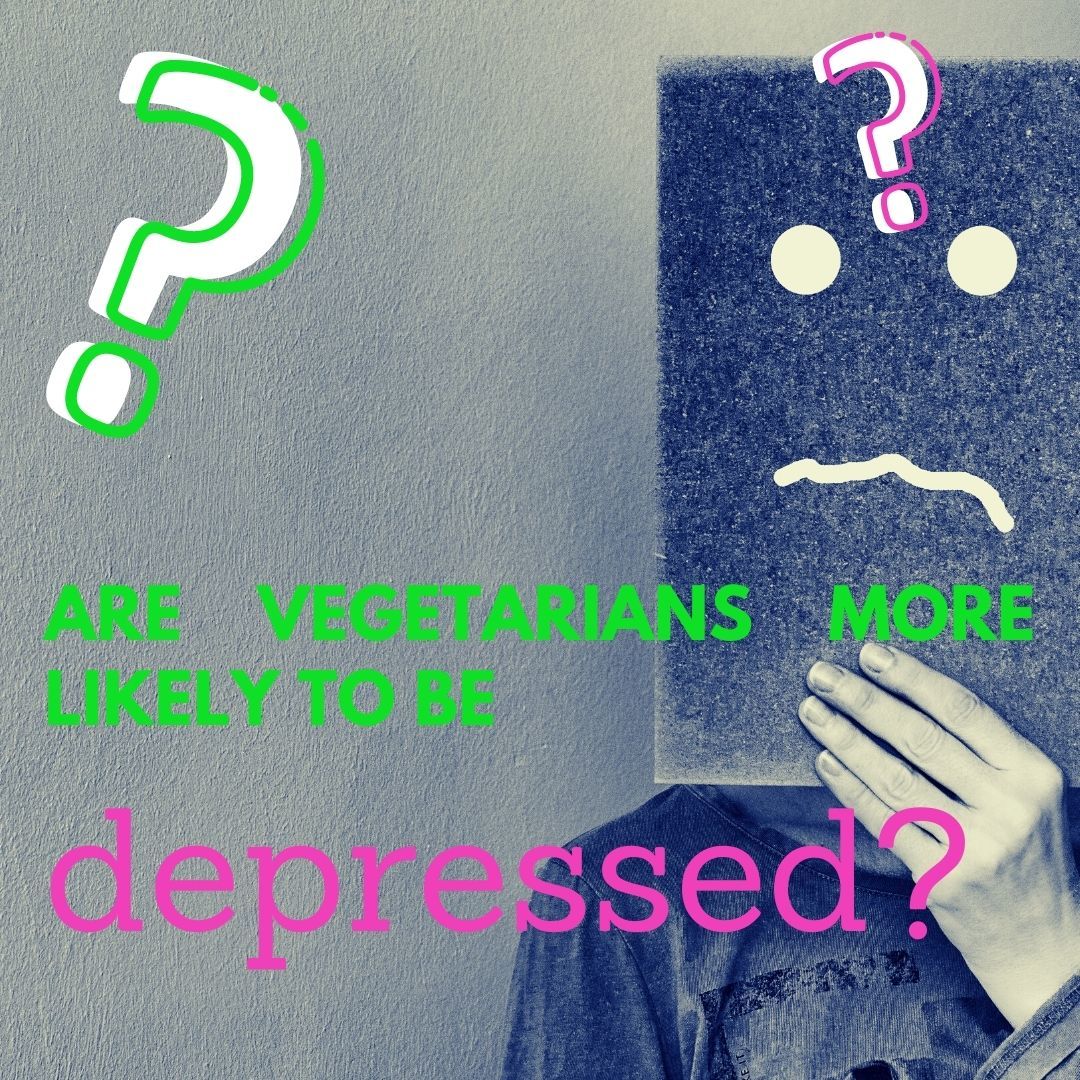 This is an important one because there’s been a small amount of studies looking at the consumption of a vegetarian diet and mental health, specifically depression, anxiety, and stress with a few finding potential connections.

Bumping up a notch from individual studies, this was a systematic review conducted to summarize the current state of the literature when it comes to what we know about the association between a vegetarian diet and these mental health outcomes.

The researchers selected all relevant articles published before July 2020 and included prospective cohort and cross-sectional studies on adults who reported risk estimates and information about vegetarian diets, depression, anxiety, and stress.

Taking these results into consideration the publication suggested that there was no significant association between the consumption of a vegetarian diet and depression or anxiety. 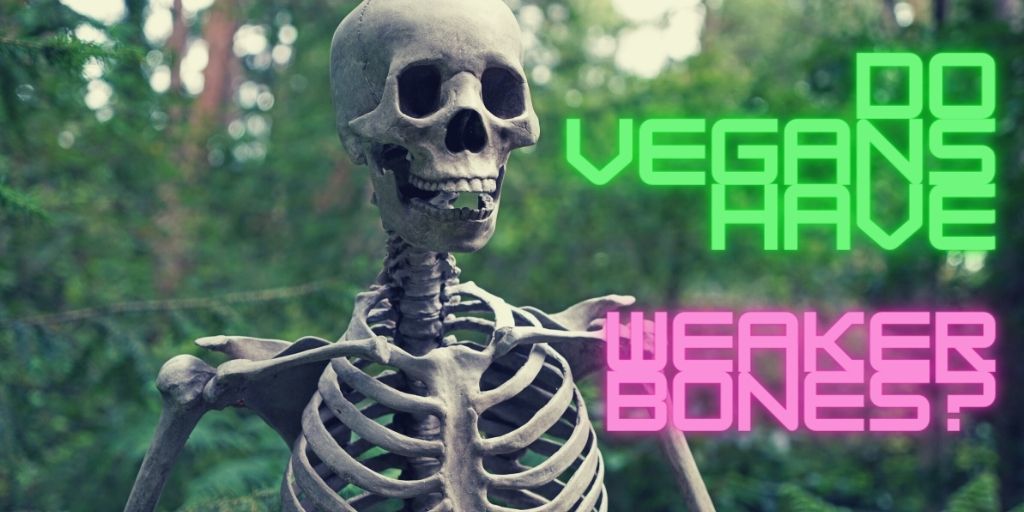 Here we have a paper from May of 2020 looking at differences in bone mineral density between adult vegetarians and non-vegetarians.

And if you’re a longtime vegetarian or vegan this is possibly something you have been told or read about since you may not drink that precious milk, so what does a systematic review say?

Data was taken from the National health and nutritional examination survey, a large observational study in the US that included over 9,000 participants or the age of 20 years old.

The results were curious in that lumbar spine, femoral neck, and total femoral bone mineral density were generally lower in vegetarians, but, and this is important, after numerous adjustments such as age, sex, ethnicity, education, physical activity, serum calcium, body mass index, waste circumference, and others the difference was no longer statistically significant. The explanation is that vegetarians simply have lower bone mineral densities partially due to having lower body mass indexes and smaller waste circumferences! And of course this makes sense in that people that may be of healthier body composition or weight simply don’t have as large of bones. Disassociation has been consistently demonstrated between the consumption of a plant-based diet and reductions in body fat and overweight and it’ll be subjects, even when controlling for energy intake. 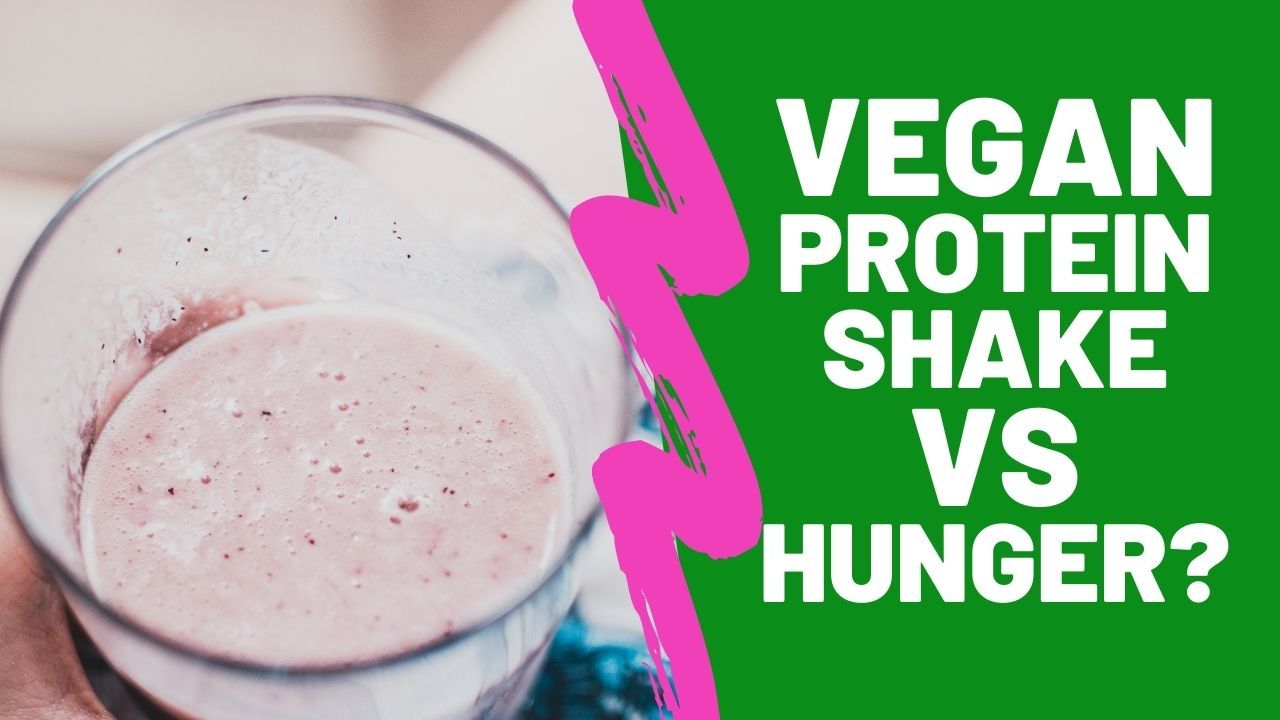 Speaking of reductions in body fat and improved body composition, this last randomized controlled trial looked at whether plant-based protein shakes have the same satiating effect as animal-based protein, thus potentially reducing energy consumption during the rest of the day.

During this study 17 participants consumed protein shakes containing 50 g of soy protein, 25 grams of soy protein, or 50 g of carbohydrates followed by a lunch 3 hours later. The researchers measured everything from appetite, leptin, which is a hormone that helps regulate energy balance by inhibiting hunger, and then even to insulin which is a primary anabolic hormone in the body that regulates metabolism of carbohydrates and promotes the absorption of glucose, following the consumption of this shake and every hour until lunch.

Compared to the carbohydrate group, which was considered the control group, participants who consumed the 50 grams of soy protein ate significantly less at lunch! The carbohydrate group had higher ratings of hunger and lower ratings of satiety and fullness, this also suggests that there was a benefit to taking in plant-based protein to attenuate hunger. And there’s actually no difference between the 50 gram and the 25 gram group.

My general protein shake of choice is the pea protein powder from Anthony’s Goods and you can check that out at https://amzn.to/37oSDwy

If you want to read this study check it out at the following link: https://pubmed.ncbi.nlm.nih.gov/31207253/