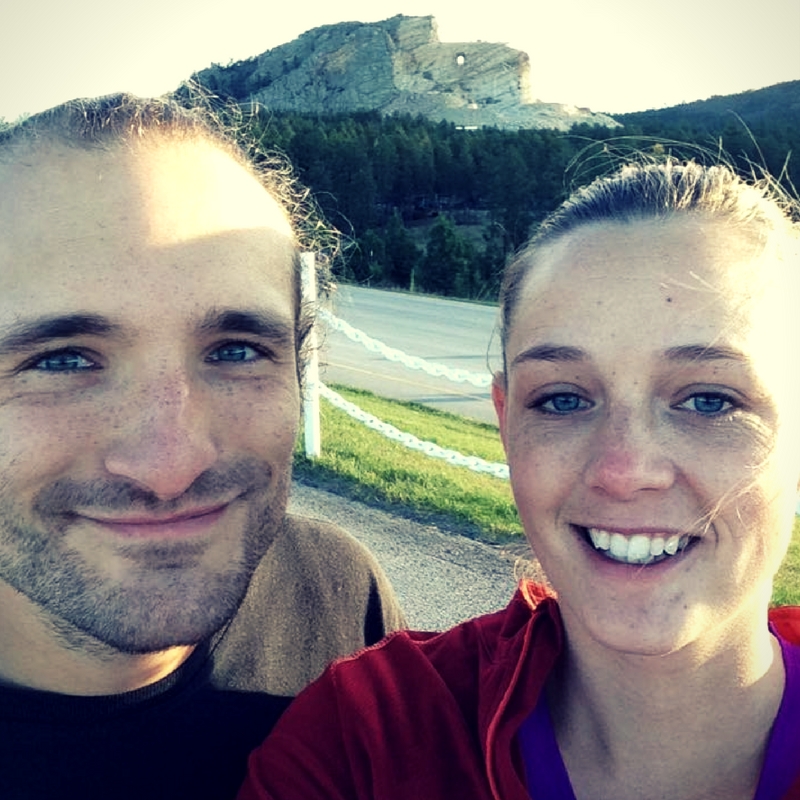 This was my third running of the Crazy Horse Half Marathon.

It starts at the Crazy Horse monument near Custer, SD and then heads north to Hill City. You can see more of Crazy Horse here from Native American Day the following day.

While the course is a net downhill the last 10 being on gravel slows you and I consider it a fair course, especially with the extra slow first three miles. Towards the end when you’re really running fast the gravel footing is extra noticeable and they laid down new crushed limestone this summer/fall which made the last 5k more difficult than previous years. 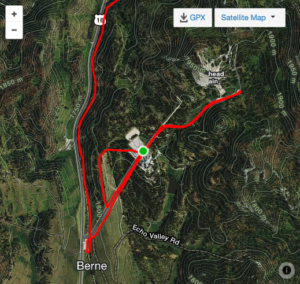 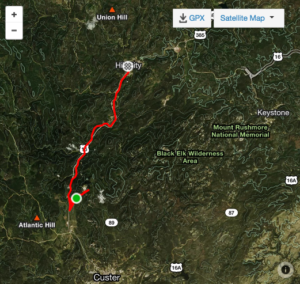 The day was cool with a very light tail wind for most of the final 9.5 miles. Last year was a little wet for the start and it may have even rained a bit early on. I remember a lot of fog.

My gear from bottom to top

I didn’t use a GPS watch this time around. I’ve had two cases of GPS failure during events and I’m so over it. The watch is accurate and I simply hit the lap button at every mile marker.

This is a nice starting location since we can hang out in the visitor center. It’s also a great museum for the families to check out while they wait for the roads to open back up from the runners passing though. 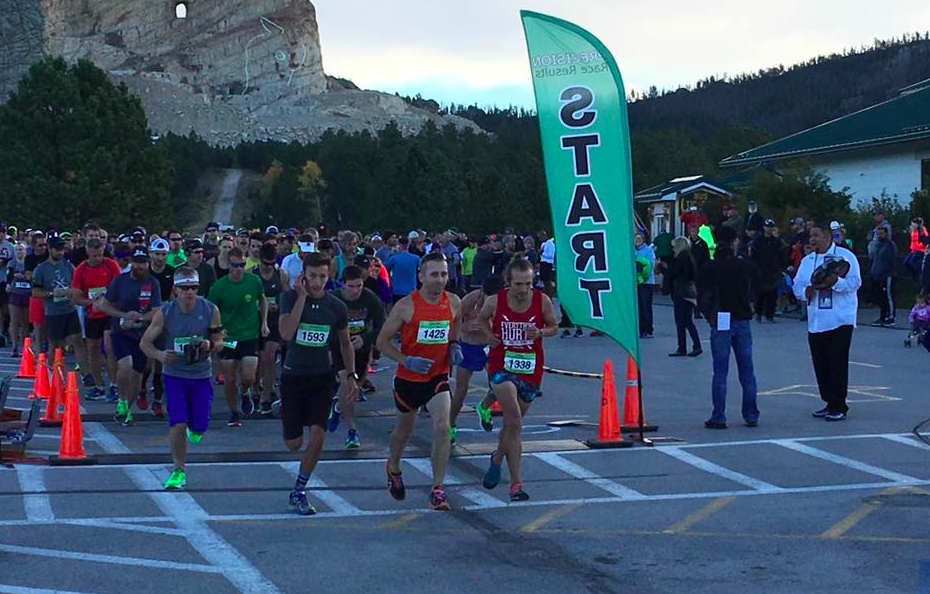 I’ll break the race down into segments 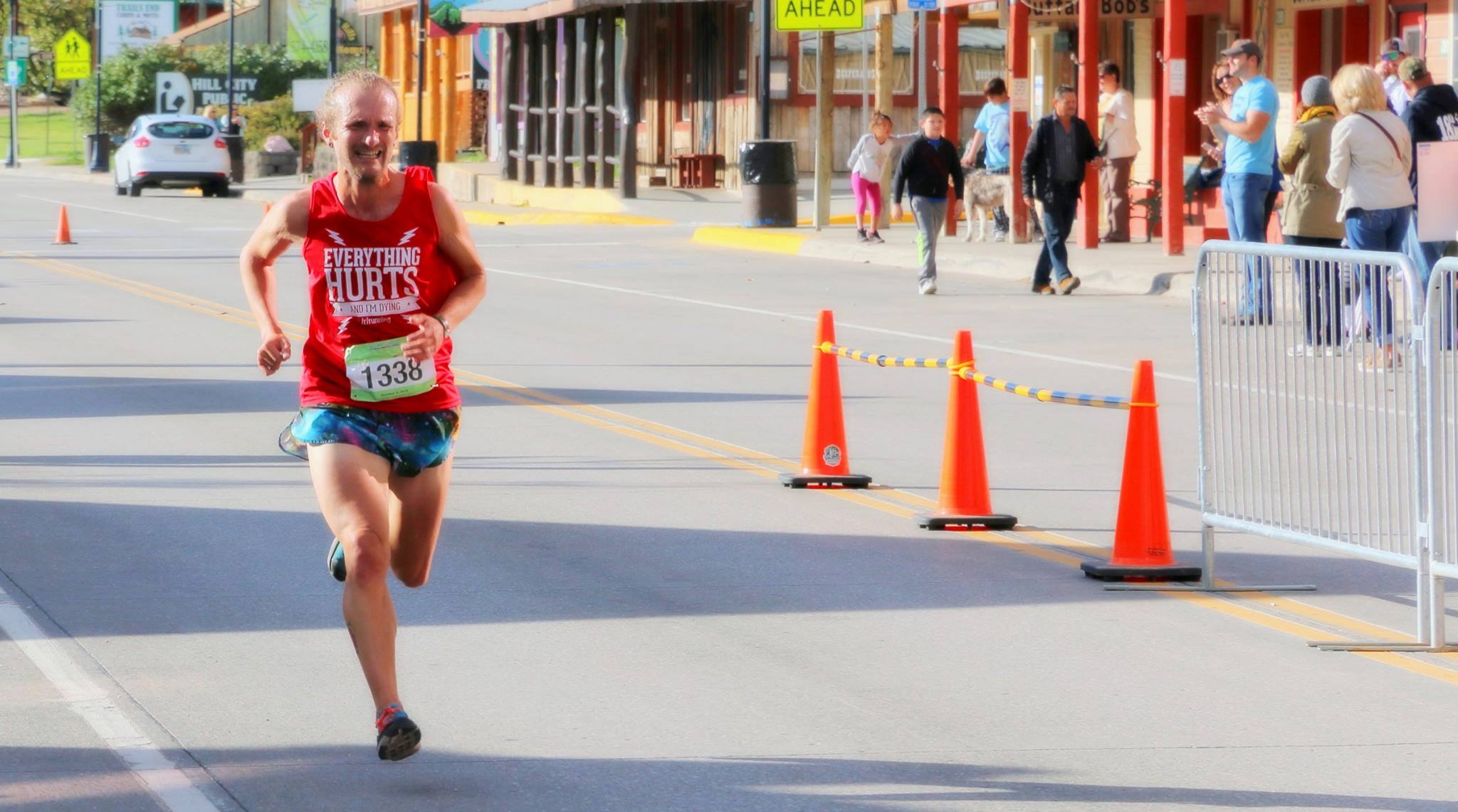 Everything hurts and I’m dying

I turned down the home stretch for the final quarter mile and saw the time counting down. It was going to be close to my goal of a PR. I gave it my best effort and came in one second short of my PR and two seconds short of my goal of a new PR!

With this being my fastest half marathon in two years I’m still very happy with the result as it shows I have improved 🙂 That’s the most important thing, I’m my fastest since the PR here two years prior. 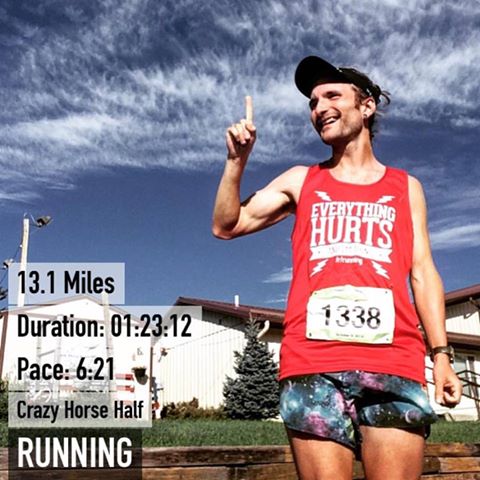 Hours and day after, how do I feel

Better then I have after any best effort half marathon, no question. I certainly attribute this to the more frequent longer runs.

What I did different 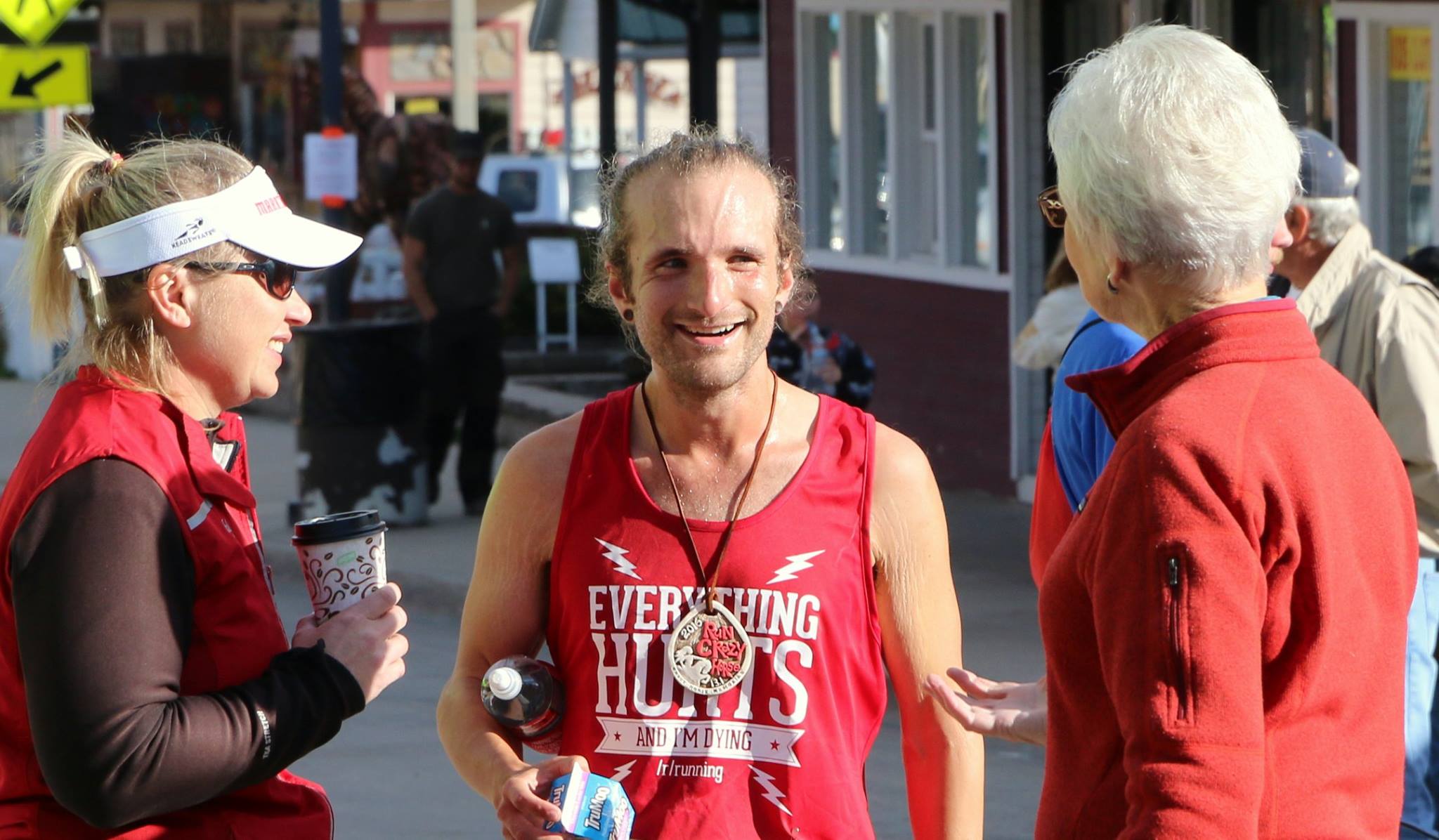 Shoutouts to Emily Wheeler (left in red, above) who is the RD of a few fantastic events out here in the Black Hills. This is definitely my fave though 🙂

Also to all of the volunteers who made the event possible!

And of course to my wife Desi who finished this as her first half marathon! She was inspired after volunteering at this run last year and began training for the 2016 edition the next week and has trained well and crushed her goal! It was nice to see a text her from “I might be early….” and she said she passed about 70 people during the final stretch and was feeling really good! 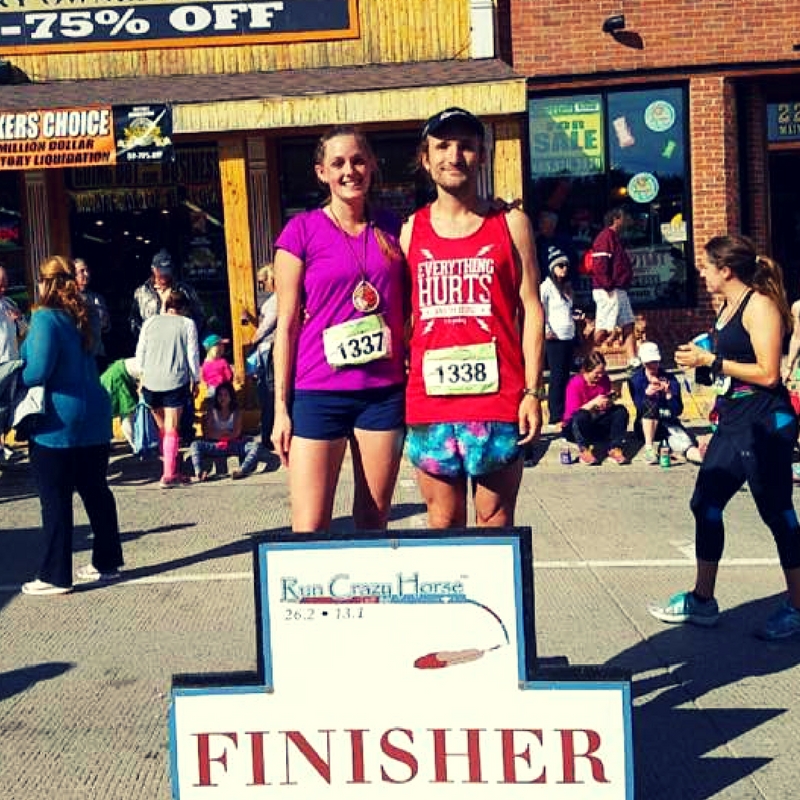 I’m going to run The Goodlife Halfsy in Lincoln, NE November 6th. This is a similar course to Crazy Horse with rolling hills during the first few miles and then a net downhill after that. As long as there is no snow it should be a good run and another chance at a PR. This event is very fast with nearly 4,000 finishers and a 1:23 would not have even put me in the top 30 last year.