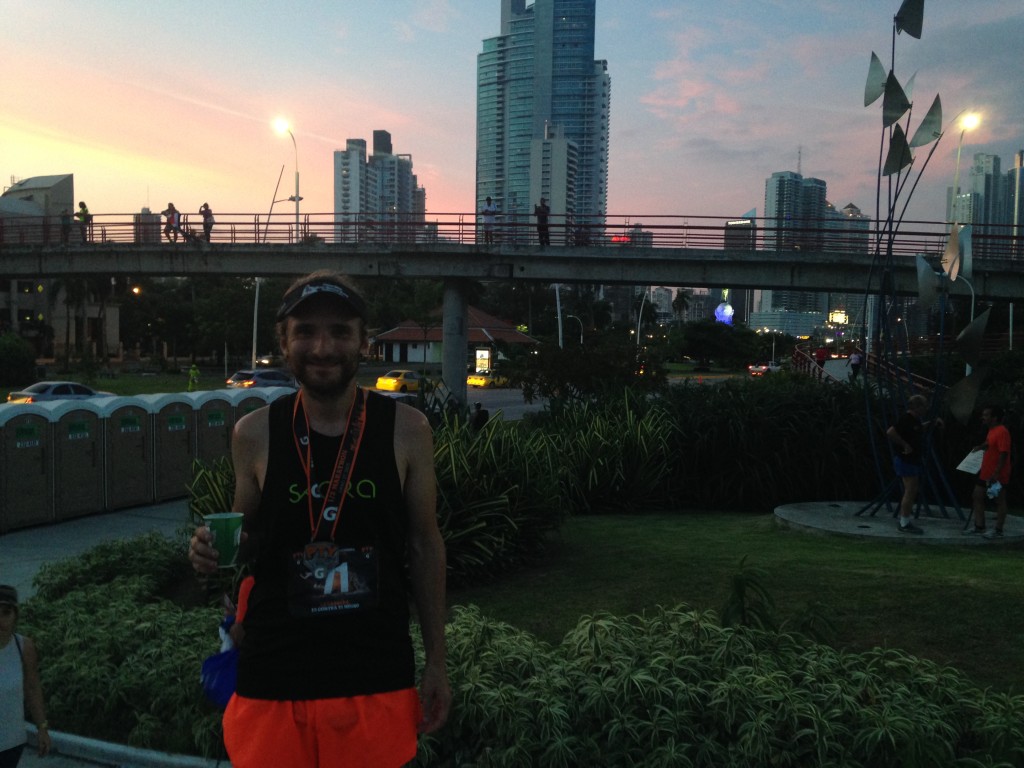 Desi and I are housesitting in Panama City, Panama for a month June 20-July 20, and we happen to be in town for the Panama International Half Marathon!

Having just come off a block of higher mileage and a race, my volume and quality have both been low. I’ve never really ran a race for fun before, not expecting to do my best, and so I really was looking forward to this opportunity to go into a race with absolutely no expectations 🙂

The weather here in Panama is not like any I’ve ever experienced before. Living in South Dakota, we have fairly cold winters that we can run through with appropriate clothing and the summers are generally fairly comfortable where you may move your hard workouts to the AM. Here in the Panamanian winter, 90 degrees feels cool and almost no one is out at the very busy 3.5km track around a park that we live next from sunrise to sunset. Come 5pm though, it starts to pick up. Come 7pm, it’s packed.

So, I knew it was going to be a slow run regardless, this heat is incredible and something I’m definitely not used to.

I took the bulk of the run easy, I didn’t even warmup beforehand. I was simply using this as my scheduled 90 minute easy run. Of course it was going to be much faster than my regular easy pace, but it was not much of a workout.

The route was great. Plenty of space, no traffic, and as you can see from the map a cool course over a landbridge of sorts. We went out into the gulf around San Filipe, which is a super old, historic, and beautiful part of Panama City. It was cool to see it from a bit of a distance from the water!

We ran two out and backs. The first was about 3.5km round trip back to the start, then we went out along a three to four lane highway that we had all to ourselves. This was another 9km out, taking us just passed the halfway mark.

At the turnaround at 13km I was in 49th place and finally started to ease out of the easy pace and began picking off runners, cruising by 12 people I think, until the finish.

It was an enjoyable race and a great workout. They now do this event at 5pm because when they would run in the AM it would be so hot at the finish! Having the temp cooling off was fantastic, and I was almost never actually in the sun during the run!

During the run I carried a gatorade that came in our bag. I tossed that after the turnaround and only once grabbed a bag of water. I felt fantastic after the event and Desi and I walked for a while and enjoyed the view of the city and the gulf.

Honestly though, the reason did the race was because it came with a cool shirt, as you can see above, it’s not half bad. And it’s a nice Puma one! This will be my Panama souvenir!