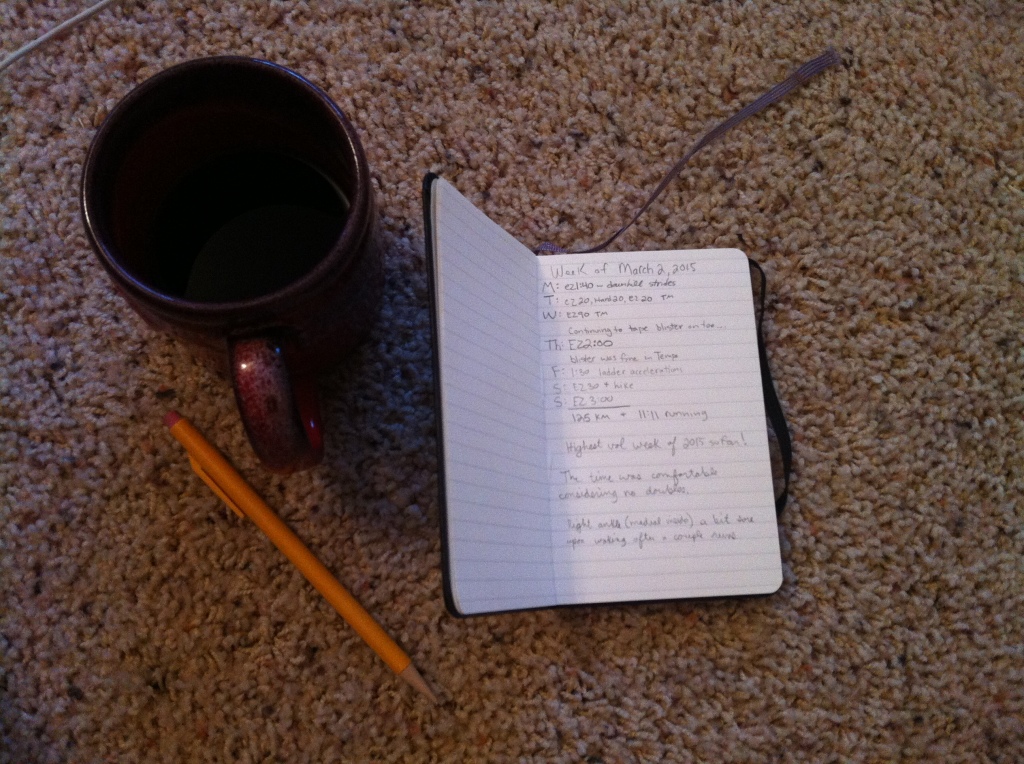 A few key things of significance are:

I’ve just been running by feel these last few weeks and it has been fantastic! I generally don’t time my runs and just estimate with a distance. For an EZ flat run, I’ll plug in 5:30 / km, which is almost always slower than I actually ran. For example, I did track the long run and it ended up being about 5:20/km, so I would have been a bit behind. But, does it matter? Of course not.

This week I may do some Yasso 800’s to see what kind of marathon fitness I’m in. Not because I’m going to do a marathon anytime soon, but I’d like to have some sort of benchmark to base a marathon pace off of, for other workouts. 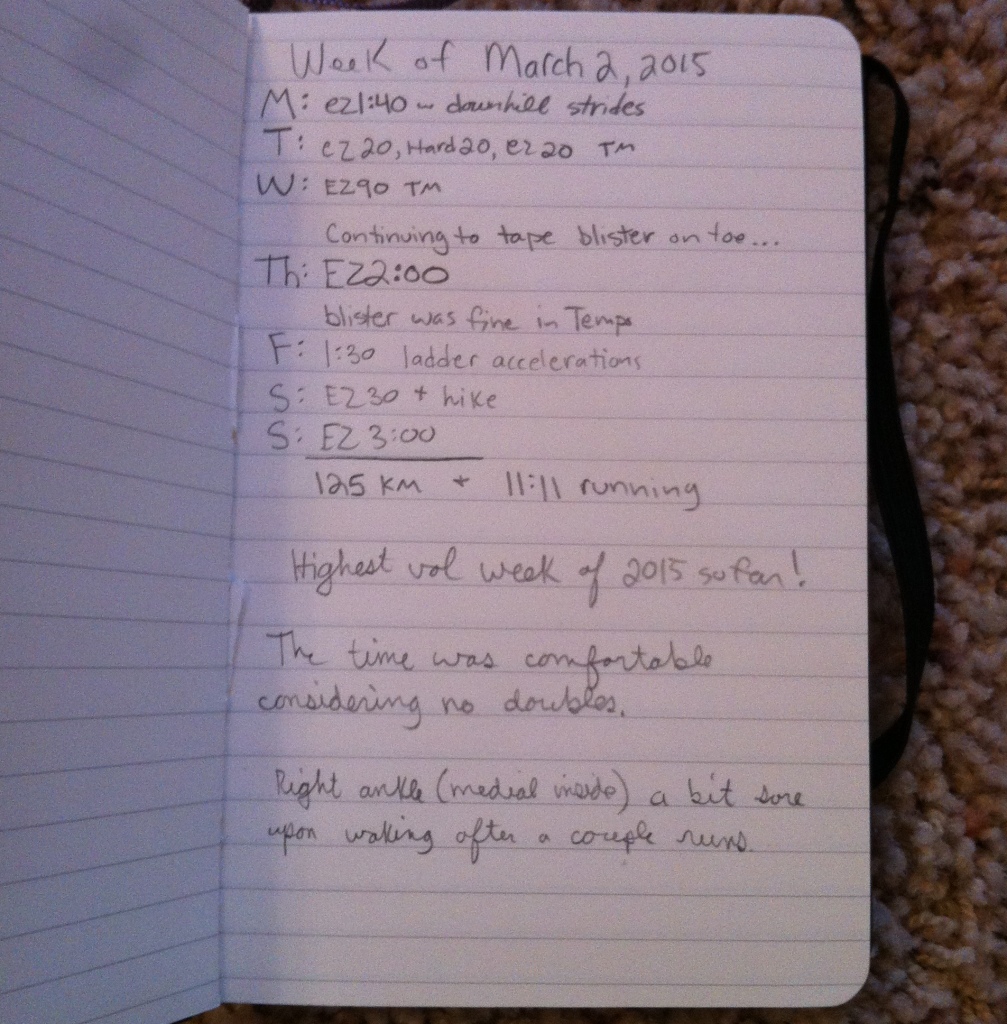