How I Got Over Sugar 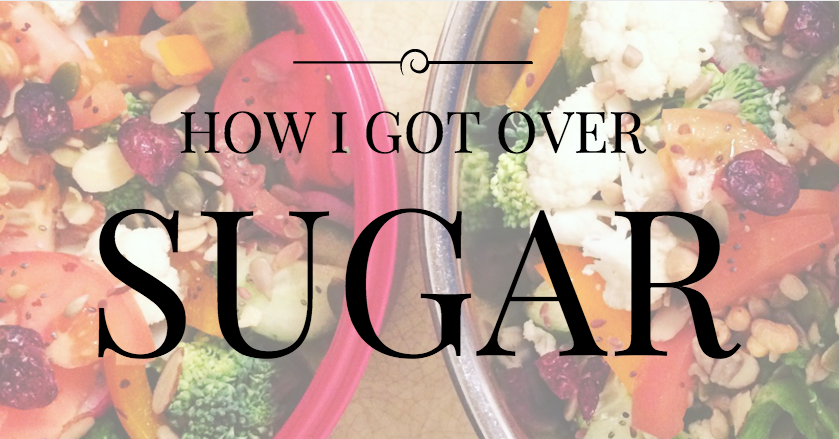 I gave up coffee for a summer.

Didn’t have any alcohol for a full winter.

I’ve not eaten meat in about a decade, no problem.

However, as someone who used to weigh 80 pounds heavier, my diet has been a struggle for half my life. For the life of me, up until last year, sugar and processed junk food has gotten the best of me.

Yet, I now feel more comfortable with what I eat than I ever have before.

There are many potential reasons to avoid added sugar.

I’ve not eaten meat in nearly a decade, giving it up was easy. Yet, for some reason I’ve never been able to shake my sugar addiction.

For the longest time, we were not able to have junk food in the house. My wife (who has no probably eating a single Oreo or truffle at a sitting) would have a hidden stash of chocolate that if discovered by me, would be gone by the end of the day.

During past attempts to eat less junk food I’ve tried numerous methods that we won’t get in to. However, in 2015 I stumbled upon a “diet” that has made me happier with what I eat or don’t eat since I lost 80 pounds in high school.

For me, the trick was two fold:

In the past I believe my limitations were much too strict, almost like a punishment.

Currently I have only a few “rules” in regards to my dietary plan, and they are:

I did not do this cold turkey, but close to it. We still had food in the house that did contain sugar in the first few ingredients, like ketchup. Once that was gone, we replaced such items with better options. I certainly did not want to throw out food!

There are a few other points that have assisted me in my dietary happiness.

Mindful eating has been almost a revelation. I always try to eat until satisfied not until full and stop eating when I first feel that initial “I’m getting full” feeling. It’s ok to leave some food on the plate. This has been a challenge, but not eating to the point of fullness, being stuffed, or then being uncomfortable (hello Thanksgiving) is a huge load off of the shoulders.

I’ve cut back on my eating in the evenings. Dinner is usually my largest meal of the day, but I try to stop eating and drinking after dinner. The main purpose of this has been to improve my sleep. Laying in a quite bedroom and hearing/feeling your stomach digesting food is a real bother. Not drinking later in the evening can also prevent you from waking in the night to use the washroom, giving you a more restful sleep.

Now we’re able to have ice cream in the freezer and girl scout cookies in the cupboard. I have no probably not eating them, because I know that when my cheat day comes around I can indulge a bit (never too much). I feel relieved about my diet like a weight has lifted from my shoulders.

When avoiding food with processed sugar within the first three ingredients, you must start purchasing higher quality products. This includes better BBQ sauce, nicer mayo, and being picky about the granola you put in the shopping cart. When your ketchup now costs 2-3x more than what you used to buy, you find you both use less of it and enjoy it more. The fact that it costs more along with it being higher quality means it tastes better!