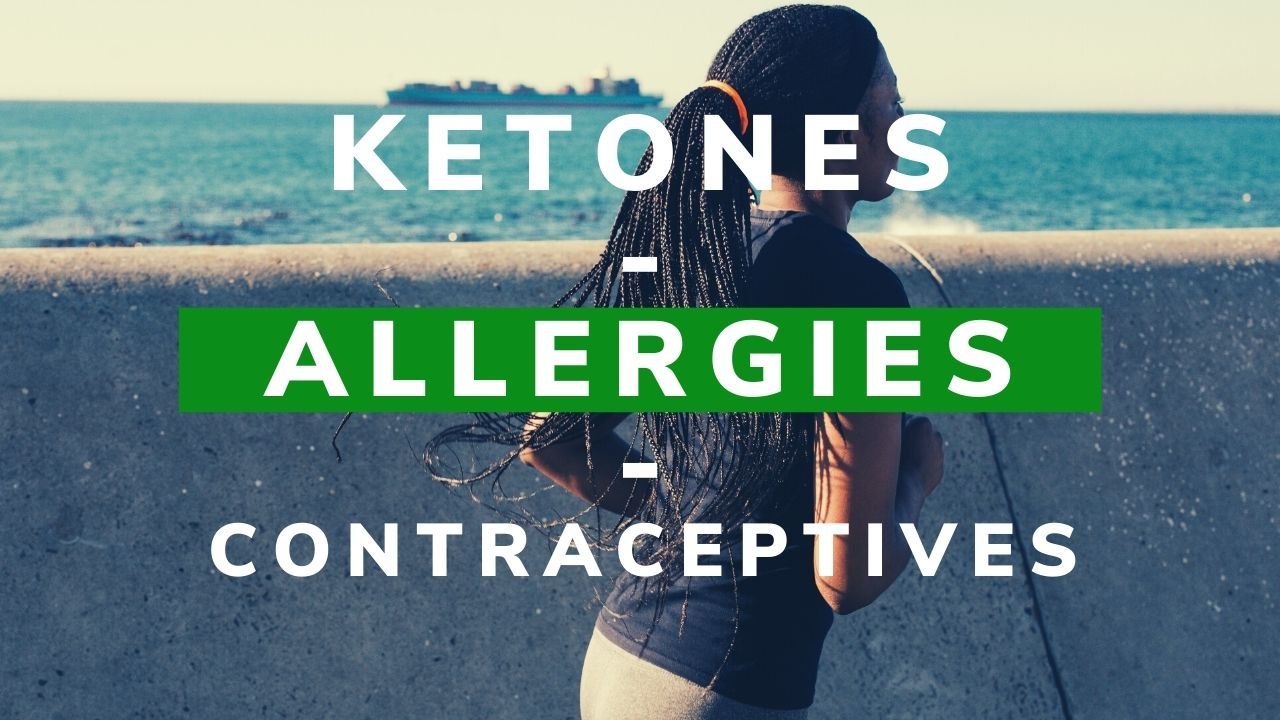 Today you’re going to learn about some interesting studies in relation to ketone supplements, birth control’s impact on exercise fitness, and running’s influence on allergies.

So let’s dive in!

Maybe you’ve been hit with some advertisements for ketones. These are water soluble molecules produced by the liver from fatty acids during times when food intake is low, especially carbohydrate intake, possibly during a longer fast or a very low carb diet. Maybe the advertisement you saw suggested that taking this absurdly expensive ketone supplement would improve your endurance abilities, but what does the actual research say?

This was a small crossover trial with eight endurance runners who tested a combination of carbs and ketone esters against carbs and a placebo. They looked at blood ketone levels, cognitive performance, and a timed trial of 10 km.

While of course the carb plus ketone group saw their blood ketone levels increase there was actually no meaningful difference between the groups for the time trial or the cognitive performance.

Contrary to what low-carb diet proponents suggest and these ketone supplement companies tell you, all the marketing claims you’ll gain superpowers this just is added to the growing list of trials and studies that find no real tangible benefit from ketone supplementation and we might as well group it into the no real benefit of low-carb dieting as well, because these two are frequently put together. 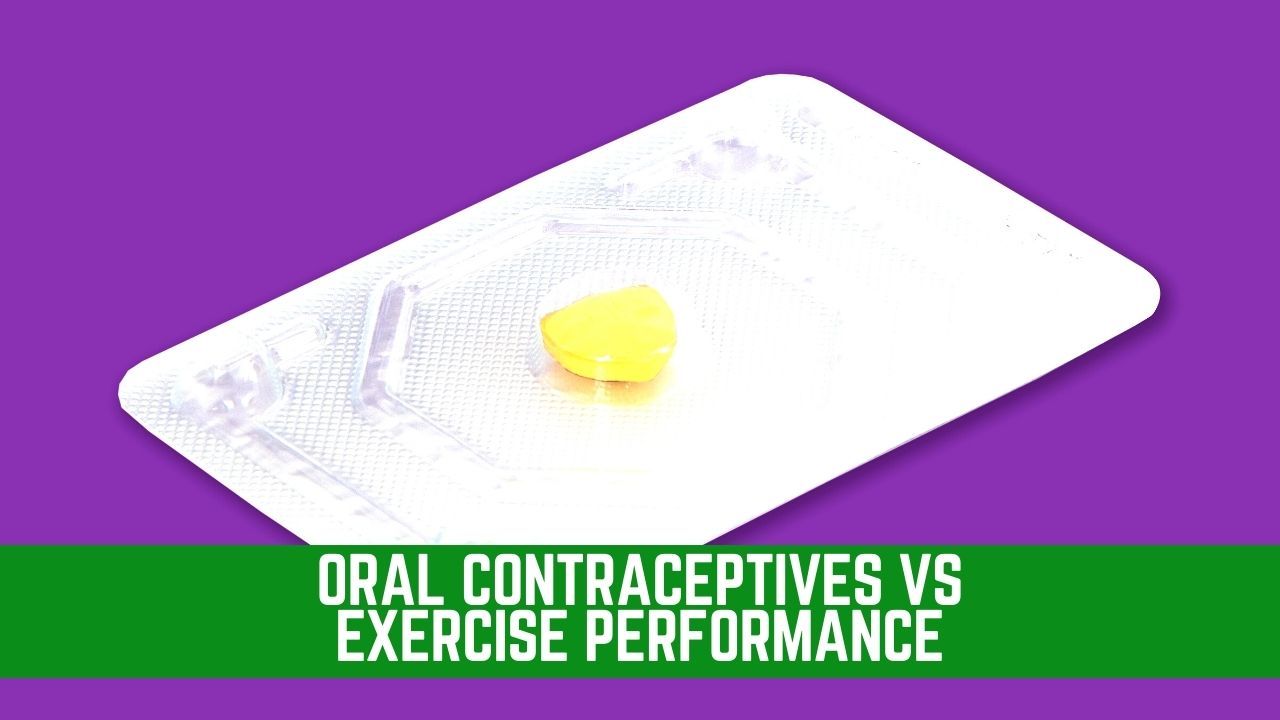 Another study that may interest many of you looked at oral contraceptives and if they were likely or not to impair exercise performance.

Oral contraceptives can result in major changes to a woman’s endocrinological profile, which is related to the hormones in your body. Since there is a very broad range of sex hormones and their effects on the body these researchers want to investigate whether oral contraceptives could negatively impact exercise performance.

There’s good news and there’s bad news. The good news is that women taking these oral contraceptives may experience only a very slight impairment of exercise performance compared to women who are not taking them at all, however the majority of these studies which were included in the review were deemed to be only of moderate quality at best with only 17% of the studies achieving a high quality rating. So while it’s most likely true that these oral contraceptives don’t impair exercise performance like the literature review concluded as always more research is needed. 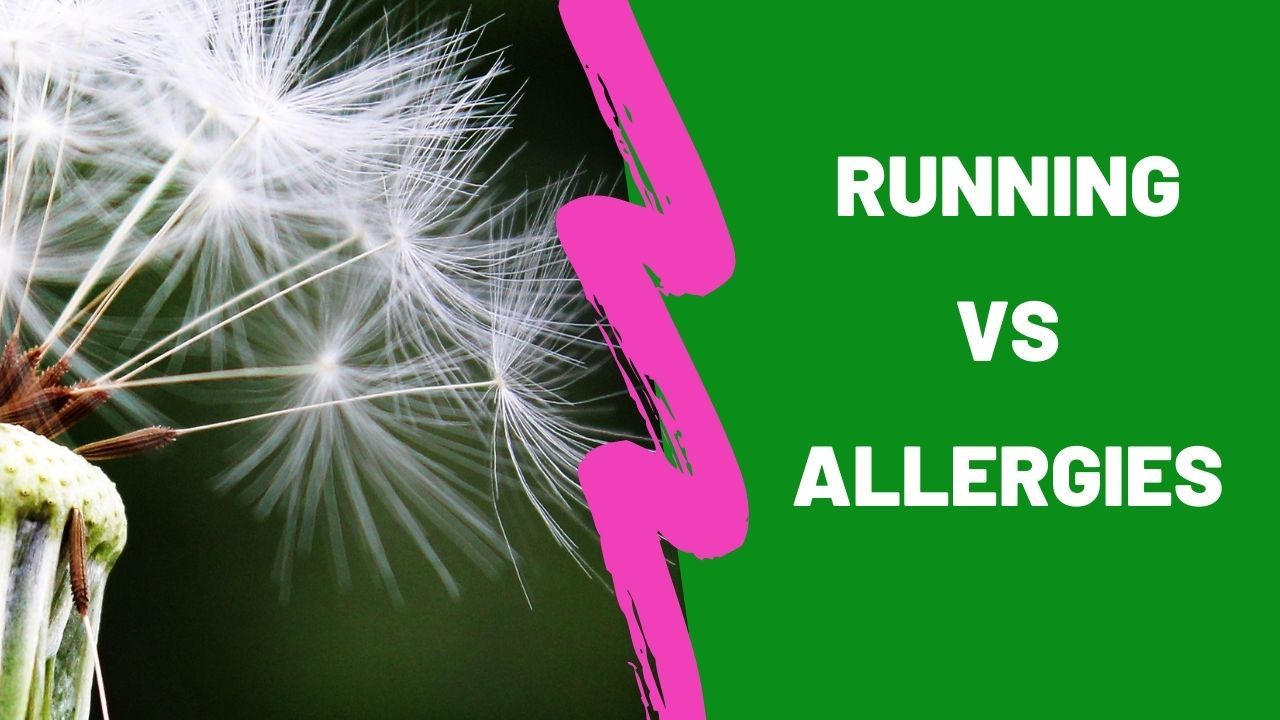 Here’s a fun study looking at something I’ve never even thought would be connected and that is allergic rhinitis and aerobic exercise.

now maybe you’ve not heard of allergic rhinitis, but it’s simply a condition associated with nasal congestion, sneezing, runny nose, and overall annoying irritation of nasal mucosa. This is triggered by an overreaction of the immune system to allergens caused by the release of histamines, cytokines, and some other chemical mediators. This is a condition that can be caused year-round or seasonal and diagnosis typically involves looking at the history of the patient, examination of nasal passages, and sometimes even skin testing. Typically a medication of antihistamine is prescribed to reduce the symptoms.

So while you may also have never heard that aerobic exercise has been connected to reduced symptoms of allergic rhinitis You’ve probably heard that vitamin c supplementation is good for your immune system, but actually this connection isn’t as concrete as you may think.

So this study looked at whether exercise combined with vitamin c is more beneficial and exercise by itself for reducing these allergy symptoms.

researchers in this 8-week randomized controlled trial had 27 participants with rhinitis broken up into three groups. one group was just exercise, one group exercised with vitamin c supplementation, and one group got neither except for continued allergies, haha!

During exercise, as you know, blood is directed to the muscles and away from the knot essential regions of the body such as your stomach for example. Part of the observed effect of exercise is likely due to the reduced blood flow in the nasal mucosa as well as due to a complex modulation of immune cells that I am in no way qualified to talk about. The two exercise groups both improved their peak aerobic capacity and peak nasal inspiration flow, so they got fitter and they could breathe better. They saw decreases in oxidative stress, rhinitis symptoms, nasal blood flow, and something that sounds horrible called a post-dust mite challenge. Now curious enough the group of exercisers that also got vitamin c didn’t have any more improvement than those that exercise without vitamin c! But I wouldn’t have wanted to have been in the control group that got none of the above. It would have been curious to have a fourth group that got vitamin c but no exercise to compare with the control group that got no vitamin c and no exercise.

Moral the story is get moving, people! If you want to read more about the study check it out at https://pubmed.ncbi.nlm.nih.gov/30118241/

So there we have it, folks! Some great advice that I hope you can use yourself and pass on to your fellow running friends.

And when it comes to coaching and improving your running, the way I’ve seen it, you have two choices. You can decide to remain where you’re at or make a decision to improve further.