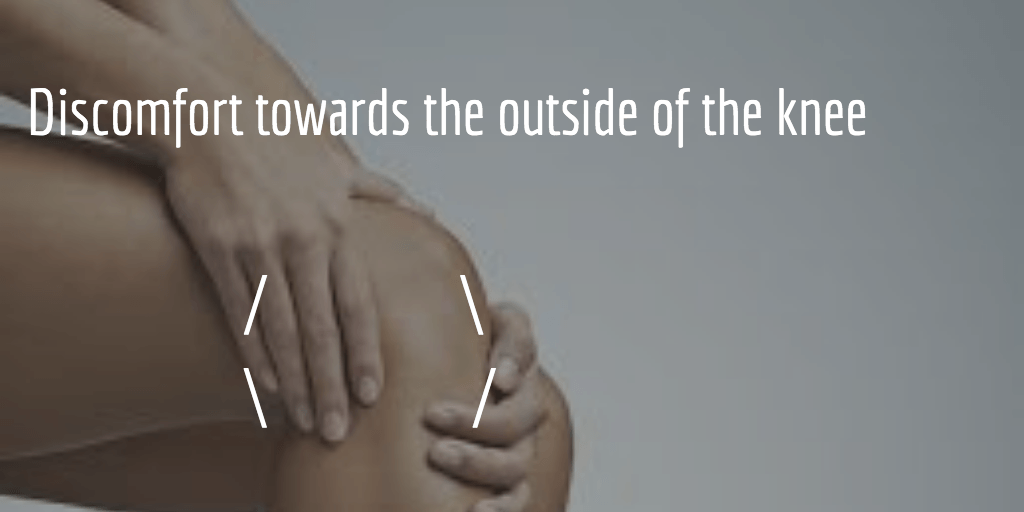 ITBS – What has worked + Further Reading

First off, please visit the general knee pain page for some info if you’re not sure ITBS is your problem!

As both a coach and someone who has ran thousands of miles, I’ve learned a thing or two about injuries.

The primary lesson is that they are almost always from a combination of doing too much too soon before your body is ready and not giving your body ample opportunity to adapt and recover to the training load.

Illiotibial Band Friction Syndrome is a hotly debated subject. The human body is a complicated piece of machinery and as much as we like to pretend, we actually don’t know that much about how it works. For example, a new muscle was recently discovered! With ITBS, if you click on 10 articles you’ll likely see a number of different causes and resolutions.

It is simply described as a main on the outside of the knee:

Below are just a couple methods that may resolve the discomfort.

First, in my personal experience with Illiotibial band discomfort in the knee many years ago as a new runner who was running too much, the “standing glute stretch” as shown at the top of this article would literally shut off the pain.

I remember an instance when I was out running and 2-3 miles in the little niggle started to come on in the knee. I stopped, stretched for a minute, and was able to continue on for the rest of the long run without any discomfort. A slight stretch was enough to get something to relax, and I was good to go.

Another experience I had was with shoes. Now, I almost never attribute footwear to injury. However, different shoes cause the body to activate, load, and move differently. This can often be enough to make or break a niggle into no pain or into an injury. One time I was forced to spend a week in an old pair of shoes of a vastly different model and the ITBS pain which was basically resolved at that point came back with a fury when running in the new shoes. After getting my old pair back, it again eased up.

Finally, with a couple athletes I’ve worked with over the years who have had ITBS issues, one realized that when she looked farther up the road instead of down closer to her body, her ITBS pain greatly diminished. I even went as far as to recommend this to another runner and he had the same results. In this case, like the shoes, the different head position was changing the entire body positioning, movements, activations, loading. This is why new shoes or compression socks can lead to a sudden change (good or bad) in an injury, because they change  how the body moves.

Other Thoughts with ITBS

Compression has been experienced by some as a potentially cause of ITBS knee pain, since the area of discomfort can be compressed by the tights. This is simply something to be mindful of.

Treatment & Prevention of ITB Syndrome | Sock Doc | “If you’ve had Iliotibial band (ITB) Frictional syndrome, then you know how much it hurts, and how it feels like it’s never going to go away“

Your IT Band is Not the Enemy, but Maybe the Foam Roller is | Breaking Muscle | “I would say that in 90% of the cases that present with IT band issues it is the gluteus medius (or glute med if you want to speak in sophisticated PT lingo) that is actually the culprit behind the pain.“

ITBS: Treating the Real Causes | Brad Neal at Kinetic Revolution | “I would argue that this syndrome is one of compression as opposed to friction”

Here is the routine I have my athletes do if they are experiencing IT issues. Most notibly was a lady who started with me, unable to run due to ITBS. I had her do this routine daily and eventually only 2-3 times weekly. She was able to progress from no running to full marathon training 🙂

I suggest starting with one set through of these exercises performing 10-20 reps each, don’t go quite to failure the first time you do the routine!

The second time through, be mindful how how many reps it has taken you for reach movement in the past and go to momentary failure where may momentarily not be able to complete the movement.

For the third time through and continuing, you may do 1-3 sets and go to momentary failure (or close to it) each time with each movement, resting ~30 seconds between exercises.

This exercise strengthens your glutes and help with the stability of your pelvis.

Stand on one leg and have the other dangle off a step or stair.

Drop the hip of the unweighted leg as far down as it will go without compromising your stance.

Then slowly raise it back up to being level hips. Slowly lower down to repeat. Lay on your side and wrap a resistance band around your upper calves or below the knees.

Start with your knees together and your heels touching.

Lift your knee up and away from the grounded knee towards a 90 degree angle, hold for a second and slowly lower. Loop a resistance band around your ankles and lay prone on the ground in the below position with both heels on the floor.

Brace your core and arms, lift one leg up while keeping the knee straight. Keep the movements slow and controlled, hold at the top for a moment and lower back down. Repeat. Place the band around your knees and go into a slight squat position.

Keeping your knees pointing slightly forward or out (not inward) with your head and posture up, step to the side. Try to keep the resistance band with a bit of tension throughout the entire movement. Slowly bend at the knees and drop your hips/glute down and backwards, keeping your back straight and head up.

Slowly lower yourself so your knees and hips are about at the same height, hold for a second, and raise back up. As you can see from the below image, there are  few ways you can do this. Best to start with your body fully on the ground and as in the top left photo, bring your feet closer in towards your butt.

Slowly raise your butt and back off the ground, hold for a second, and lower. The above video is very informative, but the rebab strengthening & stretching starts here.