Going Out “Too” Hard 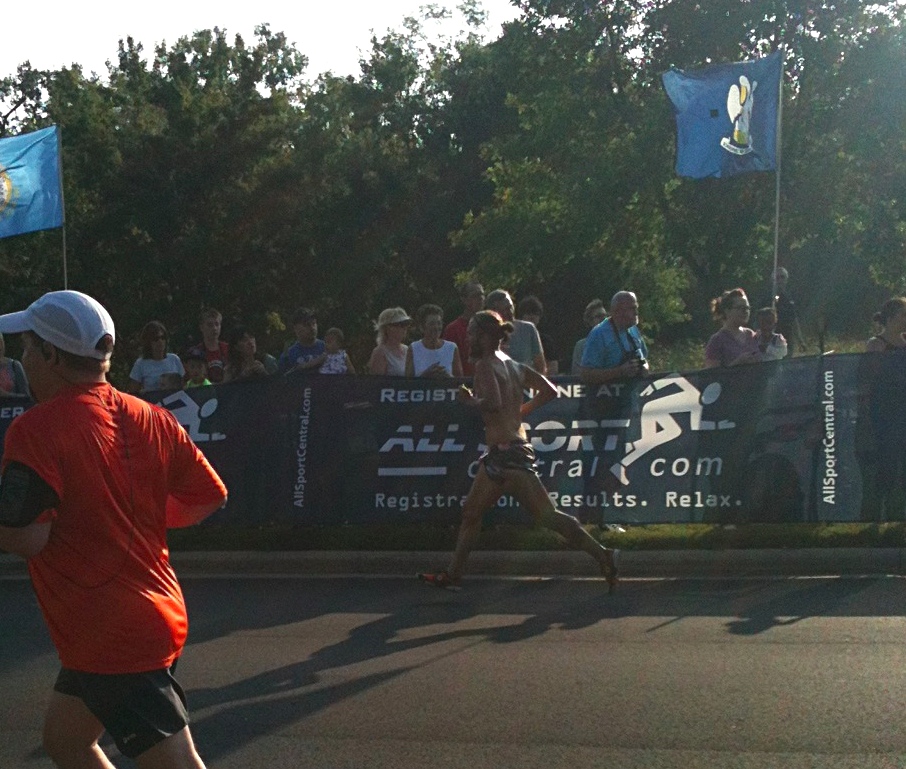 “Most mistakes in races are made during the first two minutes, perhaps even the first minute.” – Jack Daniels

That above quote most often refers to, I believe, runners going out too fast and burning out.

In my race history, that mistake has actually been going out too slow, and losing too much time during the race for a time that represents my abilities.

There was something I’ve noticed many times, during this easy first quarter of any race. I would experience severe doubt in myself and why I was racing. During a 10k in 2013 where I was running at a very comfortable pace with 4-5 other runners, I actually considered breaking off with the 5k runners.

I really think the slow pace just let me think too much.

Something else I noticed was that while this only occurred during the early stages of a race, it always went away. Always.

Which led to my new racing strategy.

“During every good race of my life, I’ve been aggressive (from the start). People thought I was being stupid, but I live by the sword and I die by the sword. Sometimes it doesn’t work out. I’m at peace with this. It’s not always going to be your day.” -Glenn Randall

Glenn is most famous for leading the 2012 Boston Marathon for the first 9k before fading to finishing thirty minutes after the winner. He pulled the same thing at the 2010 Pikes Peak Ascent and won it.

I believe going out “too fast” helps me race for a couple of reasons. Mainly it can help me get into a “flow state of mind”. That groove, where everything happens perfectly. Flow does not happen at a jogging pace.

As I said above, it also does not allow me to think as much. I start to feel better, get into the race more.

However, one must be careful to actually not start off too fast. The key is to either go out at a pace you hope to stick to, or go out at a faster pace but slow down before you are fatigued. I believe this fast initial pace (lets say for the first kilometre of a 5k) makes the actual goal race pace from 2k on perceive to feel easier.

In 1954 I opened the national Cross Country Championship Race (over a distance of 10 miles) with a 2:03 first half mile through mud. It was my habit as a cross country runner to attempt to settle the question of who would win as early as possible, leaving everyone else in the field to run for second place. -Gordon Pirie