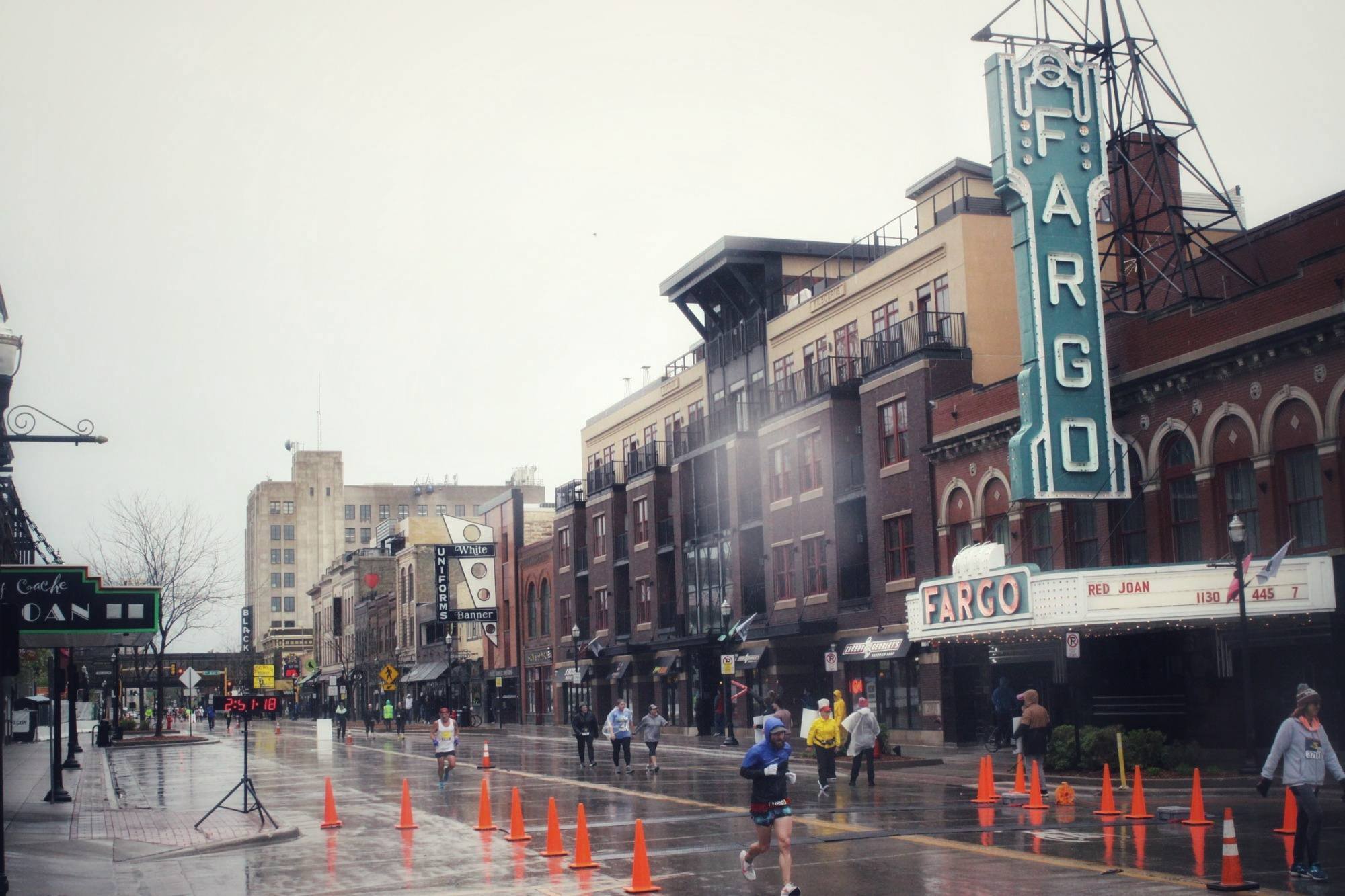 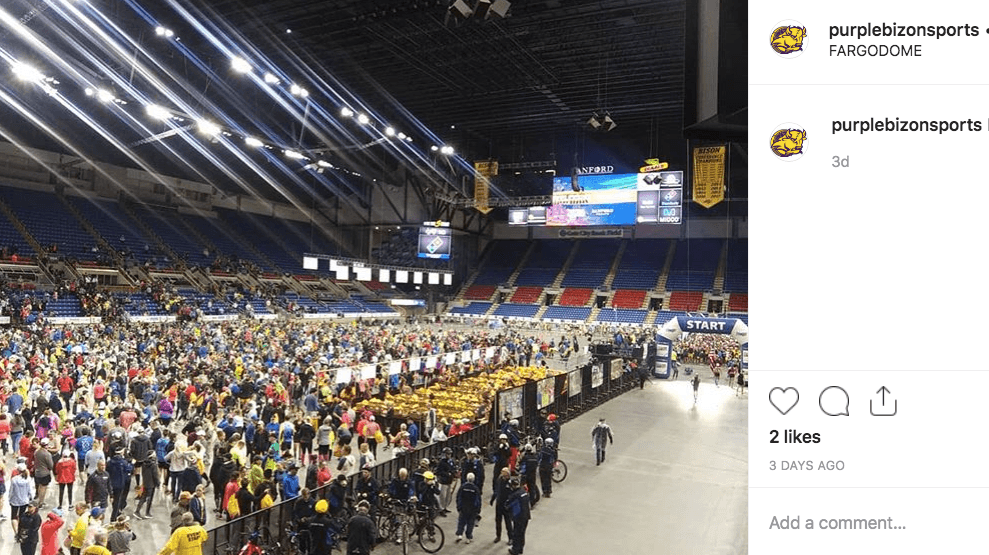 Since I just did the Brookings Marathon the weekend before and took simply took the six days between marathons off, training was the same:

I was not planning on running a spring marathon, but was instead hoping to focus on 5k to 10k distance events. I had been pretty consistent with one or two weekly workouts of 3-6 x 1k or 20-40 minutes at ~7:00 pace tempo runs as well as some easy jogs. I probably averaged 30-something miles per week so far in 2019 since I’ve just not been doing any regular long runs.

My first race since last Thanksgiving was a 4 miler in April, not quite at best effort, that suggested a 3:04 marathon equivalent. But of course, with no plans on doing a spring marathon, I had had not run over 90 minutes at once in 2019!

A client I coach had a good marathon at Manchester but didn’t know she wanted to do a May 11th marathon within a few weeks of Manchester. I told her, not expecting her to say yes, that I’d pay for half her Brookings entry if she wanted to transfer it. I was out for a group trail run that was about 1:40 in length, I got back home and saw she had transferred the bib to me, so I went out for another 1:20 that evening for the start of my marathon training with about four weeks to go 😉

I kept up with 1 or 2 midweek workouts and did a couple 15-18 milers. Two weeks out I had a little quad scare. Last spring I did my second marathon, the Colorado Marathon, and was on sub3 pace through 16 but my left quad got so painful that I ended up dialing back and just jogging in a 3:23. I took most of that week off, tested it on Thursday and was at 9.9/10 so on the Saturday, 7 days out, I ran 13.1 at 7:26 pace. It was a very very comfortable effort, the quad was 9.9/10 during and after, so I felt confident I could run 7:20-:30 pace for the marathon.

With my PR last weekend, my only goal was really to pace my friend here at Fargo to his 3:12 goal.

I thought that since I had run a relatively easy marathon at Brookings and recovered well, I could run most if not all of Fargo with him.

The weather was not looking good.

All week long, the weather was showing rain, lots of rain. Temps would likely be in the mid 40’s.

I had done much of a half in some warm heavy rain but never a chilly long rainy race. My main worry was my shoes. I had recently unsuccessfully tried to get ahold of some of the new Nike Vaporfly Next % before Brookings and Fargo, so happily completed Brookings in the 4%’s. With the rain in the Fargo forecast and me never running in them in the rain, I wasn’t 100% sure how they’d perform. However I became a tiny bit nervous when reading about the update to the Flyknit 4%, I read “Vaporweave technology on the upper is lighter than Flyknit material and reportedly absorbs less sweat or water in rainy conditions. This was among the biggest pieces of feedback from elite athletes and the first iteration of the shoe.”. Luckily they performed perfectly!

My pacing was simple, Clark wanted to run 7:20 pace, so I was just going to run with him for as long as I could. No faster and no slower for as long as possible. If that was 15 miles or 26.2 , cool.

During the run I wore the lightest rain jacket I had, a cap to keep the rain out of my face, gloves, short shorts, Injinji socks, and Nike Vaporfly 4% Flyknit. The only thing I would have changed about this is to have gone with my Craft gloves with an optional mitten cover, however the reason I didn’t wear these was because if the rain would have stopped I likely would have ditched my gloves.

I also simplified my nutrition from Brookings. You’ll see that at Brookings I had a bit of a smorgasbord of nutritional options. I had used up most of the Muir Energy, Science in Sport, Spring Energy, and Maurten gels and racing nutrition I found preferable and needed to refill asap, which meant Amazon Priming a variety pack of Science in Sport for the event. 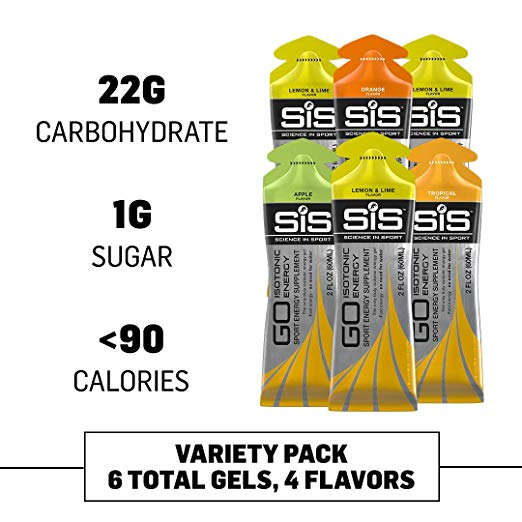 This went by relatively easily and we hit mile 10 a bit faster than goal pace, at 7:18 per mile.

Again, it was aerobically super easy and I was running with my mouth closed at times. Even with the fatigue, I didn’t feel I was really having to work that hard to maintain the pace.

Still, at mile 20 we were still exactly at 7:20 pace, how about that! Pretty damn good.

I was wearing my lightest rain jacket, from Sugoi, as well as a cap and gloves. My EVERYTHING HURTS singlet under, but that never came out until the end. For the bulk of the marathon distance, the rain was quite light and I could honestly not tell it was even coming down, only noticing when I could see it coming down on puddles. I was expecting noticeable wind and rain the entire time but that was certainly not the case. I’d suggest for 50% of the run I noticed neither, for 25% it was just a slight wind and rain, and for 25% it was noticeable but certainly not anything hindering. Only a few times did I feel slowed by the wind and never by the rain.

Come mile 20 I was definitely starting to feel some fatigue.

I had done what I came to do, help pace Clark to his 3:12. Here I let him go and he really maintained that pace to the end with a great finish. For a few miles I could see him ahead of me but eventually I lost sight.

During the final 10k what I really didn’t want to happen was to cramp up and be unable to actually run in. So I lowered my speed, walked the brief but steep couple of underpasses, and walked through the final three aid stations and drank a Gatorade and water cup.

My speed for the final 10k was about :40 slower than the first 30k but much of that can be attributed to simply walking 5 times on the underpasses and aid stations. These walk breaks accomplished the goal and I while I was pretty stiff and tight I never had any cramps and was able to run in.

It was only during the final 5k where I became cold, and it was really just my hands. I believe we finished with a mostly slight headwind and if I had had any Science in Sport gels left I would have been unable to open them with my fingers. My soaked gloves had kept me my hands warm up until that point, however during the final few miles my hands were getting a bit tingly and quite uncomfortable. 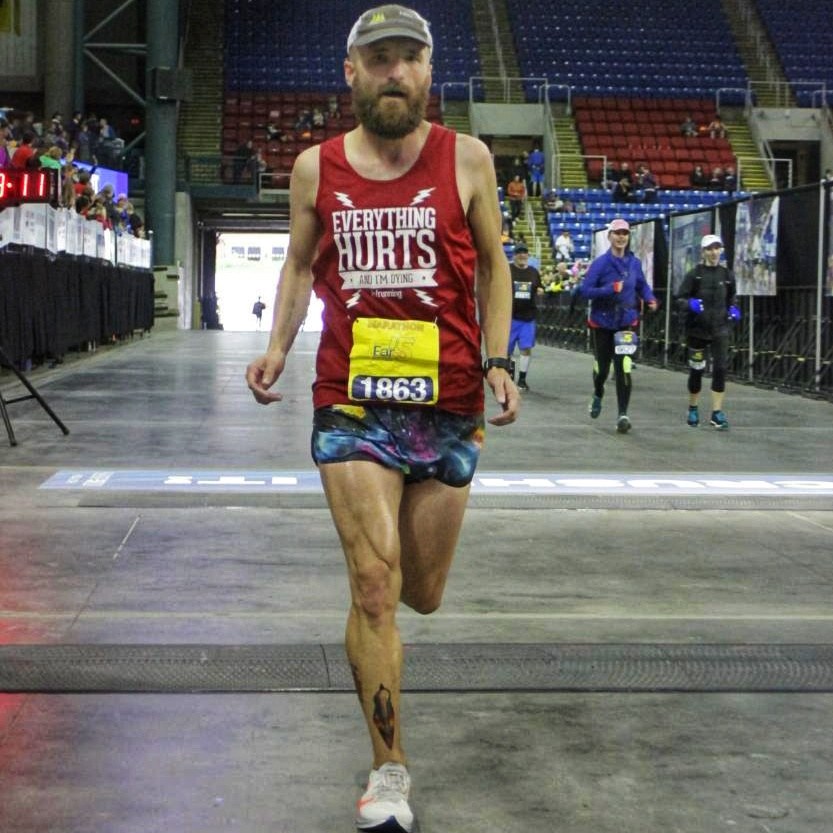 I wouldn’t change a thing!

The rain and wind and temp ended up being better than I expected. Even though I slowed during the final 5k I did so to prevent coming to a complete stop. Seeing the social media posts, strava updates, and talking with 15 people in a hot tub after the race, many were quick to mention the rain, cold, and wind. One Strava title for the race that I saw was ’45 degrees, rain, strong wind’ and I would say “perfect temp, barely noticeable rain, less noticeable wind”.

Clark perfectly ran a 3:12 for a PR and while I was so darn close to getting a second PR in a week, it wasn’t quite meant to be. I maybe could have dug deep into my suitcase of courage and maintained that 7:20 pace for a tiny PR but the risk would have been fully cramping up and running even slower than my 3:16 chip time.

The main goals for both Brookings and Fargo together were to prepare for a fall Boston Qualification attempt, and these did nothing but to increase my confidence. Having run a 3:13 and 3:16 chip times with almost no long runs and holding back for the 3:13 because I had a tiny inclining of doing Fargo if I was able to just PR at Brookings, I have little doubt I could have run a 3:10 at Brookings if I had decided to not ‘just PR’ and maybe do Fargo the following week.

Desi and I are leaving for Nashville mid June and I’ll end up taking at least 4 or 5 days off during the road trip.

Until we leave I’ll probably diddle daddle around with some easy group runs. Maybe I’ll squeeze a 5k or 10k in before we take off. I’m hoping to take the easy 3-4 weeks to get  back into some extra strength work.

Once we get to Nashville for our 2.5 week house-sit (plus some travel afterward) I”ll have exactly 12 weeks to the Sundance Marathon. It’ll be a slow restart to training, I’ll get my workouts and long runs in but it won’t really ramp up with the long runs workouts until we get back to Rapid in mid-July.

It’s also looking like I’ll be trading some run coaching for nutrition coaching, so while I was at least 5 pounds lighter for Brookings+Fargo as I was for my spring 2018 Colorado Marathon, I’m hoping to continue some fat loss over the summer for an even better race weight this fall! 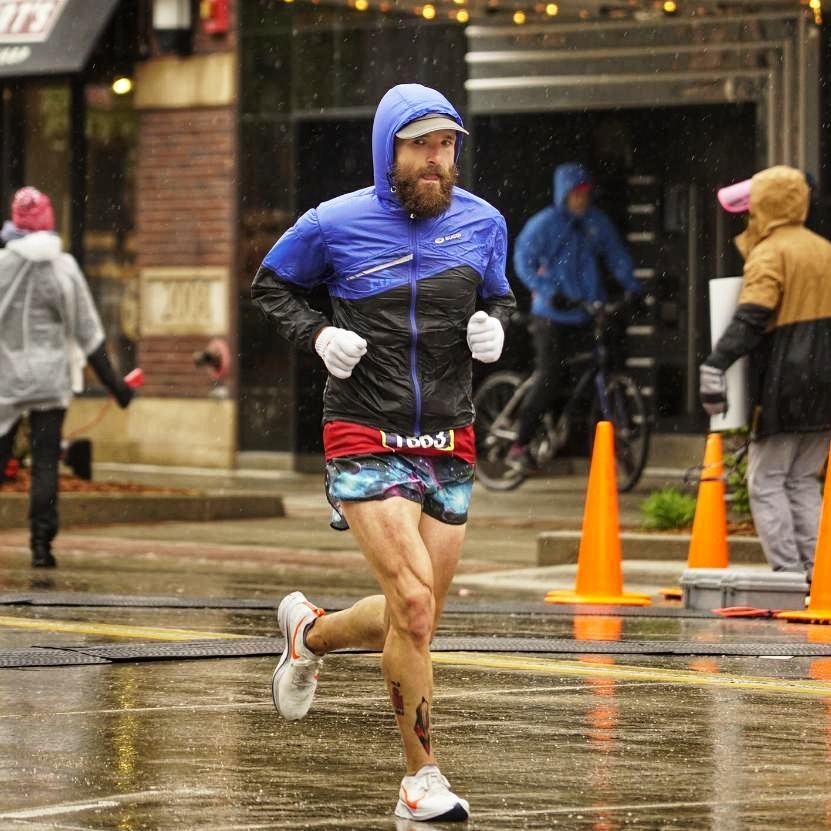