How I solved my calf problem

How’s it going everybody? Coach Kyle here and today I want to talk about how I overcame a calf problem earlier this year.

Last week I had a realization. I thought to myself that it had been at least two weeks since I had thought about my left calf at all! Noticing this inspired me to do this topic here today for you so you can learn what coach Kyle does when he has a little niggle and how to avoid becoming a full-blown injury.

So let’s dive in quick to why I think I started developing this problem and then go through the steps, tools, and practices I put into place to get over it.

I’m not sure exactly why my left calf issues started to develop. It was never a pain at all but just a tightness in the gastrocnemius which is the main bulk of your calf muscle. I couldn’t figure out any pattern, sometimes it felt better after hard runs, sometimes it was stiff when I walked, there were days when it was almost normal and days when it bothered me while walking. When the world started realizing there was a Coronavirus outbreak in China I had gone to Guatemala and while I did leave early to avoid border shutdowns I was still there for 3 weeks. The streets in the town I lived in were made entirely of cobblestone and I can’t help but think this contributed to my calf problem. Think that if I step right in the center of a cobble my calf was either not even touching the ground or over-stretching to go lower and touch – both of which put excess loading on the muscle.

So I’m not sure about the exact reason why it happened but let’s go into the nitty-gritty on what I did so it became a non-issue. 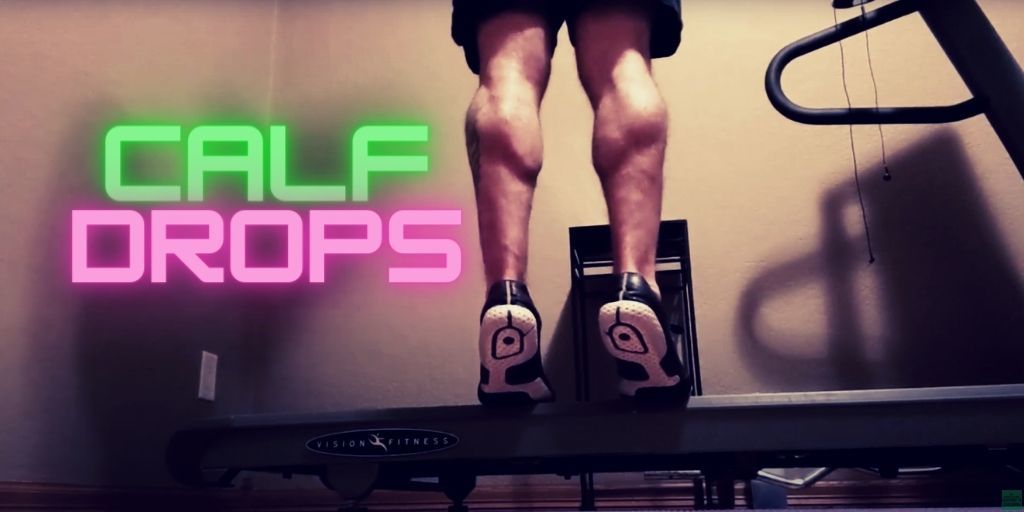 The first thing I did was take two weeks entirely off from running. When I bought my plane ticket to come home early I had a few very busy days left in Guatemala to wrap everything up so I decided to start my period of rest then and I didn’t run but a couple very short times for two full weeks.

I often tell runners and my clients that the best athletes in the world are the best at resting. The ability to be mindful enough to feel that something in your calf or knee isn’t quite right and being willing to not run for a few days or a couple weeks can be the difference between taking two weeks off by choice or running through the niggle and causing it to become a full-blown injury that forces you to take two months off. The ego wants to continue running more, faster, and doesn’t want to take rest. But the ego is not the amigo and should never be making training decisions!

So the first thing I did was rest, however I wasn’t laying around eating Oreos and watching Netflix. While I’ve been doing frequent and consistent strength work in Guatemala before this I used this two week period to increase my strength work even further. I had more time since I wasn’t running as much and I ended up coming out of this two-week break stronger than it would have been otherwise.

The main calf strengthening routine you can implement are eccentric calf drops. Eccentric means the muscle is lengthening but also under load, this is why our quads may ache so bad after a hard downhill run.

See how to do calf drops at https://www.youtube.com/watch?v=2afgT075YSE 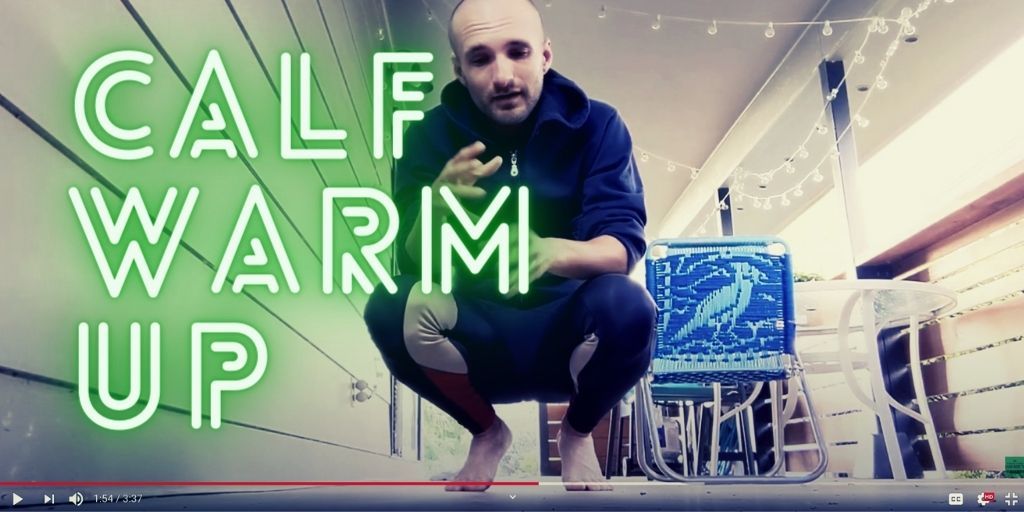 Now there were a few main things I did other than resting when I made my return to running. The first was to warm up my calf before everyone and ice it afterward.

I mean two things when I say that I warmed up my calf. The first is that I literally warmed it up by microwaving a heat pack and putting it on my calf for 10 minutes before every single run.

I did this for all but two runs for three months straight. Whenever I would think that maybe I didn’t need to do it anymore, like before those two runs, I would skip the warm pack and I could tell just a little bit of a difference negatively either during or after these two runs without the pre-run warm pack, so I continued.

I also upgraded my warm-up routine to include more lower leg calf work so not only was I literally warming up the muscle with heat but I was also engaging in some extra muscle activation.

For those first three months of running after the two-week break I also would ice my calf after every single run. I had a nice routine going on and it became second nature.

Now since you don’t typically want to put a warm pack or an ice pack right on your skin I would put a calf compression sleeve on my lower leg, put the pack on that in the correct area, and then wrap it with a band to hold it in place for those 10 minutes.

I purchased the calf sleeve to wear during my training runs as a way to maybe hold the calf in place a little bit better in limit the muscle oscillation or movement while running. My theory was maybe by wearing this compression sleeve the muscle would move around a bit less and that could help limit any damage or irritation on the muscle during those runs.

Get your calf sleeve at https://amzn.to/3hTsPdE 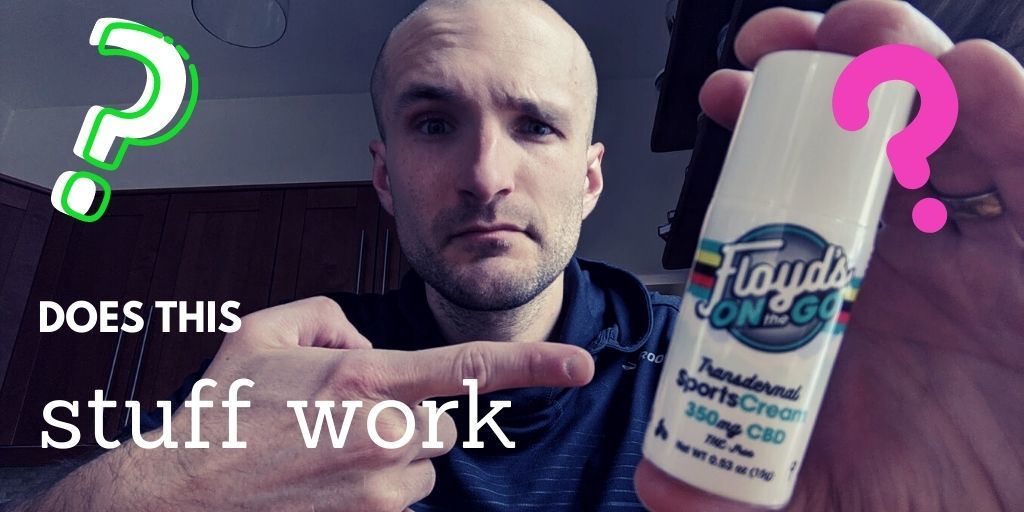 Something else I tried was combining a percussion massage gun with CBD lotion.

I had used CBD lotion in the past and am absolutely convinced its use healed some tendonitis I had in my thumb. To quickly recap on that last winter I had spent three months with some quite noticeable thumb discomfort and I was almost to the point of going to see a physical therapist when I purchased some floyds of Leadville CBD cream to test out on my left quadricep which been a little achy since my autumn downhill marathon. I literally had discomfort in my right thumb for every day over 3 months but after 3 or 4 weeks of using my right hand and primarily my right thumb to rub the CBD cream into my left calf, the thumb pain completely went away! And we’re only talking 15 to 30 seconds of massaging the cream in twice a day, and while this was no scientifically sound study I hesitate to say that 45 seconds of massaging my thumb every day helped that drastically and I really attribute it to the CBD cream getting in there and doing some sort of healing!

Trust me, I’m not typically one to suggest something that has such small amount of scientific research behind it, but this experience really makes me think. According to an article from Harvard​ “CBD may offer an option for treating different types of chronic pain. A study from the European Journal of Pain showed, using an animal model, CBD applied on the skin could help lower pain and inflammation due to arthritis. Another study demonstrated the mechanism by which CBD inhibits inflammatory and neuropathic pain, two of the most difficult types of chronic pain to treat. More study in humans is needed in this area to substantiate the claims of CBD proponents about pain control.”

So anyway, I purchased a new month supply of CBD cream and once or twice a day I would apply some to my calf with a finger but I would rub it in with my percussion massage gun. I figured hitting two birds with one stone would be the best way to go about doing this so I used the flat plastic head on the massage gun and would spend two or five minutes every day applying this cream with a massage gun.

Get your percussion massage gun at https://amzn.to/3gfkmkTUse code Kranz15 for 15% off at https://floydsofleadville.com/product/sports-cream/

There we have it! I’m not sure if one thing was a greater help than others or if all contributed about equally, who knows? But I do know that it’s been a few weeks since I’ve ever negatively felt or thought about my calf at all – so something worked. If I had to do it all over again I’d do everything again, because something worked!

And these are the sort of decision-making processes I take my clients through all the time. While of course we want to avoid having any sort of niggles or injuries pop up, with my knowledge, background, and experiences I can provide my clients with tools and options to solve problems just like this. I lay it out for you so you don’t have to do the research, I hold you accountable so you actually DO the rehab or practices that help.

It’s nice to have someone who has been through it to tell you what the options are and to actually just talk you through them. If you’re serious about this sort of thing and want to learn more about how we can work together to dial your running in, I suggest you schedule a time to chat about working together: kylekranz.com/pbrcoaching