Hey how’s it going, Coach Kyle here, and today I want to talk a little bit about a couple of things client of mine recently said.

The title of his email to me was “thanks for helping me hit my first sub 6-minute mile :-)” and he went on to talk a little bit about his experience doing the time trial.

He starts off by mentioning that a sub-6-minute mile was never one of his goals but having completed it It’s nice to check off such a milestone with a 24-second personal best for the mile.

One thing he mentioned was that his cadence dropped over the course of the time trial and he could feel his legs slightly tiring and the muscles didn’t quite fire as they did during the first quarter of the run. He was wondering if there was something he did wrong or if this was normal. I said that the drop in cadence can typically be expected with fatigue over a single mile or a full 5K or longer high effort run. 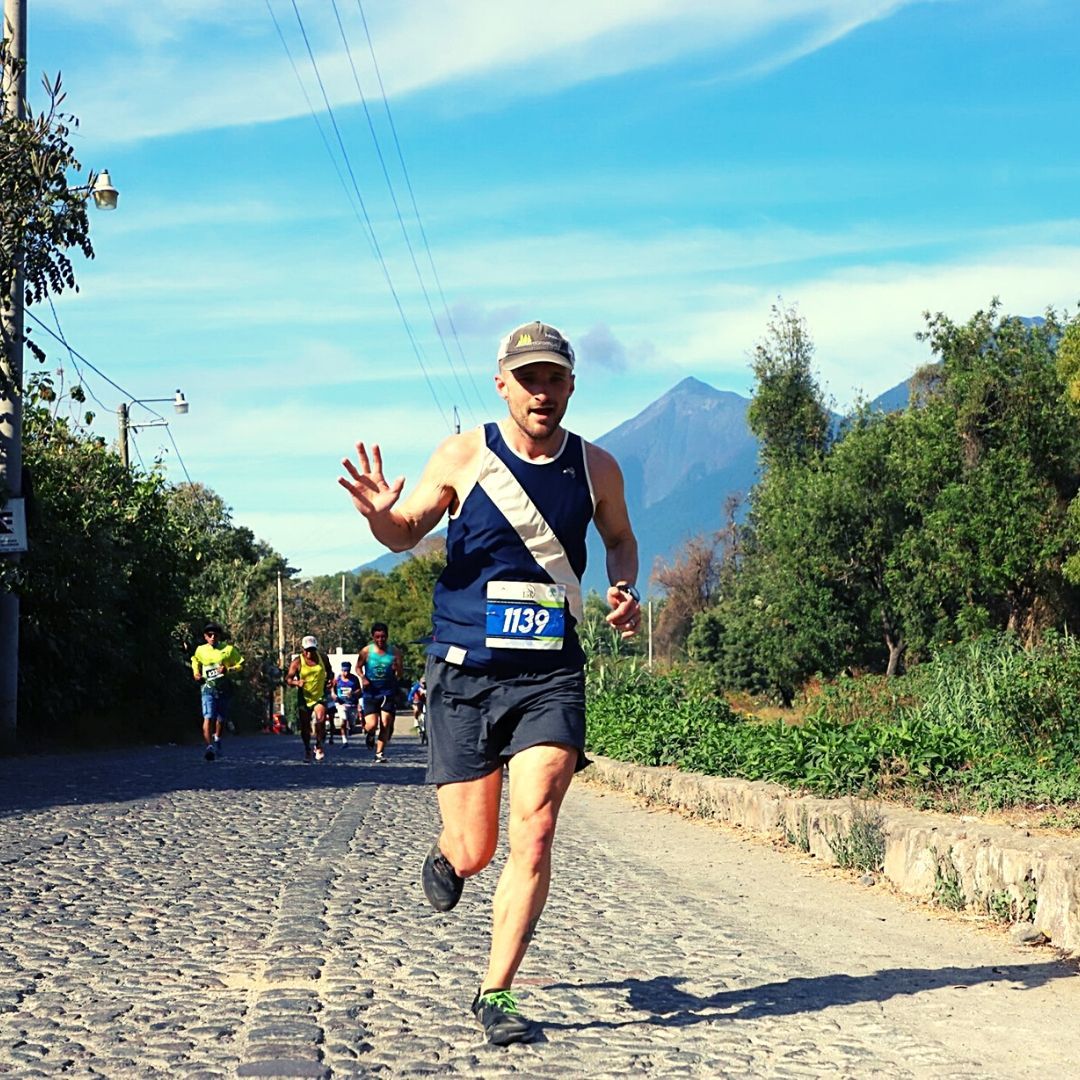 Should you worry about your cadence changing during a race?

I linked him to one study from 2007 that looked at the preferred and optimal stride frequency, stiffness, and running economy changes with fatigue during a 1-hour high-intensity run. The authors remind us that the metabolic cost of submaximal running at a constant speed can be influenced by a number of factors and that the metabolic cost of running typically increases during longer bouts of effort, especially at a higher effort.

When feeling fresh, runners naturally tend to optimize their stride frequency in a manner that minimizes oxygen uptake, this means that the brain actually does a pretty good job of unconsciously influencing your running form to make it as economical as possible. One objective of the study was to determine whether runners demonstrate a similar self-optimizing capability when fatigued. The authors also wanted to look at leg stiffness to see if that can change and they hypothesized that the runners would decrease their stride frequency and the stiffness with the onset of fatigue while at the same time the body was still optimized these characteristics to minimize the loss of running economy.

They had 16 experienced runners complete a near-maximal one-hour treadmill run at a constant speed, this is important because they were not given the option to slow down but at the same time, the pacing was probably well enough that they never really hit the wall or anything during the run.

So in regards to this, I suppose the message is that your brain is doing tasks behind your back without you knowing it and it generally does a pretty good job. Towards the end of a good effort, it’s likely and normal that you’ll find your running technique is a little different than it was at the beginning but that doesn’t mean to say the changes were for the worst.

When it does come down to a hard surge at the end of a good solid effort be it a big workout or a race I do like to focus on increasing my cadence or making my running form a little more snappy at the end and I’m not sure if that is me trying to improve my running economy but it definitely gives me a little something extra to focus on when the going gets tough! 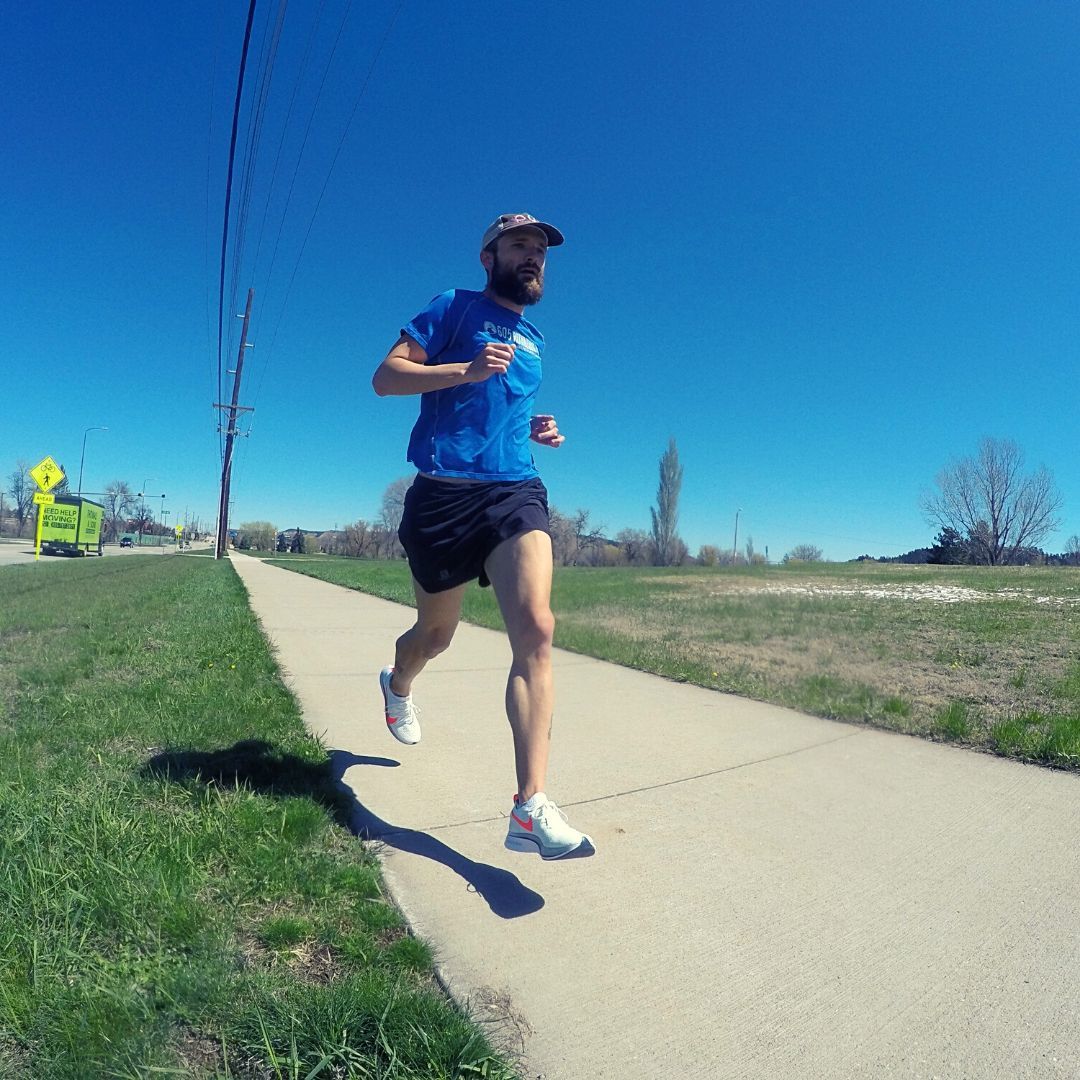 Let’s not forget the upper body!

My athlete also mentioned something that was curious. He said that he noticed his arm position was quite different at the end end of this time trial compared to when he would do normal easy running or even something like 1K or mile repeats.

He said that during the time trial he noticed his hands and arms tended to stay closer into his chest and core but when he’s running slower they are more relaxed and his arms hang down a bit and he feels a little more fluid. I told him that my suspicion is his brain is again self-optimizing his running technique but this time with his upper body! I’ve read about some research or studies that show with a longer lever arm such as having your arms hanging down a bit more and does take a little more energy to swing them And by keeping the hands up a bit tighter into the chest it may require less energy to move the arms, but this arm movement is still very important to generate some rotational torque for the lower body!

In my own personal experience, I used to run with my hands quite low but over time they now tend to be noticeably higher up towards my chest and especially when I’m running at speed and feeling very snappy my arms tend to almost tuck right into where my rib cage is under my chest muscles.

So again the body might be doing some things on its own that you didn’t really realize were happening or were also beneficial!

And I’ll end with one final thing he said which was as an ultramarathoner this was not very specific to his big goals but it’s still nice to see improvements and run fast sometimes. I reminded him that for many runners the faster you can run a 5K the faster you can run a 50k and doing that harder high-end work is still important for ultra-marathoners because if you can improve your aerobic power and your cruising speed while putting out some effort it’s likely that your normal habitual easy speed will also increase!

He told me he’s not sure what’s harder, the mile time trial or a 40 mi ultra marathon but it’s nice to hear that he got a lot of satisfaction out of this most recent run and that he was able to run such a good time despite being an ultra-marathoner.

As always, if you have any questions or comments or experiences related to this subject I hope you let me know because I love reading what you guys have to say!

And if you like what you just learned and want to get more info on my sometimes unconventional yet proven tactics for helping my runners improve their running through sustainable training habits, nutritional guidance, developing great mindfulness practices, and incorporating easy to do running-specific strength work and having all of it come together with great accountability and motivation, download a guide at bit.ly/kyles4pillars where share with you how to implement some different parts of my own coaching into your own training.

You keep running and I’ll keep coaching, talk to you later.