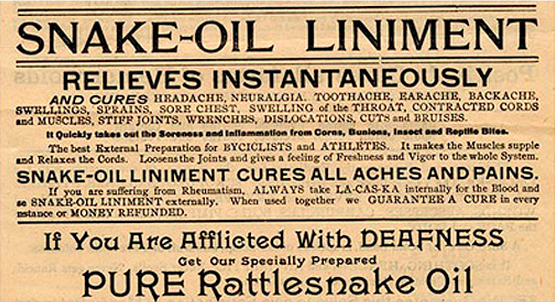 Every month it seems there is a new big supplement making the rounds on the internet and social media.

The latest is L-Carnitine, in this article.

a natural substance found in food; however, it is not considered an essential nutrient because the body can make it from the amino acids lysine and methionine.

1. L-carnitine is THE nutrient, the “ferry” so to speak, that shuttles fatty acids from the blood into the mitochondria — the energy producing “furnaces” in the cells — so that they can be used as energy. If you want to use fat as a fuel as efficiently and effectively as possible, you need l-carnitine.
2. L-carnitine also helps to improve endurance by inhibiting the build-up of lactic acid, one of the primary causes of fatigue.
3. L-carnitine has been shown to reduce the accumulation of metabolic wastes during exercise, helping increase workload output during exercise and enhancing recovery post-exercise.

Other headline substances that have been shown to make drastic fitness improvements have been Beetroot juice or powder (I just had an athlete of mine ask me about it this morning!), baking soda, and nitric oxide, the list goes on and on.

What must be noted is that nearly anything can cause an increase in performance for certain populations.

Taking someone who has a poor diet and putting them on a more well rounded nutrition plan will probably increase their time to exhaustion on a treadmill test!

Doing two time trials, one without any nutrition supplementation and one where the participants simply rinse their mouth with a carbohydrate solution, will cause an improvement.

If researchers do a test looking at nutritional supplementation but the participants go into the time trials without breakfast, they’re going to have better improvements

Who are those certain populations that I mentioned above?

The untrained / low level athletes and athletes with a deficiency in their training (nutritional or otherwise).

You must always take the results with a grain of salt! Look at what type of people were improving.

Are they getting a huge benefit from a nutritional supplement but going into the workout without breakfast? If you eat breakfast or do your training later in the day, you already have protein and fat in your system, so you likely will not reap the same rewards.

If they were to avoid caffeine for a week prior to the test caffeine may help, but caffeine may not do squat for you if you drink coffee daily.

Researchers often take people running 3x weekly and use them for studies! If you’re training 5 times a week, you’re way ahead of what some researchers may use for participant requirements.

It must also be noted that studies looking at one substrate or enzyme (like l-carnitine) do not make much sense when enzymes and substrates are only single items in a long list of reactions and processes that are required for an end result. And let’s not forget the side-effects of such supplements.

nausea, vomiting, stomach upset, heartburn, diarrhea, and seizures. It can also cause the urine, breath, and sweat to have a “fishy” odor.

The study from the initial article that found an 11% increase in performance used moderately trained recreational athletes who trained 3-5 times per week.

So, would I assume any supplement that worked for that group would work for my female athlete running a 3:30 marathon or my guys running under 3:10?

This is a quote from a study on trained athletes, who took l-carnitine.

Effects of L-carnitine supplementation on physical performance and energy metabolism of endurance-trained athletes: a double-blind crossover field study.
Colombani P1, Wenk C, Kunz I, KrÃ¤henbÃ¼hl S, Kuhnt M, Arnold M, Frey-Rindova P, Frey W, Langhans W.
Author information
Abstract
A double-blind crossover field study was performed to investigate the effects of acute L-carnitine supplementation on metabolism and performance of endurance-trained athletes during and after a marathon run. Seven male subjects were given supplements of 2 g L-carnitine 2 h before the start of a marathon run and again after 20 km of the run. The plasma concentration of metabolites and hormones was analysed 1 h before, immediately after and 1 h after the run, as well as the next morning after the run. In addition, the respiratory exchange ratio (R) was determined before and at the end of the run, and a submaximal performance test was completed on a treadmill the morning after the run. The administration of L-carnitine was associated with a significant increase in the plasma concentration of all analysed carnitine fractions (i.e. free carnitine, short-chain acylcarnitine, long-chain acylcarnitine, total acid soluble carnitine, total carnitine) but caused no significant change in marathon running time, in R, in the plasma concentrations of carbohydrate metabolites (glucose, lactate, pyruvate), of fat metabolites (free fatty acids, glycerol, beta-hydroxybutyrate), of hormones (insulin, glucagon, cortisol), and of enzyme activities (creatine kinase, lactate dehydrogenase). Moreover, there was no difference in the result of the submaximal performance test the morning after the run. In conclusion, acute administration of L-carnitine did not affect the metabolism or improve the physical performance of the endurance-trained athletes during the run and did not alter their recovery.

Remember that the people writing the articles need to generate clicks, hits, and news. It’s their job to get traffic to the site with interesting stories, even if they have to make something an interesting story! And the researchers simply may not have access to enough trained participants.

But, what if you only train 3-5 days per week at a lower level?

There are no short cuts.