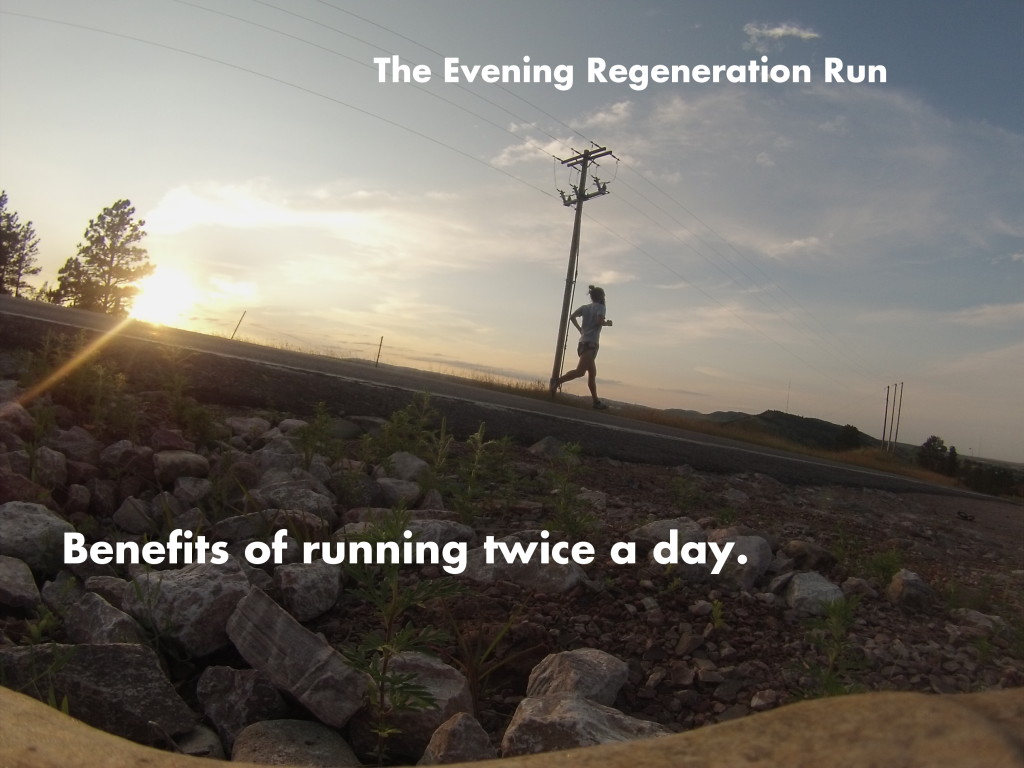 An athlete that I coach inquired about running twice in one day, how it should/can be done, and why.

This is something I do most days of the week and there are three main reasons to do so. I’ll also go into the two primary benefits to doubling at the end of the article.

This is a very common one for a number of my athletes since they either are stay at home parents on their child’s schedule or work a 9-4 type job. Often they simply do not have enough time before work or at some point during the AM to do a full run (10k for example) so they’ll run 6k in the morning and then finish out the run later in the day.

For most people doing this is almost always going to be preferred over just doing the first 6k and leaving it at that. I’ll generally even be completely fine with people in this example going longer during the second run if they can. The reason for this is that splitting 10k up into 6 and 4 makes the overall workout easier, so it’s ok to do more.

Almost every elite distance runner on the planet does two runs a day most days of the week. This is simply because if they’re running for 12-14 hours or 100-120 miles per week if they were to only run 6 days and 6 runs per week that would average out to 17-20 miles per run, which is far too much in each session. Instead they break it up, below is an example of a high mileage week from Ryan Vail. This is probably a 13 hour week for Ryan. 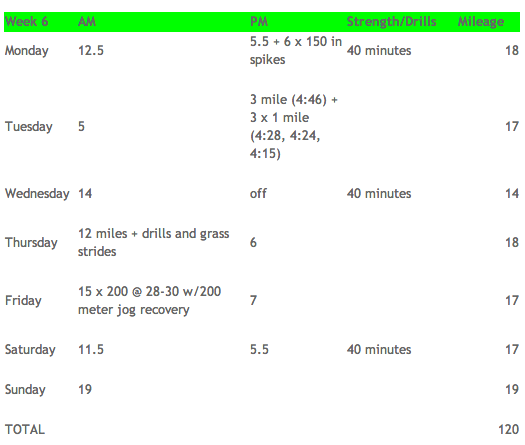 3) Looking to Up Volume

This is where I fall. I’m currently running between 9 and 10 hours weekly and that includes 4-6 20-30 minute regeneration runs during the week. These sessions are very very easy yet serve to increase my total weekly volume. The goal is to get me running more miles while not hurting my key workout goals, it’s certainly a balancing act. 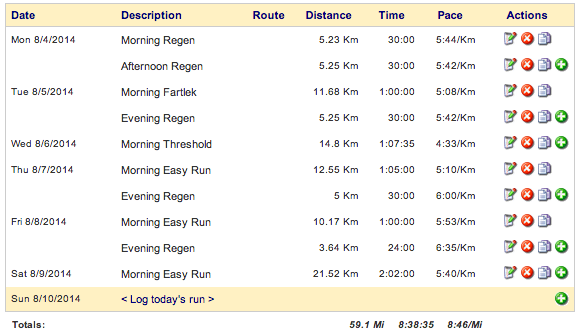 If the goal for the day is regeneration, performing two easy runs is a great idea. Research shows that human growth hormone production, key for recovery, can increase by as much as 500% with 45 minutes of running. However, after that it only increases by another 50% or so. Doing two short and easy runs increases your volume, does not hinder recovery, and increases HGH.

The main benefits can be seen in the reasons above. First is that they allow a person to get more volume in if they cannot fit the run into a single session due to constraints. The second reason to double is if you’re running so much that doing that much volume in 6-7 single runs is simply too long per run.

What is your experience with doubling? Have you tried it?