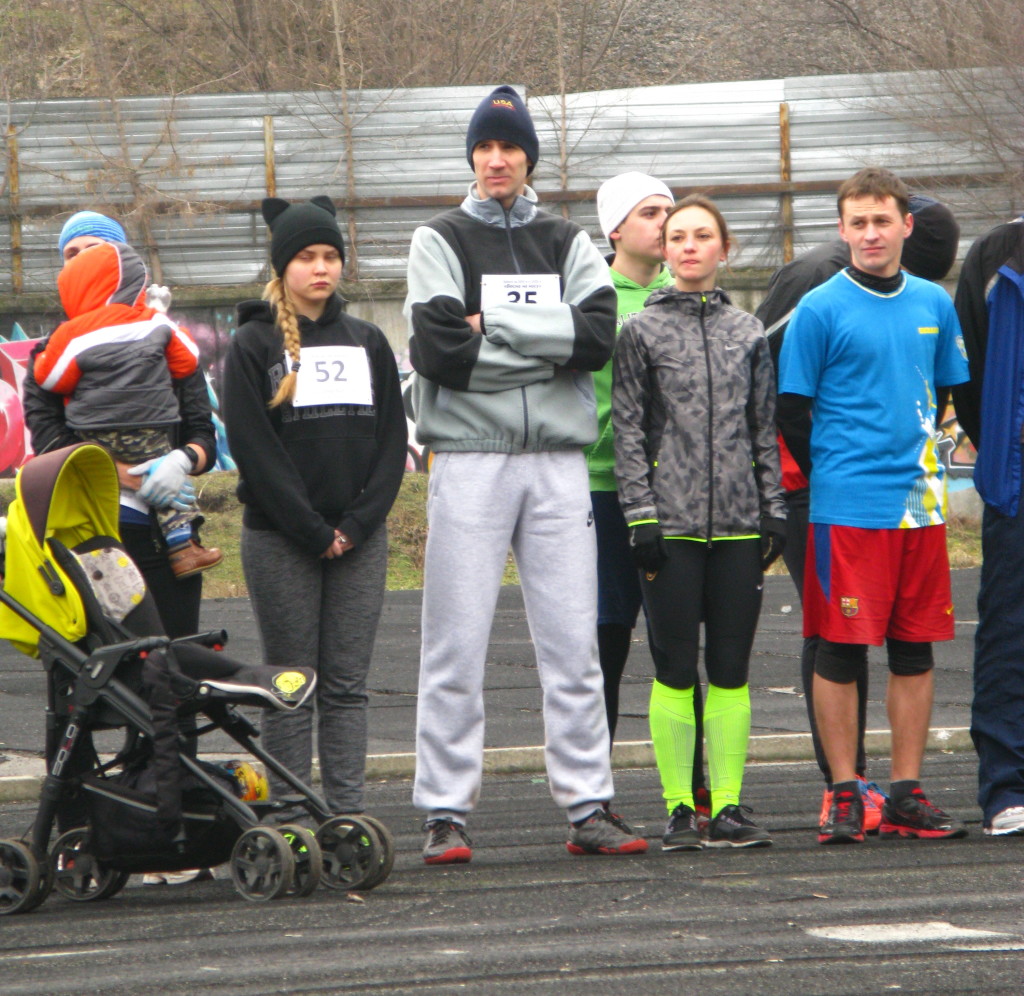 It brings me great joy to present the race report from my athlete Philip (#35) in the Ukraine! This was his first race ever, and I very much enjoyed reading his recap as I hope you do 🙂

This was a 10km track race, which is a perfect tune-up event leading up to the Kiev Half Marathon

1) First of all I’d like to say that the weather was neither good, nor bad. It was cloudy, unstable in atmospheric pressure, windy and quite cold (maybe +5 degrees C). Not that it affected somehow noticeably negatively the ability to run but it made me put on some clothes which otherwise would have made it easier to run without them (soaked in sweat etc.) if it had been warmer out here yesterday :)) However, generally I don’t think the weather really influenced the performance etc. badly. It’s just for full picture

2) The total number of participants was about 35 people. There was also a 5K held there in parallel, which roughly similar quantity of people registered for to take part in. Some of them took part in both starts in succession. I came 7th or 8th of these 35. Though it was some confusion/mixing-up in the results done by those who organized the event and kept the record of it. But I don’t actually care about their official rankings and standings, because I know how I did it and saw me finishing after 7-8 people before me. And I know my effort exerted and perceived. So it’s Ok

3) Most of the people were heel-strikers. Some of them were suprised with me practicing front/middle foot striking. I saw pictures made by my girlfriend in motion (of athletes) and some of the runners were hopping like grasshoppers (they were snapshot being visually really very high above the ground). Since we practice minimalist shoes and a correspondent running form – their jumps and overstriding are very strange for me. They were really overstriding. 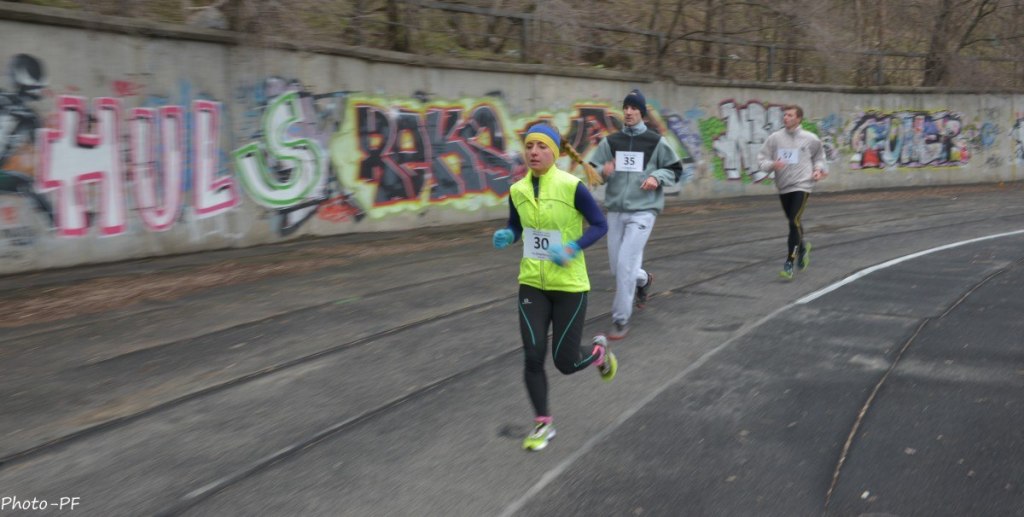 4) As for the pacing strategy we’ve adopted together. I did my best to stick to it throughout the race but it seems to me that I wasn’t accurate at this point. At the start all the runners did a strange and unnecessary sprint (which I consider useless, this is my opinion, maybe I’m wrong), as for me I started calm and made most of them past me in 1-3 laps 🙂 During the first 3K I kept EZ/MOD (actually more likely that even a bit more intensive than my MOD, as I always had to keep the speed of most of the people in order not to lose the average pace practiced by the crowd). Then I felt that the effort exerted is quite not an easy one 🙂 But I shifted the gear after a 3K mark anyway. And since that moment I ran at roughly the same speedy pace to the very end. Sometimes I did faster, some meters I had some relaxation in speed for a while, and only two last 400 m laps I did a bit faster, though not so much as I’d wish to. Breathing was intense but within a normal high gear range (heck, this was a race! what else did I want?!). And at the end I really recalled your quote about inner Yuki :)) The thought of channelling my inner Yuki was on my mind all the time to the finich 🙂 And it’s good! It worked! But I still need to confess that it was very hard :)) I suffered to keep the pace stable to the end (though this suffering was feasible as I can see it from now, sitting and analyzing the race). I tried to keep the pace and not allow myself to indulge and give up, but at some moments it was next to impossible and I wanted to ease down. But did not yield and did it at the same speed to the end.

Note: The Yuku Kawauchi quote he referenced is something I told him I like to use for self motivation at the end of a race “If I die at this event, it’s ok” But I also reminded him that running won’t kill us, we’ll pass out first.

5) The best time in 1st place was 34 minutes! This guy was making lap by lap past everybody. From the very start to the very finish :)) Who is he? And some other guys who showed better time than me were at a very high gear as well. How did they manage to keep that crazy pace? BTW, my running form showed good stability throughout all the distance and I’m very satisfied with this fact. I was always upright with a slight incline, legs worked well etc. BTW, I wasn’t at the peak of my condition yesterday, So maybe I could have showed a bit better result in other day when at the peak. It’s for sure. However, the overall body condition was absolutely normal. My pace was quite hard for me to keep and those faster guys did it even faster! And sustainably! How?! Where did they take that secret fuel from? :)) After the race I was tired (obviously), but not so much, not out of the normal range of fatigue. So, everything’s Ok, I am also satisfied with it and felt myself well. Today in the morning I’m absolutely fine as well. 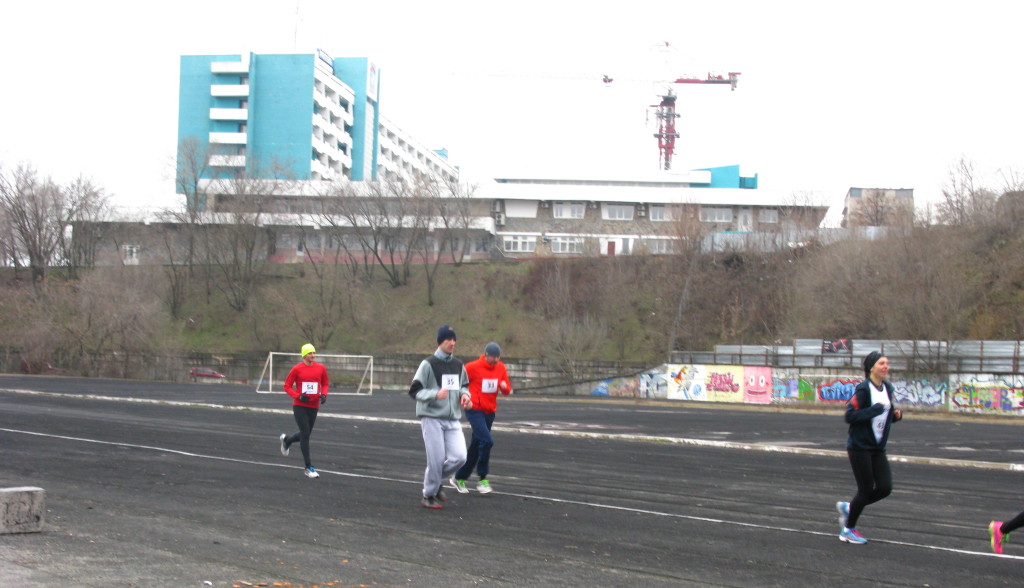 6) What I also noticed about the speed and the influence of gear on it was that all of them wore various brands tempo shoes. I wore my Form and don’t regret it, as my pace was fully due to my own pure power and not due to cushion in shoes, which was so typical among all others. So, I noticed that if I had worn SKORA Tempo (coming out this spring) I could have shown even better pace at the same level of exerted effort. This is my observation.

This seems to be all worth mentioning. If I recall some more interesting facts I’ll add them here later.

Generally, I am extremely excited and happy and satisfied with my participation as it gave me an invaluable experience of realizing who I am (pure me and compared to other people), at what level I am now and how it is to compete with others (there were some small tricks on a track, I liked it all!). And the atmosphere of a competition is very addictive!

I’m definitely looking forward to participating in running events further on in future! I love it since yesterday! :)) For sure!

The only thing I regret a bit is WHY I DID NOT DO IT FASTER NOTWITHSTANDING EVEN A SUFFERING MATTER?! :)) I could do it faster! I am sure, but… I still did it as I did it :(( What may be the advice here? What are the secrects of a running suffering during a competition and ways/methods of overcoming it? Maybe one should just pay no attention to suffering? Simply keep the pace and even increase it and suffering will just be lost somewhere at the background/side of your perception? The more events I take part in, the more experience I’ll get and the more I’ll find out about pressing it harder 🙂

Thank you, coach, once again for your support and expertise. I consider that this my first official personal win yesterday is our common win! An athlete and a coach tandem! This is due to our fruitful cooperation! Oh, BTW, and this is my first official 10K PR! As I’ve never run a 10K in 44 minutes before! 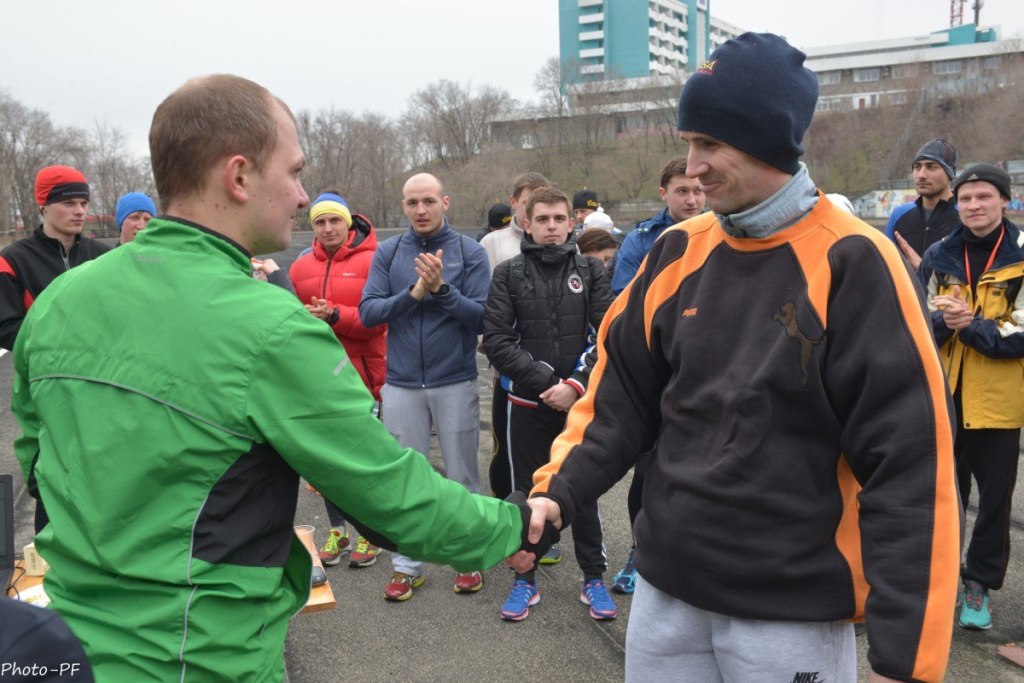