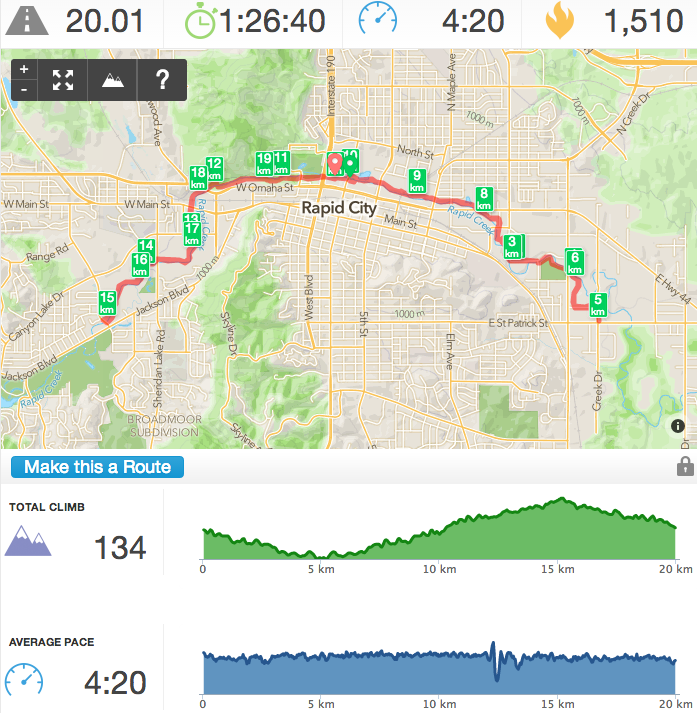 This 20k was longer, faster, and at a much lower effort that last weekend’s 17km race. I’m incredibly pleased by the low perceived effort during the first half of this run. My legs were definitely holding me back though, the lungs were completely fine. I don’t think my calves & hamstrings have fully recovered yet from last weekend’s downhill race + Wednesday’s track workout. 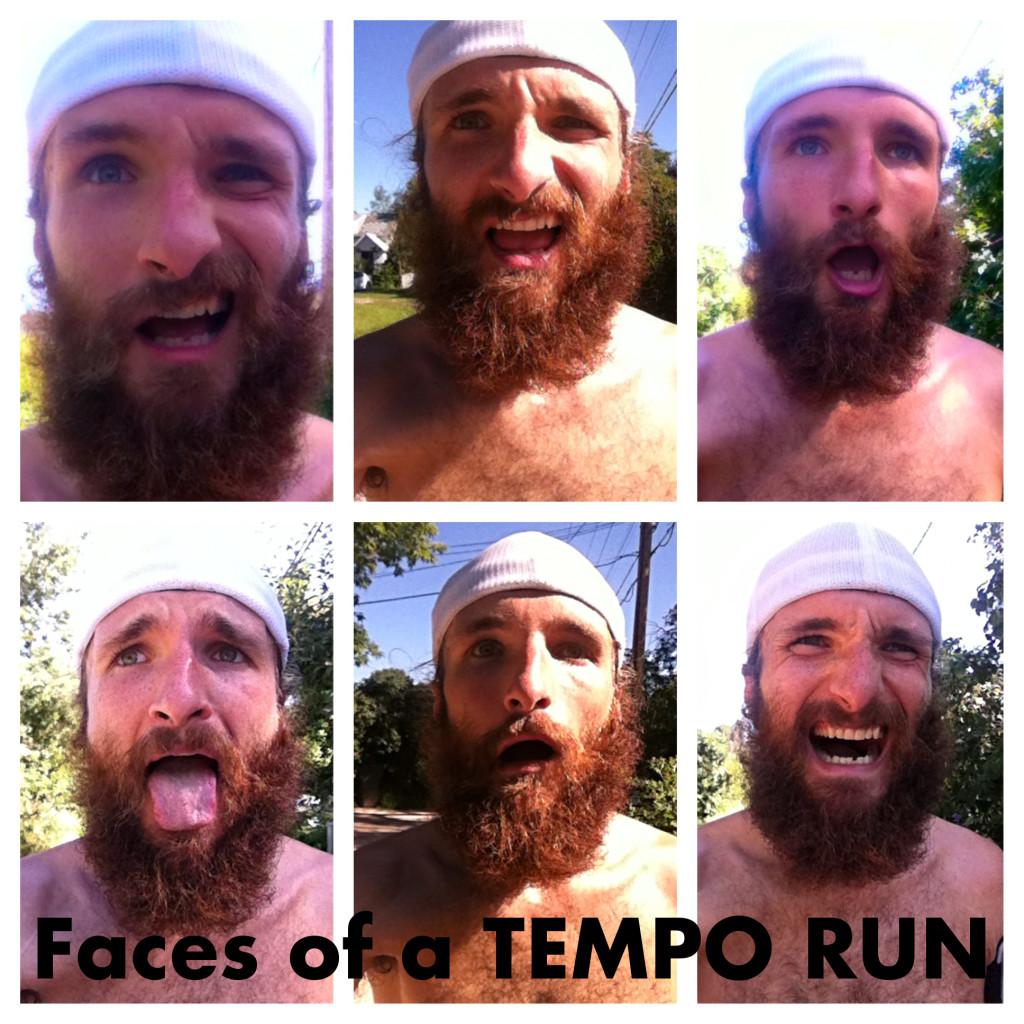 The first slightly downhill 5k was 21:34 and very easy. The next 5k was for the most part the same easy effort but with some headwind & uphill sections so it was of course a bit slower at 22:39. The third 5k was an increase in effort and uphill at 21:54. The final 5k was slightly downhill and a high effort in 20:54.

Nutrition was a Bearded Brother Bar 60 minutes out. A bottle of 1st Endurance Pre-Race 30 minutes out (testing). During I drank 12oz of water ( a sip ever km) with about 100 total cals of their Liquid Shot. Now I’m sipping on some soy milk with 1st Endurance Ultragen mixed in.

(affiliate) links on nutrition:
BB Bars (Bodacious Blueberry is my fav)
Pre-Race (don’t buy because it tastes good)
Liquid Shot (I have the huge bottle)
Ultragen (I like cappuccino) 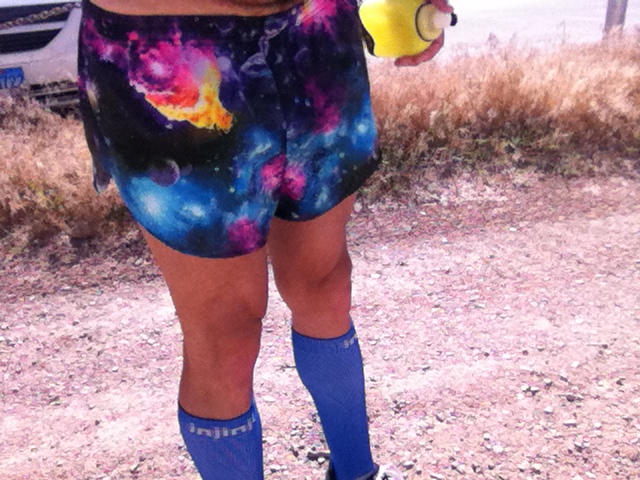 During the run I got a “AWESOME SHORTS, BOSS! FUCK YEAH!” from a guy talking on his phone. We crossed paths at a corner so he had little time to think and was so inspired by the Cosmic Shorts that he felt the need to interrupt his conversation and that just came (loudly) out of his mouth through instinct.