For those who are attempting to become as adept at their sport as possible.

This post is for those like me, who are trying to become the best runner they can.

I wrote this for the people who schedule their days around their training, not the other way around.

I was staring at my bookshelf the other day, and thought to myself, “if I could only read 3 books that are connected to my running, for the rest of my life, which 3 would it be?”

Below are the three books that I’ve read which have had the greatest influence and impact on my athletics. 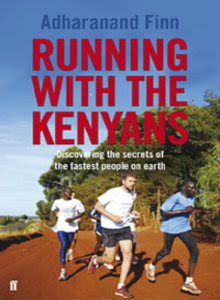 Running with the Kenyans

This is a book about a man who transplanted his life to Kenya, to run with the best athletes in the world. What he learned from them is invaluable to anyone looking to become the best runner they can.

“For Kenyan runners, rest is a serious business. I spoke to some top British athletes who had come to Kenya to train, and I asked them what they thought the biggest difference was between the Kenyans’ training and their own.

“One woman tells me, as we sit on the grass, that she thinks running is like getting drunk in reverse. With drinking, it feels great at first, but then you start feeling awful. With running, you feel awful at first, but then, after you finish, you feel great. That sounds like a much better deal” 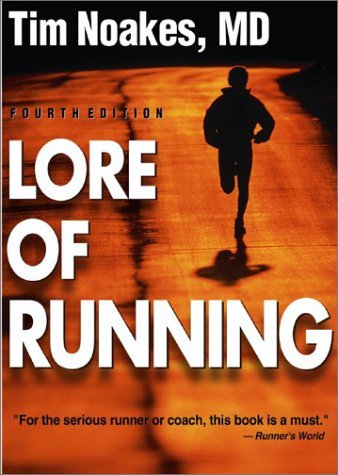 This is the bible of running. It’s what would happen if a text book was enjoyable to read. I doubt there is a piece of running literature available that has more practical information than this.

“Your body will argue that there is no justifiable reason to continue. Your only recourse is to call on your spirit, which fortunately functions independently of logic.”

“My unproven hypothesis is that in the case of a close finish, physiology does not determine who wins. Rather somewhere in the final section of the race, the brains of the second, and lower placed finishers, accept their respective finishing positions and no longer challenge for a higher finish.” The winner’s brain simply doesn’t give in.

The War of Art

This is a book for anyone, be they a runner, artist, writer, musician, who is looking to “go pro” and focus their efforts on this endeavor. A “how to” to gain a Pro State of Mind.

“The artist committing himself to his calling has volunteered for hell, whether he knows it or not. He will be dining for the duration on a diet of isolation, rejection, self-doubt, despair, ridicule, contempt, and humiliation.”

“In my view, the amateur does not love the game enough. If he did, he would not pursue it as a sideline, distinct from his “real” vocation.”

“The most pernicious aspect of procrastination is that it can become a habit. We don’t just put off our lives today; we put them off till our deathbed.